When a Rapper Claimed the Earth Is Flat, These Astronauts Took Him to School

Astronauts and science circle the Earth to convince celebrity rapper that the Earth is indeed round. 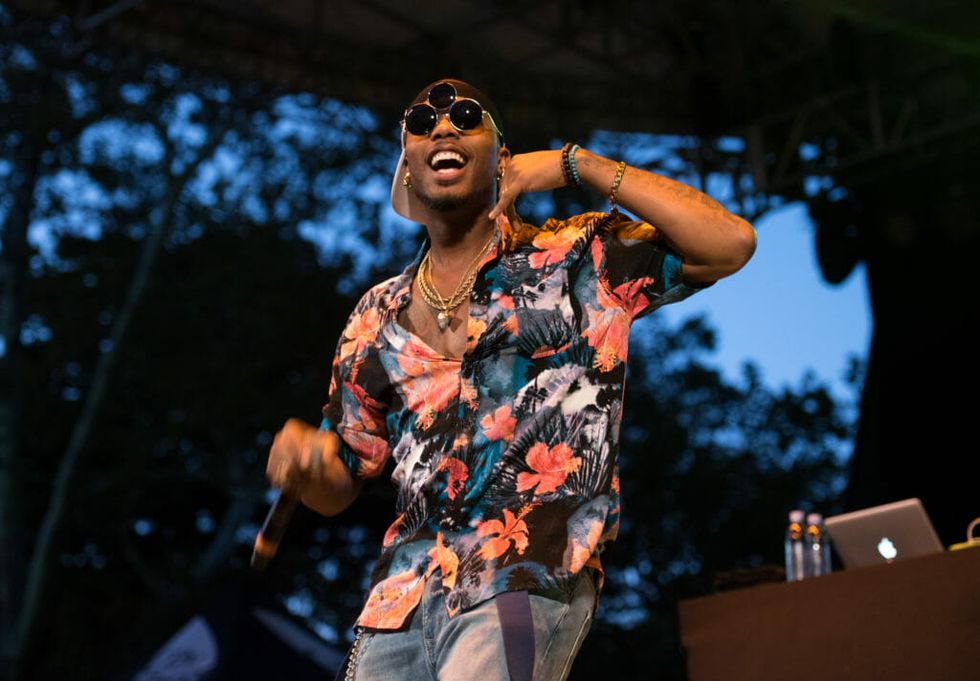 Hold onto your gravity and orbits, because turns out the world is flat! That is what rapper B.o.B., known for such hits as “Airplanes” and “Nothin’ On You,” wants to prove by sending a satellite up into space. Both former and current astronauts have chimed in with their opinions, and personal experiences, on the subject.

Using his real name of Bobby Ray Simmons, Jr., the rapper recently set up a GoFundMe page for his “Show BoB the Curve” campaign, which seeks to raise $1 million for the purpose of proving that the Earth is flat — or round. He’s not entirely clear on that.

What is more clear is that B.o.B. is a fan of many conspiracy theories, and has been subscribing to the self-explanatory Flat Earth theory since at least January 2016. He posted on Twitter a photo of himself at a high elevation, pondering why he couldn't perceive curvature in the horizon: “The cities in the background are approx. 16 miles apart… where is the curve? please explain this.”

After an ensuing Twitter feud, and then a rap song battle between B.o.B. and fellow rapper Tyson, the astrophysicist’s nephew, the former was not deterred from his faith that the people of Earth have been deceived since the days of Ancient Greece, when Pythagoras proposed a round Earth.

B.o.B.’s GoFundMe page originally asked for $200,000 to send one satellite high enough to prove his point, but has since raised the ante to $1 million so that he can employ every known resource to test his theory. He includes a brief explanation of his intentions:

“What's up guys! Help support B.o.B purchase and launch multiple weather balloons and satellites into space, for experimental exploration. He's donated 1k to the cause to get it going, and will be keeping you updated with step-by-step documentation of the process! Help B.o.B find the curve!”

What B.o.B. doesn’t explain is why and how he expects to use known science and technology to disprove what science and technology has steadfastly established for quite some time. While a quick google search and countless photographs of Earth as seen from space don’t seem enough to convince the rapper, perhaps some personal accounts would save him the trouble, and the wasted money, of his high-altitude endeavors.

READ: “Flat Earth Society” Is Not A Joke–It’s Real And It’s Growing

To read the how the astronauts responded, please continue to page 2.

First up to bat was Terry Virts, who orbited the Earth many times over while stationed on the International Space Station: “I can save BoB a lot of money— The Earth is round. I flew around it.”

Buzz Aldrin, who walked on the moon, reminded everyone of his own trip around the Earth, while at the same time explaining for the rapper how orbits work: “I did too. It's called an orbit: the curved path of a celestial object around a star, planet, or moon.”

Astronaut Scott Kelly went one step further, sharing a video of a full orbit around the Earth. He suggested that the money raised would be better spent on Puerto Rico relief.

Unfortunately, the testimonies of these astronauts has only convinced B.o.B. that he’s that much closer to exposing an X-Files esque conspiracy wide open. For him, the truth is up there!

B.o.B. and his fellow Flat-Earth believers — Flat Earth Societies are a real thing — are adamant that the mountains of evidence that the Earth is round are all part of a vast conspiracy.

Others are not convinced, though, that the rapper has sincere intentions with his GoFundMe campaign. Chaim Gartenberg, who writes for The Verge, cautions that B.o.B.’s publicity stunt is nothing more than a scam — one in which the rapper can run off with the money without ever having to prove once and for all his own fallacy.

Neil deGrasse Tyson is quick to remind the rapper of his better contributions to society: “Duude — to be clear: Being five centuries regressed in your reasoning doesn’t mean we all can’t still like your music.”