In Post-Fact America, Alternative Scientists Put Belief Ahead Of Fact

Alternative scientific theories are not supported by evidence, yet they are gaining traction among believers 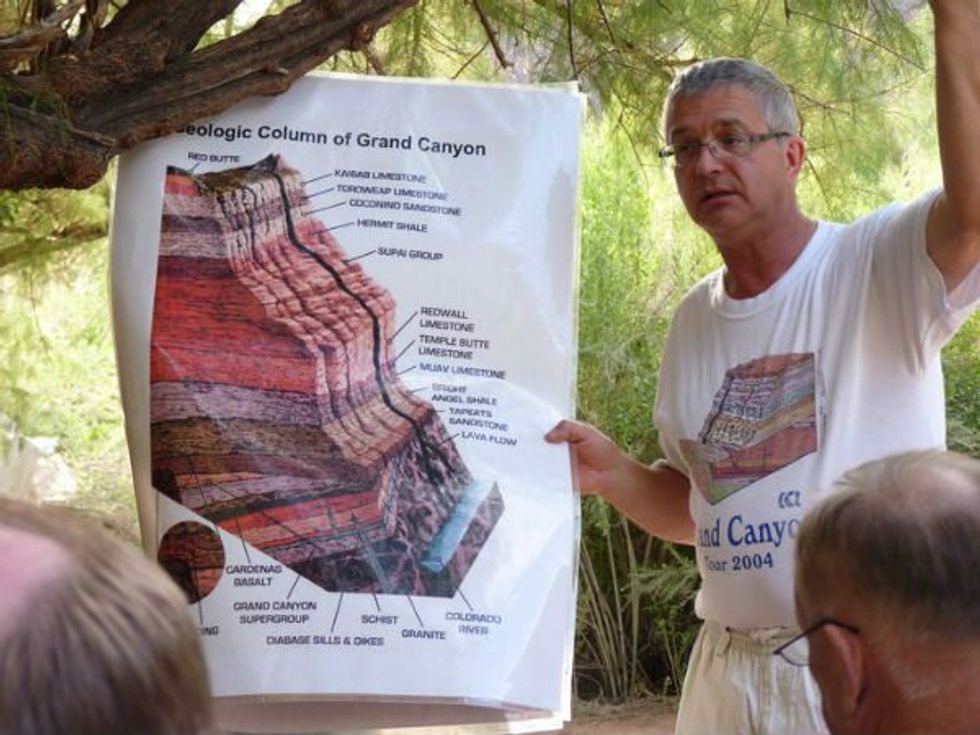 We live in an age in which “alternative facts” are given equal respect — and disproportionate influence. So it follows that “alternative science,” or pseudoscience, is fast becoming an accepted version of reality. Often peddled by celebrities, including Jenny McCarthy and Gwyneth Paltrow, this alternative science — that is, science based solely on opinion supported by no evidence or proof — is gaining influence and demanding equal access.

Pseudoscience isn’t limited to healthcare. When Andrew Snelling, a self-described creationist geologist, applied for a permit to collect rock specimens at four locations within the Grand Canyon to support his claims that the famous rock layers were created in Noah’s Biblical flood, his request was initially denied. The National Park Service consulted three professionals before deciding that the claim was not scientifically valid, and told Sullivan alternative locations outside of the park would provide him with a suitable alternative for gathering the samples.

"His description of how to distinguish soft sediment from hard rock structures is not well written, up-to-date, or well referenced," said Karl Karlstrom, a geologist at the University of New Mexico, who reviewed Sullivan’s proposal. "My overall conclusion is that Dr. Snelling has no scientific track record and no scientific affiliation since 1982."

The park has granted Snelling access in the past, and still permits him to run young Earth tours of the park. From 1998 to 2007, Snelling was a geology expert at the Creation Science Foundation and has since worked for Kentucky-based Answers in Genesis, an organization that investigates geology "from a Biblical perspective" and established the Creationist Museum and Ark Encounter theme park. A “young Earth” creationist, Snelling believes that the Earth was created in six literal (24-hour) days, which occurred 6,000–12,000 years ago and are described in the Book of Genesis, which he insists is “history, not poetry, parable, prophetic vision, or mythology.”

Snelling, along with the Christian legal help organization Alliance Defending Freedom, sued the National Park Service, claiming that it discriminated against his creationist beliefs when it prohibited him from taking samples and violated Snelling's constitutional rights and the Religious Freedom Restoration Act, as well as Trump's May 4 religious freedom executive order. The park reversed its decision, and Snelling is now scheduled to visit the park in August to collect samples.

Not all Christians agree with the young Earth creationists, including those in the scientific community.

“In science we want to be the type of community where people can bring about ideas that are controversial,” says Stephen Moshier, a geologist at Wheaton, a Christian liberal arts college in Illinois, and a former president of the Affiliation of Christian Geologists. He says young-Earth creationists are too inflexible when faced with evidence contradicting their ideas. “Often I read things by young-Earth creationists where I think they really ought to know better. Many of them have excellent training in the geosciences.” Moshier is the author of The Grand Canyon, Monument to an Ancient Earth, which directly refutes young-Earth creationists who cite the canyon as evidence of Noah’s flood.

Another theory gaining traction in the alternative facts era is that the Earth, generally believed to be spherical, is instead a flat, rectangular planet resembling a table. The Flat Earth movement, according to Neil DeGrasse Tyson, is the result of the failure of the education system. But others are less dismissive.

“This is a new awakening,” says John Vnuk, founder of a Colorado Flat Earth group. “Some will accept it, some won’t. But love it or hate it, you can’t ignore Flat Earth.”

Flat Earthers gather across the globe — er, world — to discuss their theories, and answer questions such as, how does the Flat Earth theory work with the August 2017 solar eclipse? The answer? “We’ll have to do more research and get back to you on that.”