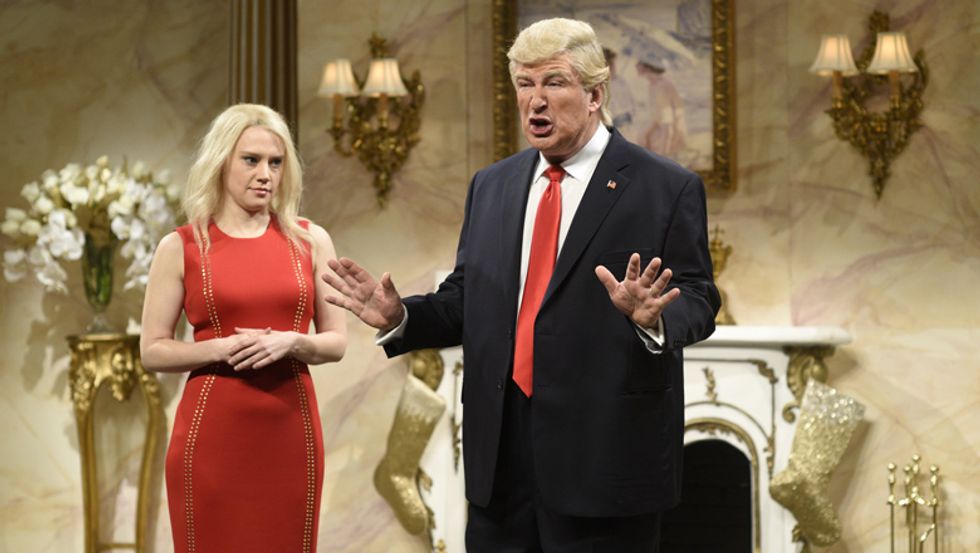 Saturday Night Live fans hoping for a new episode will have to wait until next week. SNL returns November 4 but there is a Halloween David S. Pumpkins special tonight.

On October 21, SNL aired episode #1728. It was hosted by Kumail Nanjiani and had P!nk as the musical guest. Nanjiani is a Pakistani-American actor best known for his roles on HBO's Silicon Valley and his romantic comedy film The Big Sick.

In his intro, Nanjiani took the stage and addressed hot-button issues like Islamophobia and racism. However, his approach to racism was untraditional. He focused primarily on his conservative, Muslim parents coming to terms with his marriage to a white, American woman, writer Emily V. Gordon. Eventually, the monologue spread to a larger scope about "race mixing." Nanjiani then took aim at white supremacists.

You can watch the entire opening monologue bu Nanjiani below:

But why isn't SNL on tonight?

Saturday Night Live is not budgeted by NBC to be on every week. The show schedule is two weeks on, two weeks off. Lorne Michaels, the creator of the hit show, was given the choice by NBC executives of two episodes a month or 3 episodes a month, but with a staff budget that was 1/3 less.

Michaels wanted to keep the quality of the show high so chose to have lesser episodes.

SNL returns next Saturday, November 4 with, host Larry David and musical guest Miley Cyrus. Any host schedule after that, SNL has yet to announce.