With Sanctions Poised to Lift, Many Iranians Remain Cautious 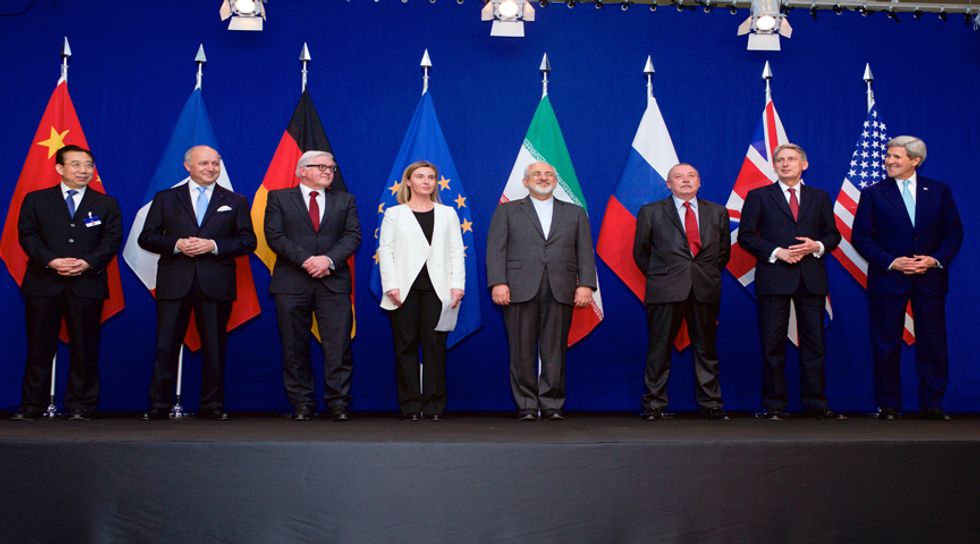 In July, Iran reached a landmark nuclear nonproliferation deal with the United States and five other world powers. The recent failure by Congressional Republicans to block the deal cleared the way for the White House to begin the process of lifting Iranian sanctions. For a country that has been under the thumb of sanctions for decades—and crippling sanctions for over five years—the hope of a stronger Iranian economy, cleaner air, increased travel and higher employment is tantalizing. But experts agree that there is still a long road ahead for Iran, and most Iranians are not celebrating quite yet.

The Impact of the Sanctions on Iran

Iran has been under varying levels of sanctions from the United States since the Iranian hostage crisis in 1979. For instance, United States firms have long been largely prohibited from trading with or investing in Iran. However, after Iran was found noncompliant with its international nuclear nonproliferation obligations in 2005, these sanctions intensified and were implemented by other countries as well, including member states of the European Union, Korea, Canada and Australia.

In 2011, in response to a United Nations report warning about Iran’s nuclear activities, the United States redoubled its efforts to isolate Iran economically, refusing to conduct business with any financial institutions that dealt with Iranian banks. Additionally, the United States deeply curtailed Iranian oil revenue with extraterritorial sanctions. The European Union and the United Nations have imposed similar sanctions. The EU has also frozen an estimated $4 billion in Iranian assets.

The effect of these sanctions over the past few years has been devastating for Iran, particularly the Iranian middle and lower classes. Some sources estimate that Iran’s economy has contracted by 20 percent since 2010. (As a comparison point, the United States economy shrunk by about five percent in the aftermath of the 2008 financial crash and recession.) The effect of the oil embargo alone cost the Iranian economy an estimated $4 to $8 billion a month, as oil exports, which accounted for roughly half of Iran’s revenue, dropped by more than 40 percent in 2012 alone.

At the same time, unemployment has risen, especially among Iran’s large population of young adults (a disproportionate 35 percent of the population is between the ages of 15 and 29). While the country’s official rates put unemployment at around 12 percent, some analysts put the actual figure at twice that, with unemployment rates in Iranian youth as high as 40 percent. Iranian youth wait an average of three years for their first job, and are

often forced to delay marriage due to a lack of earning power. Because sex outside of marriage is frowned upon in Iran, delaying marriage can “increasingly exacerbate a sense of exclusion and frustration” in Iran’s young people. A 2013 Gallup poll found a full 85 percent of Iranians reported that sanctions had personally hurt their livelihood, with a corresponding decrease in emotional well-being.

Sanctions have also led to a skyrocketing of inflation rates. The rial, the Iranian unit of currency, plummeted after sanctions were imposed– losing approximately 75 percent of its value in 2012. As a result, Iranians were priced out of a number of luxuries, and even necessities became hard to afford. The cost of chicken, a staple in the Iranian diet, rose so steeply that protests erupted. Vegetable prices almost doubled in one week alone.

Vital medicines have become harder to find, in particular drugs for geriatric patients and for certain cancers, including childhood leukemia. The tourism industry has all but completely ceased. Air quality has worsened considerably—at times even worse than Shanghai’s—a result of Iran being forced to refine its own oil. And air travel has become increasingly dangerous, as Iranians find themselves unable to buy replacement parts or planes due to sanctions.

How Will Lifting Sanctions Impact Iran?

With sanctions poised to lift, there is reason to expect an economic upswing in Iran. Temporary sanction relief instituted in November 2013 had a marginal impact on the economy: The official inflation rate fell to about 20 percent and the rial-dollar exchange rate rose about 20 percent by the first quarter of 2014.

But most experts stress that the lifting of sanctions is an ongoing process and is unlikely to create a sudden windfall for Iranians. As reported in the Wall Street Journal, though the deal is likely to be formally adopted in mid-October, Iran must take a number of steps to scale back its nuclear infrastructure before the plan is implemented. For instance, it must reduce its stockpile of fissile material by 98 percent, remove more than 10,000 centrifuges from its nuclear facilities, and take the core out of the Arak plutonium reactor. Many estimate these steps will take about six months to complete. Only after the plan is implemented and the International Atomic Energy Agency verifies that Iran has met its commitments will sanctions begin to be lifted. However, the United States’ sanctions relating to human rights abuses will remain in place, including asset freezes, travel bans and a general preclusion from most U.S.-based businesses doing business in Iran.

Importantly, the deal also includes a “snap-back” provision, so if Iran fails to honor the deal, sanctions will be re-imposed. The snap-back provision may impede the speed of recovery as

companies will have to overcome their hesitation of doing business with a country subject to such a provision.

There is reason for optimism, however, even if the economic turnaround may not be immediate or complete. European oil producers and French automakers have said they are excited to do business with Iran again. As Iran’s assets unfreeze and it begins to trade in oil again, the economy likely will rebound, with a corresponding increase in employment and decrease in inflation.

Iran may also see a rebirth in its tourism industry, as its arresting architecture and historic cities begin to open up to travelers. And foreigners can expect to travel to Iran more safely, as United States’ sanctions relating to aircraft will be lifted so that Iran can replace its aging and dangerous fleet.

Iranians themselves remain ambivalent about the deal. As reported in The Guardian, one Iranian woman shrugged, “I don’t think it will have much of an impact on our lives.” She continued, “I think most of the benefit will accrue to the higher echelons of society: I mean, that’s the way it’s always been. I don’t know how this is going to be any different.” This thought was echoed by prominent Iranian economist Fariborz Raisdan, who stated that “a section of the middle class will experience a moderate improvement, but this improvement will not mean that the country’s poor will be saved.”

Others express more hope. Said another Iranian, “Maybe the economy is going to change, especially for the young people. I was thinking about leaving, but now I will stay to see what happens.” In an opinion piece for the New York Times, Reza Aslan wrote that easing sanctions and giving Iranians access to the rest of the world may accomplish “what all Iranians . . . dream of: an Iran that is a responsible actor on the global stage, that respects the rights of its citizens and that has warm relations with the rest of the world.” Prominent Iranian filmmakers and playwrights expressed hope that the lifting of sanctions and corresponding economic upturn would spur cultural and artistic growth.

There are many other factors tied into this deal – the validity and intentions of the Iranian government; the propriety of continuing to feast on Mideast oil; the threat of nuclear weapons; the brunt that the middle class of any country bears as politics unfold around them. It would be overly-optimistic to hope that this deal will unify an increasingly political world. But while emotions bubble underneath the surface, there is hope that this deal will work – for the United States, for the world, and for those most affected by the daily toll of the sanctions: the average Iranian.