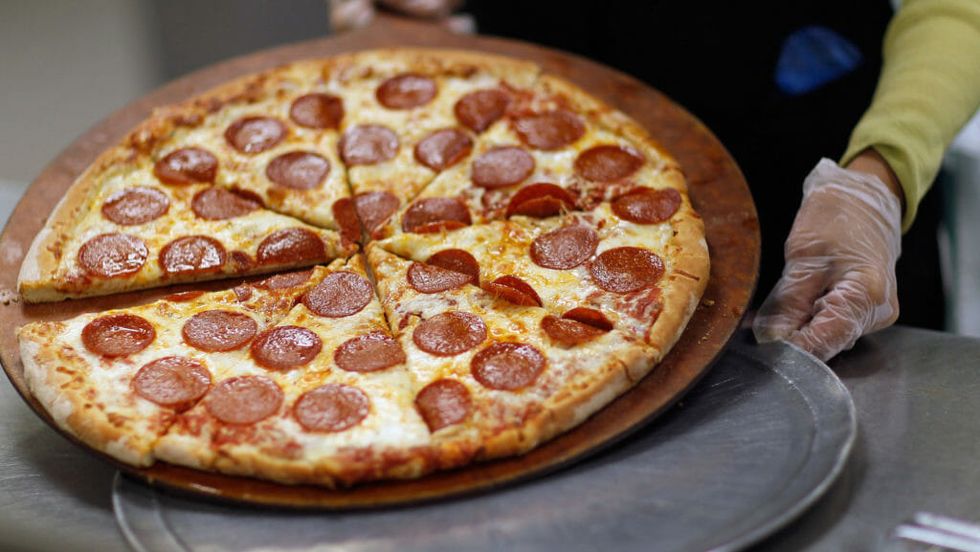 New Year's Eve is finally here, and with the craziness of the holidays, you may not have had time to prepare a special home-cooked meal. While many pizza delivery services will be closed on New Year's Eve, some will be open special hours for deliveries.

According to a press release from Domino's, New Year's Eve is one of the top-selling pizza days of the year. Below, we've put together a list of the top pizza joints in the country, and their New Year's Eve hours. As always, hours may vary by location, so be sure to check the hours of a pizza delivery service near you to make sure you don't waste any time.

Many Domino's stores will be open until 2 am (in some cases 3 am) on New Year's Eve. In New York City, almost all Domino's Pizza restaurants will open on or around 10 am on Sunday, and remain open until 2 am on Monday.

According to Domino's official Twitter page, you can get 20% off everything Domino's when you order online through December 31.

Some Pizza Hut stores will be open until 11 pm on New Year's Eve, but many will be closed.

Use Pizza Hut's official store locator to find the hours of your nearest Pizza Hut. (Many locations are offering a pre-order possibility so you know you'll have your pizza in time!)

Different Papa John's locations are running on different schedules on New Year's Eve. Some are closing at midnight, while others are staying open until 1 am or 2 am.

Use this link to find the closest Papa John's near you. You'll be taken to a page with that store's phone number so you can call and double check its New Year's Eve hours.