Who Is The Patriots' Backup Quarterback? 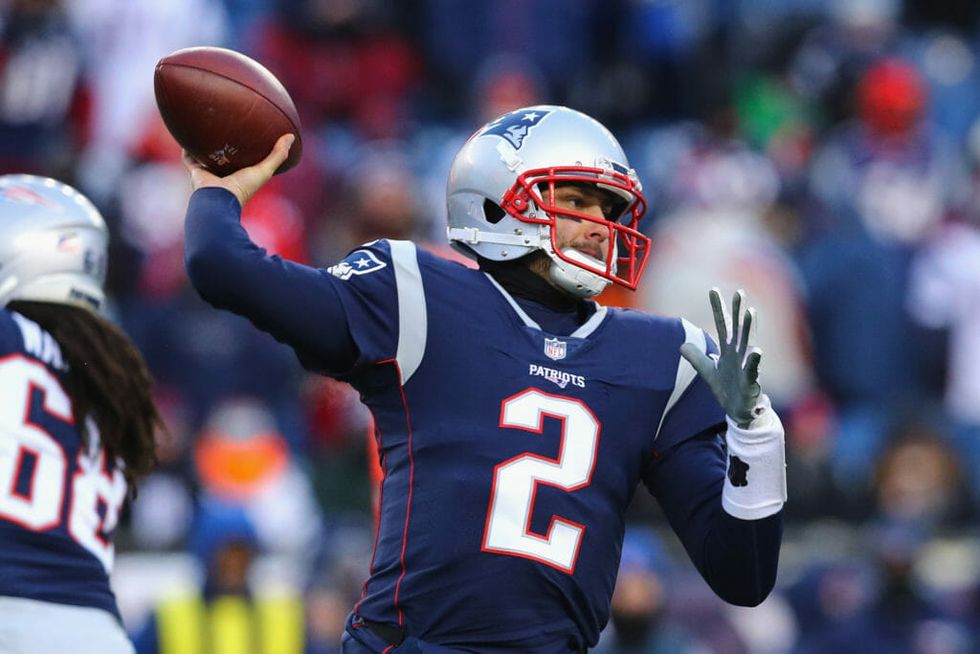 Recently, reports have surfaced that New England Patriots quarterback Tom Brady might be injured. He was listed as a limited participant in Wednesday's practice. Not only that, but Brady ended up missing a press conference to visit the team's medical staff. Rumors are swirling around Brady's health and his ability to play effectively in Sunday's AFC Championship game against the Jacksonville Jaguars.

If Brady were unable to play, the Patriots would obviously need to turn to their backup quarterback. For those who don't know much about New England's roster, here's a bit of an introduction to the man who could end up playing Sunday, if Brady needs to sit out.

Brian Hoyer played his first professional football game with the New England Patriots back in 2009. He played as Tom Brady's backup for three seasons, then bounced around the NFL quite a bit. The bulk of Hoyer's starts came with the Cleveland Browns during the 2013 and 2014 seasons; he's also played for the Cardinals, Bears, Texans and 49ers throughout the course of his career.

Hoyer's thrown 48 touchdown in his career against 30 interceptions. His lifetime completion percentage sits at 59.4; roughly 4 points below Brady's, in case you were wondering. His lifetime QB rating is 83.3, whereas Brady's is 97.6.

Hoyer's chief asset is said to be his arm strength; he's able to hurl passes 50 yards down the field with remarkable ease. Regardless, he's a steep downgrade from Brady, who's regarded by many as the greatest quarterback of all time. Were Hoyer to play this Sunday, the Patriots' chances to win would take a hit.

The fact that the Patriots traded away former backup QB Jimmy Garoppolo earlier this season is sure to be dissected in the wake of Brady's injury, particularly if he ends up missing all or part of this Sunday's game.