Oregon became the first state to allow a gender-neutral designation on IDs, and there's been mixed reception within the state and beyond. 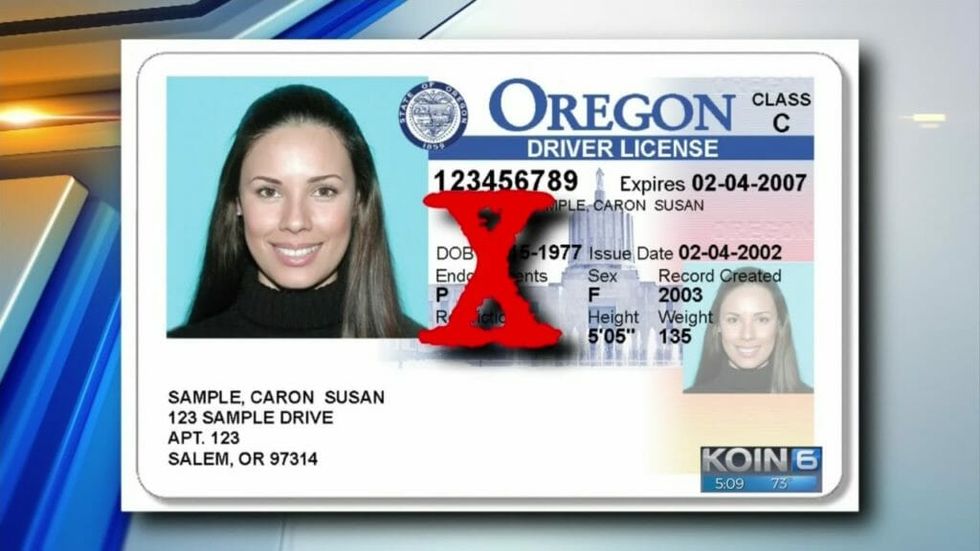 Last holiday weekend, many Oregonians had more than the birth of our country to celebrate.

In June, Oregon state officials adopted a new rule that allows individuals to choose not just from “Male” or “Female” on identification cards, but “X” as well––for unspecified. The rule went into effect on July 3, making Oregon the first state in the U.S. to legally recognize non-binary, intersex and agender persons on ID cards.

Congratulations to #oregon for becoming the first U.S. state to offer gender-neutral IDs! This is a huge move for trans, nonbinary, and intersex inclusion. 🎉🎉👍🏼

“We must proactively break down the barriers of institutional bias,” said Governor Kate Brown, calling the rule a step in the direction of creating “a society that upholds the rights, liberties, and dignities of each of its people.”

THE LANDMARK DECISION THAT PRECIPITATED THE RULE

In June 2016, Jamie Shupe, a non-binary Portland, Oregon resident, successfully petitioned an Oregon court to change their legal sex from female to nonbinary. (Jamie prefers the pronouns “they” and “their,” and prefers to go by first name only.)

Since 2013, Oregon statute has allowed courts to legally change the sex of an individual if that person has “undergone surgical, hormonal, or other treatment appropriate for that individual for the purpose of gender transition and that sexual reassignment has been completed.” However, reassignment constituted only from male to female, or female to male––not from one sex to a nonbinary designation.

Jamie’s case changed that. Although the two-paragraph decision was made with little fanfare or analysis, this ruling was the first of its kind in the country.

Kris Hayashi, executive director of the Transgender Law Center in Oakland, said the decision was a “historic step” toward the government recognizing “nonbinary members of our community and ensuring they have access to identity documents that reflect who they are, just like everyone else.”

“I’ve trembled with the fear of failure and cried tears until I had no more tears to cry, because of the magnitude of what’s been at stake – and now won,” said Jaime at the time. “But in the end, the huge legal and non-binary civil rights battle that I expected to unfold going into this never came to pass; simply because this was always the right thing to do all along.”

Since the ruling, many others have been granted non-binary or agender designation by courts in Oregon and California.

Although it has been over a year since the ruling, the new rule only recently went into effect because “in order to comply with the order, DMV needed about a year to implement the change. Time was required to study state laws, update computer systems, work with business partners such as law enforcement and courts, and change administrative rules,” according to a press release from the Oregon Department of Transportation’s website.

THE RULE'S RECEPTION IN OREGON AND BEYOND

During public hearings in Eugene and Portland in May, the overwhelming majority were in favor of the rule change. Those in favor urged that the “X” designation would make them “feel safer, and more likely to be accepted for who and what I really am.” Other asked, simply “why not?”

There were some detractors. A police officer from Eugene warned that the “X” designation would “hamper identification of traffic violators or those with warrants, as there are numerous gender neutral names that are only identifiable when knowing the sex of the individual.”

Said others: “The proposal for Oregon to offer a non-binary driver’s license is pure insanity. It is political correctness gone haywire, a cockamamie idea proposed by folks who put virtue signaling ahead of common sense.” Said another: “No! No! No! On so many levels!!! Ridiculous!”

Since the quiet addition of the “X” last week, though, the response in Oregon has been mostly positive.

Ira McKinzie, who got a new license with an “X,” said that the new ID Card was “just about having that option. I don’t want to be forced to put an M or F because that doesn’t really represent who I am as a person.”

Nationally, too, the rule is seen a historic step for non-binary rights. Hayashi, of the Transgender Law Center, said that the Oregon will “make daily life for many transgender and gender nonbinary people infinitely safer and easier.”

“We are thrilled to see Oregon leading the way in advancing identity document policies which allow for transgender people, including those who are non-binary, to have an accurate ID that helps them function in their day to day lives,” said Mara Keisling, executive director of the National Center for Transgender Equality. “This is a tremendous first step, which acknowledges the experiences and humanity of a growing segment of the population.”

Not everyone is so supportive. In the comments section of a Breitbart article about the rule change, one commenter wrote: “If you can’t figure out what sex to mark on a drivers license [sic] you should not be driving a 3,000 pound automobile.” Said another: “This is way over the edge. . . Where can I get off this crazy train??”

WHAT CAN PEOPLE EXPECT WITH THE NEW IDs?

While the addition of “X” to Oregon driver’s licenses marks a big step for the rights of non-binary individuals, issues are still likely to come up.

Importantly, the federal government does not recognize this option. That means that the gender identification on a state-issued driver’s license may not match up to other legal documents, which could cause confusion.

That doesn’t faze McKinzie. “I’m assuming that I’ll probably have some kind of issue, but either way it is a peace of mind for me because I don’t have to give them the wrong person,” he said.

“The ‘X’ is used internationally, and in fact it’s a standard recommended by the American Association of Motor Vehicle Administrators,” said David House a spokesman for the Oregon Department of Motor Vehicles.

Ontario, Canada already has an “X” in the sex field for voter registration cards. Citizens of Australia and New Zealand can also choose “X” on their passports.

Washington, D.C. now allows for a gender-neutral driver’s license. “The new gender neutral identifier offers gender nonbinary District residents a gender designation that affirms who they are,” said Sheila Alexander-Reid, director of the Mayor’s Office of LGBTQ Affairs. “The implementation of a gender neutral identifier is consistent with our D.C. values of inclusion and respect.”

California may not be far behind. Senate Bill 179, which passed the state Senate on May 31 and awaits a vote in the House, would add a third gender option to licenses as well.

A similar bill was also recently introduced in the New York State Assembly, allowing the designation of “X” in addition to male and female.

Jaime’s lawyer, Lake Perriguey, hopes that the Oregon rule change will spur more jurisdictions to follow suit. Perriguey said of the rule: “Their government recognizes [non-binary individuals], dignifies them with recognition of who they are. And that is good government and that is a great step for our state and the rest of the country for leading this effort.”