But it's not dead yet. 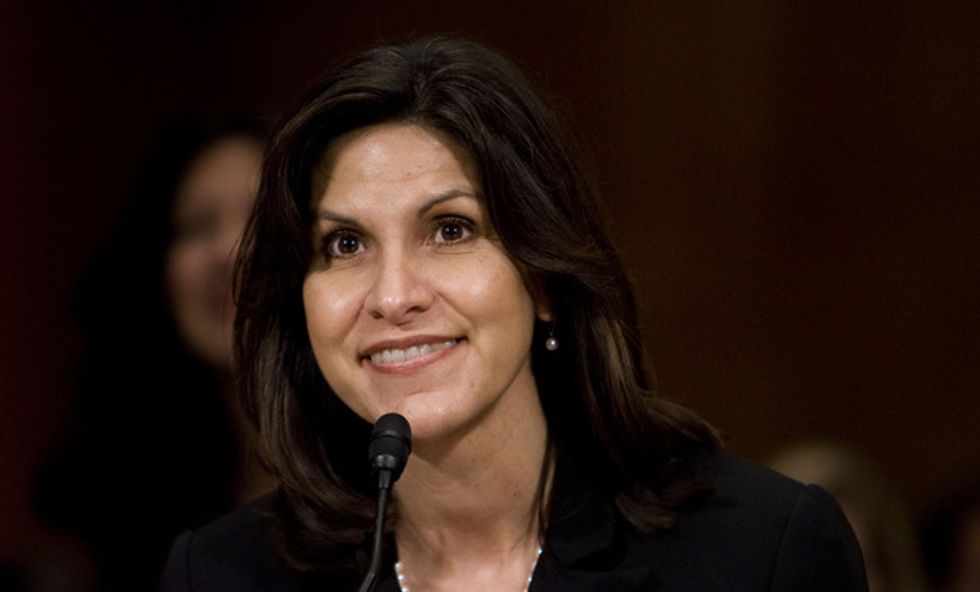 A federal judge in Texas has once again rejected the state's controversial voter ID law, which required voters to show one of several approved forms of photo ID to cast a ballot. The judge––Nelva Gonzales Ramos, of the United States District Court for the Southern District of Texas––ruled that the State Legislature had not eased some of the law's restrictions and that it perpetuated discrimination against black and Hispanic voters.

Judge Gonzalez Ramos issued a permanent injunction, writing that amendments made to the law did not "fully ameliorate" practices she said were "enacted with discriminatory intent — knowingly placing additional burdens on a disproportionate number of hispanic and African-American voters." The injunction, she wrote, was the "only appropriate remedy."

The judge had previously rejected the law, then known as Texas Senate Bill 14, in 2014. The state appealed that ruling to the Fifth Circuit Court of Appeals but was unsuccessful. The court largely upheld Gonzalez Ramos's opinion, ordering that changes be made for voters in the 2016 election. Lawmakers amended the law––now called Senate Bill 5––during its session earlier this year, allowing voters without proper identification to sign a document stating they could not reasonably obtain ID before they voted. According to the NAACP Legal Defense and Educational Fund, Texas had spent at least $3.5 million defending the law as of June 2016.

In a statement, Texas Attorney General Ken Paxton promised to appeal the ruling. "Senate Bill 5 was passed by the people's representatives and includes all the changes to the Texas voter ID law requested by the 5th Circuit," Paxton said, noting that the U.S. Department of Justice had argued on behalf of the changes.

Republicans, including Governor Greg Abbott, contend that the law is a necessary safeguard against voter fraud.