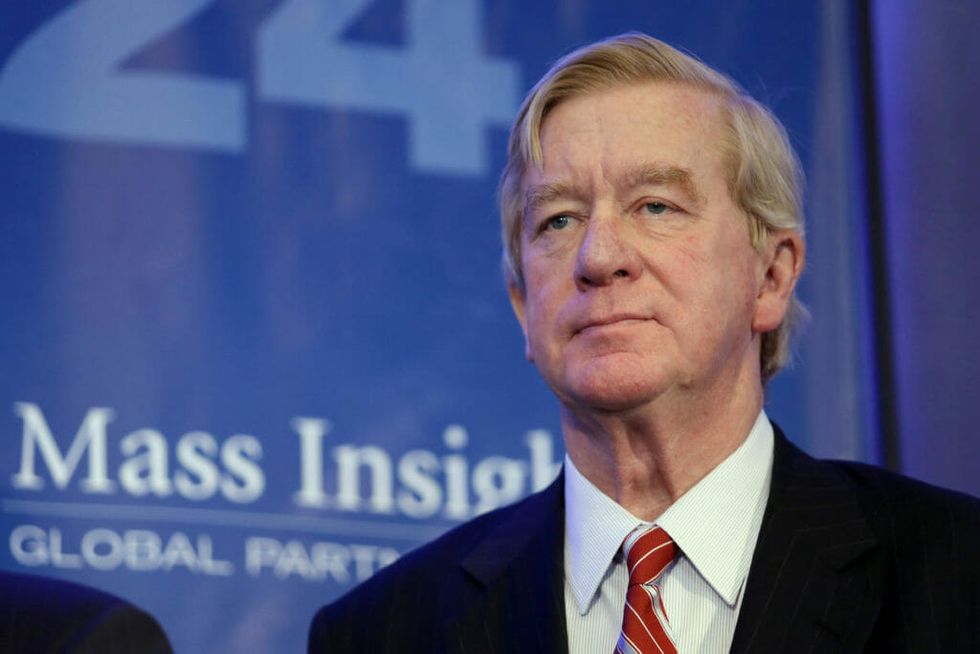 In a statement released Tuesday, William Weld, the Libertarian vice presidential nominee, broke with his running mate, Gary Johnson, and urged American voters to reject Donald Trump. Though the former Massachusetts governor and Republican stopped short of endorsing Hillary Clinton, he acknowledged that "the deck is still stacked" against his third-party bid, which has drawn low single digits in the polls, and will be unable to stop Trump outright. “Against that backdrop, I would like to address myself to all those in the electorate who remain torn between two so-called major party candidates whom they cannot enthusiastically support,” Weld said. "I’m speaking particularly to those Republicans who feel that our president should exhibit commonly accepted standards of decency and discipline."

“Gary and I will carry our message of fiscal responsibility, social inclusion, and smaller government through November 8, and I hope that this election cycle will secure for the Libertarian Party a permanent place in our national political dialogue...” Weld continued. "After careful observation and reflection, I have come to believe that Donald Trump, if elected President of the United States, would not be able to stand up to this pressure and this criticism without becoming unhinged and unable to perform competently the duties of his office."

A Trump presidency would be disastrous, warned Weld, because Trump is not "stable." For example, when Trump is challenged, "he often responds as a child might. He makes a sour face, he calls people by insulting names, he waves his arms, he impatiently interrupts. Most families would not allow their children to remain at the dinner table if they behaved as Mr. Trump does.”

Weld also expressed concern over Trump's controversial immigration proposals, which have become one of the cornerstones of his incendiary campaign. Trump's often violent rhetoric has "conjured up enemies" from the beginning, Weld said, and it represents "the worst of American politics." He posited that the "goal of the Trump campaign, from the outset, has been to stir up envy, resentment, and group hatred." He also criticized Trump for declining to commit to respecting the result of the election if he loses: "I fear for our cohesion as a nation, and for our place in the world, if this man who is unwilling to say he will abide by the result of our national election becomes our President.”

Earlier this month, Weld made headlines after he announced that his plan for the remainder of the election was to deny Trump the White House, a strategic pivot that will give the former Republican the opportunity to rebuild the GOP in the aftermath.

Critics questioned his loyalty to the Libertarians; at the time, Weld insisted he was not abandoning Johnson. But Trump's candidacy is an unparalleled threat that prompted him, he said, to step "out of the swirl of my campaign" and release a statement vigorously denouncing him: “Not in my lifetime… has there been a candidate for President who actually makes me fear for the ultimate well-being of the country, a candidate who might in fact put at risk the solid foundation of America that allows us to endure even ill-advised policies and the normal ebb and flow of politics."

Weld concluded his statement with a call for Americans to "be aware of the power and responsibility of each individual vote." This election cycle, he cautioned, is "not the time to cast a jocular or feel-good vote for a man whom you may have briefly found entertaining. Donald Trump should not, cannot, and must not be elected President of the United States.”