White House To CNN: Change Your Coverage Or Face Consequences 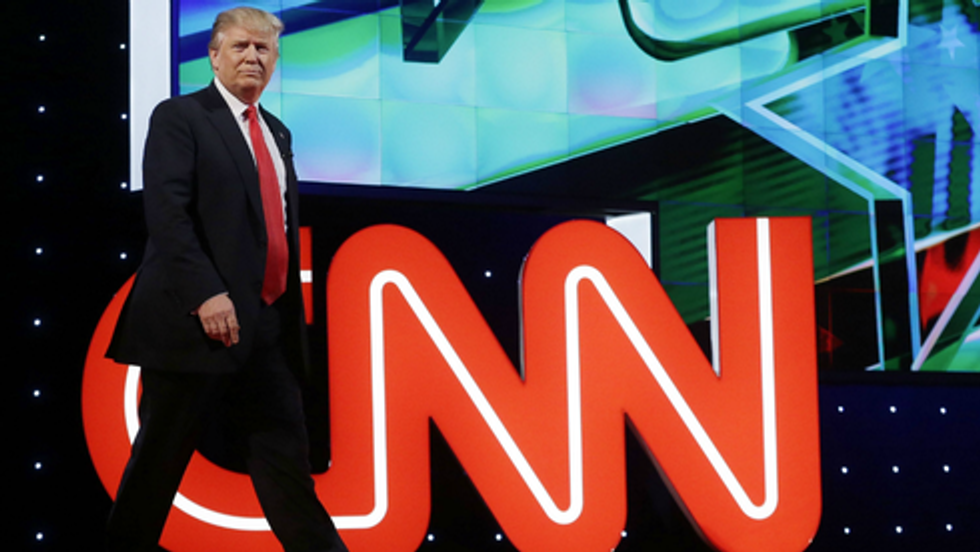 Donald Trump has made no secret of his contempt for CNN, the most frequent target of his attacks on what he calls the "fake news media."

That war has escalated recently with Trump's tweeting a gif of himself body slamming an adversary who has a CNN logo for a head.

While Trump said he feels that CNN took that video "too seriously," there are signs that The White House is prepared to wield its considerable power to punish CNN if they don't alter their coverage of Trump.

According to The New York Times, one such option being considered by the White House is to scuttle a proposed merger by CNN's parent company, Time Warner, Inc.

White House advisers have discussed a potential point of leverage over their adversary, a senior administration official said: a pending merger between CNN’s parent company, Time Warner, and AT&T. Mr. Trump’s Justice Department will decide whether to approve the merger, and while analysts say there is little to stop the deal from moving forward, the president’s animus toward CNN remains a wild card.

Very disturbing that the White House is now suggesting it could hurt CNN by hindering the proposed merger deal of i… https://t.co/gi5kQGCJdp
— Mark Follman (@Mark Follman) 1499311922.0

It’s worth noting that CNN has already allowed the desire to appease Trump (and his voters) to undermine its journalistic integrity. The network literally pays Trump associates Corey Lewandowski and Jeffrey Lord to lie to its audience on the president’s behalf — even as it cut ties with Reza Aslan for profanely criticizing the president on social media.

And in the end, according to legal experts, following through on such a threat would rise to an impeachment level offense.