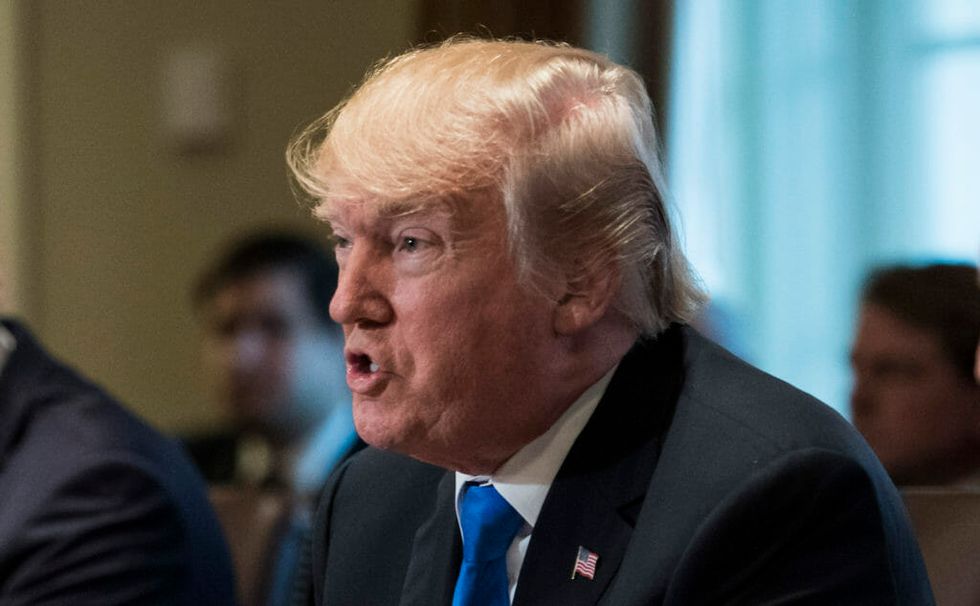 A new Wall Street Journal/NBC News poll indicates that college-educated women voters want Democrats to regain control of Congress after the midterm elections, a sign that threatens to upend Republican control next year.

The poll, according to The Wall Street Journal, "shows Democrats with a 20-point edge among women on control of Congress," a lead that is "larger than the 12-point Democratic edge among women during the last midterms, in 2014."

The Democratic advantage is even bigger among women with college degrees. These women would rather see Democrats than Republicans lead Congress by 32 percentage points, 62% to 30%, far larger than the party’s edge among these women in the past two midterm years...

With the two parties now at about parity among men, the Democrats’ big advantage among college-educated women helps account for the party’s 11-point lead among Americans overall in the last Journal/NBC News survey, conducted Dec. 13-15...

Journal/NBC News polling has found that women without college degrees also have moved toward favoring Democratic control of Congress in recent midterm elections, as have men with and without degrees. In December’s survey, men without degrees were the most open to GOP control, with 44% favoring Republicans and the same share backing Democratic leadership.

But women with college degrees have moved most dramatically over time. As a group, they hit two weak spots for the GOP: The party traditionally trails among women, and, more recently, it has slid in popularity among college graduates overall.

Mary Strausbaugh, a retiree with a bachelor’s degree who lives in suburban Harrisburg, Pennsylvania, says she plans to vote for a Democrat next year, though she has long considered herself a Republican. She says that her daughter, a recent college graduate with "a strong lean toward Democratic candidates and causes," has become more politically active since Trump's electoral win.

“She’s writing congresspeople. It began with the Women’s March in January, and now it’s the ‘me too’ movement,” she said. “She’ll be active all next year.”

Speaking to The Los Angeles Times about the trend of white voters who've signaled their distaste for President Donald Trump and the Republicans, Ruy Teixeira, a demographics expert at the left-leaning Center for American Progress, said: “This is a big group of people, and they’re growing, and if they turn into a base group for the Democratic Party, that really changes things a lot. “If there’s anyone who can do that, it’s Donald Trump.”

Mark Mellman, a Democratic pollster who worked for former Senate Democratic leader Harry Reid of Nevada, says Trump has repelled white-collar suburban voters due to his alliance with anti-abortion advocates and climate change deniers. “The Republicans have become an anti-science, anti-fact, anti-immigrant, anti-cosmopolitan party, and that is just very unappealing to college-educated voters,” he said.

Republicans acknowledge that slipping support among suburban whites will pose a challenge next year. "I think it has more to do with reaction to who’s in the White House than anything else,” said GOP pollster Glen Bolger.

Analyst Charles Cook writes that continued economic improvement could potentially keep the GOP in the public's good graces, but that he is "quite skeptical" that this will happen.

I remain quite skeptical that this will happen, but in thinking about how the trajectory of this election could shift, this would seem to be the most plausible factor, and one to be monitored for changes in the political mood," he writes.

He continues: "Trump’s approval ratings, the number of voters identifying themselves as Republicans, and the GOP’s standing on the generic congressional ballot could be expected to rise if the political atmosphere changes. If it happens, we will know it when we see it. Otherwise, it is still advisable for Republicans to batten down the hatches, because the rising storm looks ominous."