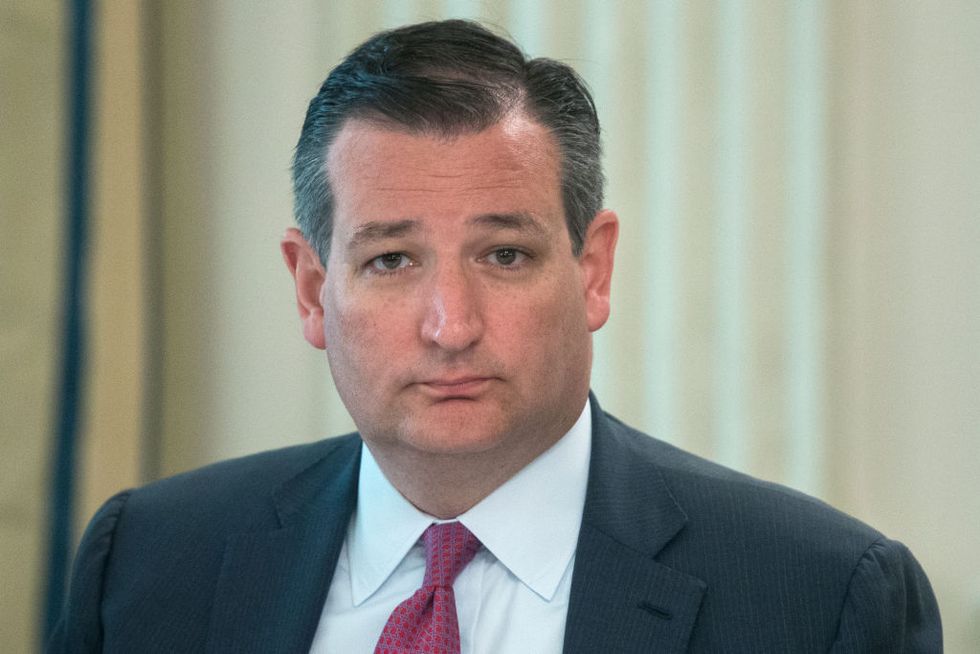 Things got rather awkward earlier this week for Senator Ted Cruz (R-TX) after a female constituent confronted him and asked him if he’d take a DNA test to "prove" he is human.

The woman, Tammy Talpas, approached Cruz at a campaign event. She had a prepared statement which she read to the senator, saying she was worried about her access to healthcare due to several pre-existing conditions.

The exchange was a pertinent one: Cruz has advocated for allowing insurance companies to separate pools by high-risk and lower-risk clients, a stance which garnered significant criticism last year as Republicans in the Senate deliberated over repealing and replacing the Affordable Care Act.

“If you force me into a high-risk pool, you will either bankrupt me or kill me,” Talpas said. “I take these threats of medical aggression personally and seriously, and I can assure you I’m not the only Texan who does. My question is: Will you pledge to submit to a DNA test to prove that you’re human?”

Cruz did not provide a direct answer.

“Well, ma’am, thank you for that, and one of the great things about our democratic system is we can treat each other with respect and civility,” he said finally.

"Is that a yes or a no?" Talpas replied.

“Ma’am, if you want to engage in insults, that’s your prerogative, but I’m not going to reciprocate,” he said.

Talpas later posted a video of the encounter which was first noted by a reporter at The Texas Tribune.

Talpas quickly found herself the target of attacks from Cruz's conservative base, as many comments on her video can attest.

"That woman is a typical brain-dead WHITE liberal trash," wrote one YouTube user.

Another user accused Talpas of playing into a "victim mentality" and employing "identity politics."

"Tammy is more proof that women should not be allowed to vote," wrote another user, under the moniker "Norris."

And another user, under the moniker "J.D. Elliott," said the exchange justifies what Talpas suffered as a "former victim of abuse."

Cruz, for his part, has had a rough last few weeks, and this incident is only the latest report of an embarrassing encounter with a constituent.

On March 26, Cruz made headlines when a constituent posted a photo of herself standing next to him while wearing a lanyard that mocked him.

That Cruz never noticed the lanyard––or its message––made him the butt of jokes on social media.

Cruz has found a formidable challenger in Representative Beto O'Rourke, who has raised $6.7 million from 141,000 contributions over the first few months of this year in his bid to unseat Cruz, who enjoys significant popularity among conservatives in Texas.