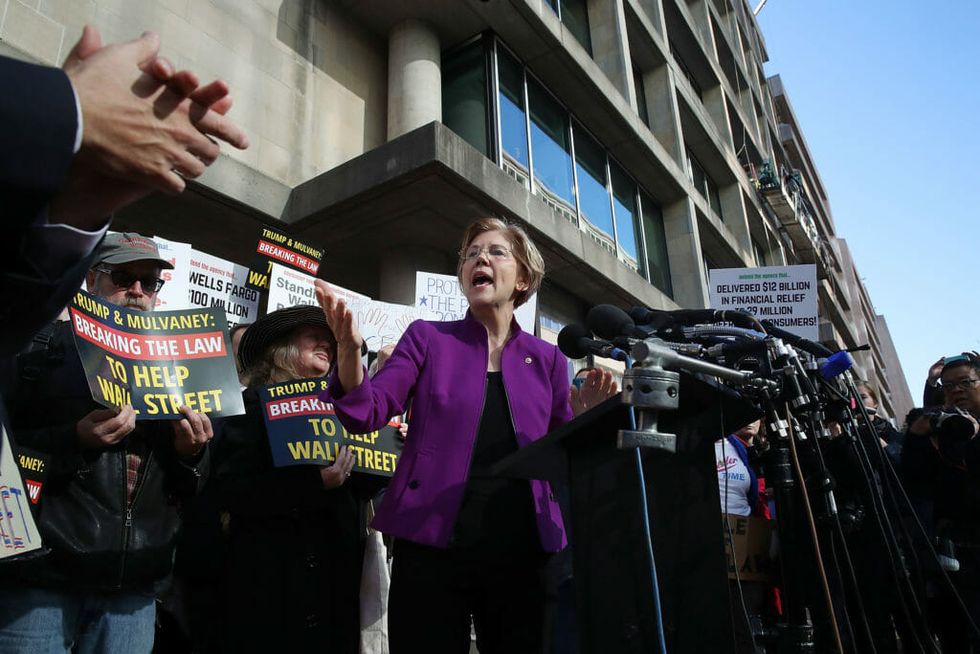 Senator Elizabeth Warren (D-MA) announced on Monday that she donated $5,000 to each state's Democratic Party and $15,000 to the Democratic National Committee ahead of what is sure to be a competitive midterm election year.

"I want a Democratic Party strong enough to compete for every vote, in every race, at every level, in every state, in every election – and I’m willing to do my part to help make that happen. #IWillVote," the Massachusettes Democrat tweeted.

I want a Democratic Party strong enough to compete for every vote, in every race, at every level, in every state, i… https://t.co/y5lgPOX4tX
— Elizabeth Warren (@Elizabeth Warren) 1520479578.0

"I believe in the work @TheDemocrats & Democratic state parties do to elect leaders who will fight to level the playing field. So as of today, I’ve sent $5k donations to every single one of our 50 state parties to help them hire organizers & register voters. #IWillVote"

I believe in the work @TheDemocrats & Democratic state parties do to elect leaders who will fight to level the play… https://t.co/ae63VFrR5J
— Elizabeth Warren (@Elizabeth Warren) 1520479524.0

"Despite the rampant speculation that she’ll run in 2020, Warren has been circumspect about getting involved nationally in politics, though she’s thrown her support and fundraising help behind several Senate colleagues running this year," Politico reported on Wednesday.

On Tuesday, Warren sent an email on behalf of the Democratic Senatorial Campaign Committee, telling donors, "I’m not going to sugarcoat it: 2018 is going to be a tough election for us." By donating to the Democratic Party in every state Warren is giving midterm candidates a boost, and, hopefully, her funds with help energize Democratic voters, who historically vote in lower numbers in non-presidential election years.

Warren is up for reelection to a second term this fall, and Democrats are hoping to regain control of the U.S. House of Representatives.

Her nation-wide donation is also fueling speculation that Warren is laying the foundation for a potential presidential run in 2020. As of January, Warren had a historic $12,800,000 in her campaign coffers.

Before getting elected for the first time in 2012, Warren helped launch the Consumer Financial Protection Bureau under President Barack Obama and has been one of the Democratic Party's most outspoken supporters of financial regulations on banks to protect consumers. Perhaps most notably, her habitual grilling of banking executives have made her a formidable presence in the United States Senate.

On Tuesday, she called out the 70 Senators who voted to gut regulations on some of the nation's largest financial institutions.

Earlier today, the Senate held its 1st floor vote on the #BankLobbyistAct, and the results weren't pretty. If the… https://t.co/lE7FttnhaI
— Elizabeth Warren (@Elizabeth Warren) 1520375092.0

Sixteen of those 'yea' votes came from Democrats.