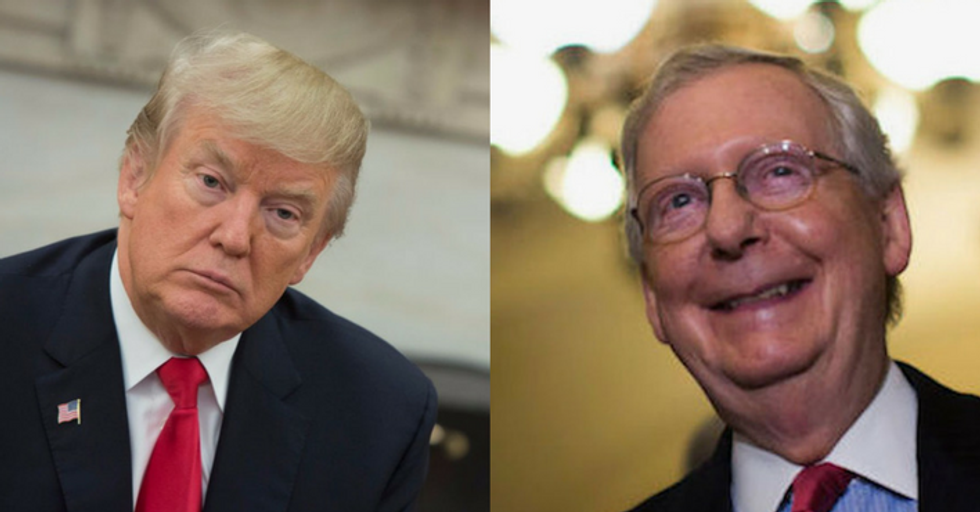 The Republican Conference opposes changing the rules on legislation.”

Trump tweeted urging Republicans to use the option allowing the Senate to pass the 2018 budget with only 51 votes instead of the required 60.

Great to see how hard Republicans are fighting for our Military and Safety at the Border. The Dems just want illega… https://t.co/px3zwtzYOV
— Donald J. Trump (@Donald J. Trump) 1516538128.0

Republicans currently hold 51 seats in the Senate. The so-called nuclear option allows them to pass bills without needing a single Democratic vote.

McConnell’s statement came on the second day of the government shutdown. Federal employees deemed non-essential by their agencies began an unpaid furlough Monday. Non-essential employees cannot work for the federal government during this time and receive no guarantee of retroactive pay when the furlough ends. Essential or mission critical workers report to work without pay, but should be paid retroactively.

Both parties blame each other for the shutdown. Trump stated he opposes any budget that doesn't fund his border wall. Democrats want to ensure protection against deportation for undocumented immigrants who arrived in the United States as children. The Deferred Action for Childhood Arrivals (DACA) formerly covered the "dreamers".

But even if Republicans use the nuclear option, there is no guarantee the funding bill would pass along party lines. On Friday, four Republicans voted against it while five Democrats voted for it.