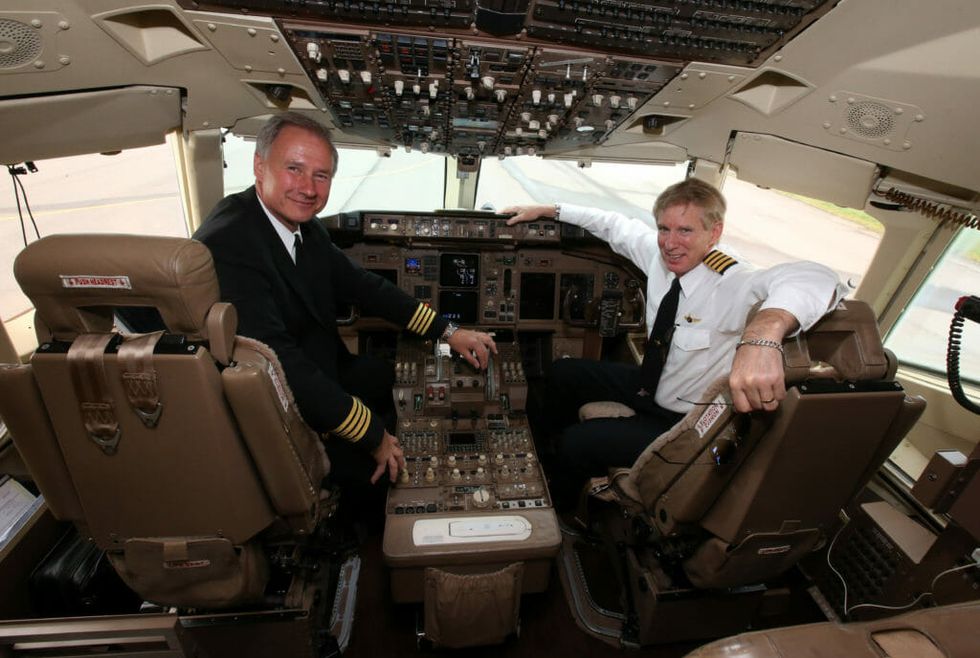 President Donald Trump is hoping to appoint his personal pilot to run the Federal Aviation Administration. The multi-billion dollar government agency oversees the safety and operation of all United States domestic air travel.

Captain John Dunkin currently tops the shortlist of candidates for the position, including Rep. Sam Graves (R-MO) and current acting FAA Administrator Dan Elwell, "who has impressed many in the administration and the industry," according to exclusive reporting by Axios.

"John Dunkin isn't just a pilot," a member of the Trump administration told Axios. "He's managed airline and corporate flight departments, certified airlines from start-up under FAA regulations, and oversaw the Trump presidential campaign's air fleet, which included managing all aviation transportation for travel to 203 cities in 43 states over the course of 21 months."

According to Axios, Dunkin has numerous accounts that "when he used to fly Trump around on his private Boeing 757, they'd often find themselves stuck on the tarmac with delays. He'd tell Trump that none of this would happen if a pilot ran the FAA."

Dunkin flew the Boeing 757 which carried then-candidate Trump and his campaign around the country during the 2016 presidential race. According to CNN, "Dunkin has previously told people that he would often face delays while flying Trump around and that a pilot running the agency would prevent that."

Trump wants his longtime personal pilot—who flew him around the country on Trump Force One during the campaign—to r… https://t.co/VOTlrYPdUy
— Kyle Griffin (@Kyle Griffin) 1519602018.0

Critics of the president, however, feel that a potential Dunkin appointment is yet another example of the President's habit of putting his friends, family and personal confidants into positions of power. While Dunkin is an experienced pilot, he has never run a government agency, and his experience as Trump's personal pilot is the latest example of Trump's nepotism at work.

Trump wants his personal pilot to run the Federal Aviation Administration. One industry insider equated this to the… https://t.co/rbzGgG9VOH
— Scott Dworkin (@Scott Dworkin) 1519609933.0

Scott Dworkin was quick to note a hilarious comparison. "One industry insider equated this to the Seinfeld episode when Cosmo Kramer used his golf caddy as a jury consultant."

Emolumentaldisasster suggested Trump might as well appoint the "Mar-A-Lago greens keeper as Director of the National Park Service?"

All joking aside, Josh Barro of Business Insider makes an astute observation; that Dunkin' potential appointment "feels like one of those things that gets leaked by someone in the Admin who's trying to stop Trump from actually doing it."

This feels like one of those things that gets leaked by someone in the Admin who's trying to stop Trump from actual… https://t.co/SjqfCCkVW9
— Josh Barro (@Josh Barro) 1519602377.0