Donald Trump Just Slammed the New York Times for Their Expose of His Family's Tax Fraud, But People Are Calling Him Out for What He Didn't Say 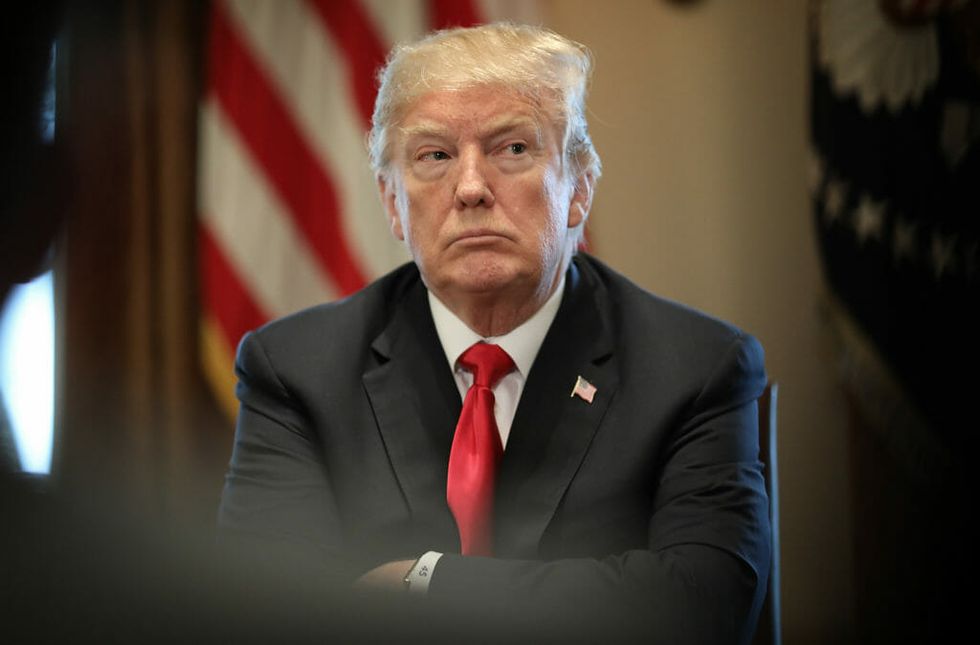 President Donald Trump frequently claimed on the campaign trail that he'd become a self-made billionaire after receiving "a small loan of a million dollars" from his father, Fred Trump.

After a bombshell special investigation from The New York Times revealed that Trump had actually received at least $415 million dollars––often illegally or unethically––from his father, the president took to Twitter to decry the paper.

Trump bashing the New York Times is hardly new, but what's shocking is what Trump left out. When it comes to sexual assault allegations, the president advises the accused to "deny, deny, deny," he doesn't seem to be taking his own advice when it comes to tax fraud.

Many were quick to point out that, while Trump clearly didn't like the story, he stayed mum on whether it was true.

@realDonaldTrump Ok. You don't like the NYT and the reporting they do about you. However, you're not addressing the… https://t.co/yHFLZ9lzvT
— Kimbra Cable (@Kimbra Cable) 1538585468.0

The president is often quick to claim that bad press against him is outright false (even when it's true), so many took this non-denial as confirmation of the story's claims.

@realDonaldTrump Congratulations on confirming the accuracy of the story, I didn't think you had it in you
— Moustachio Fx (@Moustachio Fx) 1538585487.0

The Times article appears to confirm that the president and his father conspired to skirt millions of dollars in taxes.

It has some resurrecting the calls for Donald Trump to do something he's been pressured to do since he was a candidate.

Many are saying that, even with an outright denial, Trump should prove it by (you guessed it) releasing his tax returns--something every president and presidential nominee since the 1970's has voluntarily done.

@realDonaldTrump Or, you could just clear this whole thing up by showing us your tax returns. You know, something… https://t.co/kgNJ9KOhMD
— Princi Cat (@Princi Cat) 1538586655.0

@realDonaldTrump If they’re lying, you can show us your tax returns to prove it.
— ireallydocare (@ireallydocare) 1538584995.0

Though Trump declined to comment to the Times when the article was being written, Charles J. Harder, an attorney for Trump firmly denied the claims:

“There was no fraud or tax evasion by anyone. The facts upon which The Times bases its false allegations are extremely inaccurate. President Trump had virtually no involvement whatsoever with these matters.”

However, attorneys working for Donald Trump aren't known for being pillars of ethics.

The president hasn't addressed why he himself has yet to deny the claims, but many are saying it's because the New York Times brought receipts.

While the crimes mentioned in the article aren't exactly surprising, it will be interesting how Trump continues to respond as the story gains ground.