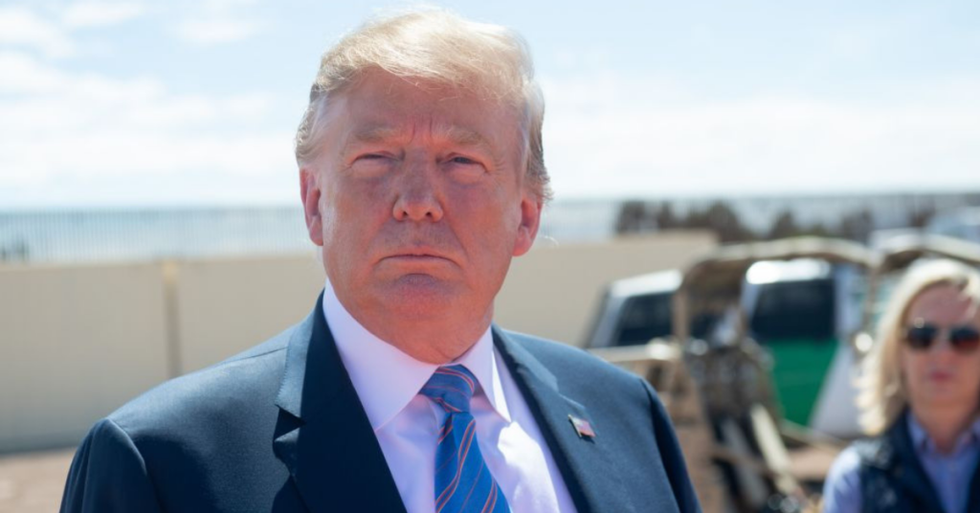 News reports indicate that President Donald Trump told the commissioner of Customs and Border Protection, Kevin McAleenan, he would pardon him if he were arrested as a result of blocking asylum seekers from entering the country. Trump made the comment during his recent visit to the border at Calexico, California, according to two senior administration officials.

The White House declined to comment, referring the story, which broke via CNN, to the Department of Homeland of Security. A DHS spokesperson then pushed back against it.

Given the president's increasingly aggressive campaigns against migrants seeking asylum, an issue to which he's dedicated a lot of thought to as evidenced by his many tweets on the subject, this isn't a statement people are willing to believe.

Trump did this despite claiming he would defer a decision on closing the border for a year a day earlier. And at a… https://t.co/713jTyarqM
— Maggie Haberman (@Maggie Haberman) 1555100163.0

Trump telling Kevin McAleenan he will be pardoned If arrested for violating immigration laws is an egregious manipu… https://t.co/pzn1pWE7Qy
— alicia ♀ (@alicia ♀) 1555100136.0

It was Justin Miller, the national editor for The Daily Beast, who pointed out that the president pardoned former Arizona law enforcement officer Joe Arpaio for not obeying a court order barring him from conducting further "immigration round-ups."

Remember, Trump pardoned Arpaio who was convicted of contempt of court for not obeying a court order re: immigrants
— Justin Miller (@Justin Miller) 1555098869.0

Representative Kathleen Rice (D-NY) has already promised to investigate, saying that McAleenan will "eventually have to testify before" the House Committee on Homeland Security.

As Acting DHS Secretary, Kevin McAleenan will eventually have to come testify before @HomelandDems. And you can be… https://t.co/A7M22HZa8C
— Kathleen Rice (@Kathleen Rice) 1555100636.0

Trump made headlines in Calexico for telling border agents to stop all migrants from entering the United States after declaring that “our country is full."

The news of Trump's remark to McAleenan comes shortly after he appointed McAleenan to lead DHS on an acting basis until a permanent replacement for now-former Homeland Security Secretary Kirstjen Nielsen is chosen.

Earlier this afternoon, the president stirred controversy after he confirmed that the White House is “giving strong considerations to placing Illegal Immigrants in Sanctuary Cities,” blaming Democrats who he says have been “unwilling to change our very dangerous immigration laws.”

Due to the fact that Democrats are unwilling to change our very dangerous immigration laws, we are indeed, as repor… https://t.co/sNDauZ3JDv
— Donald J. Trump (@Donald J. Trump) 1555087082.0

Democrats have rebuked the White House in response to the proposal, which was apparently rejected both times it came up by administration immigration agencies.