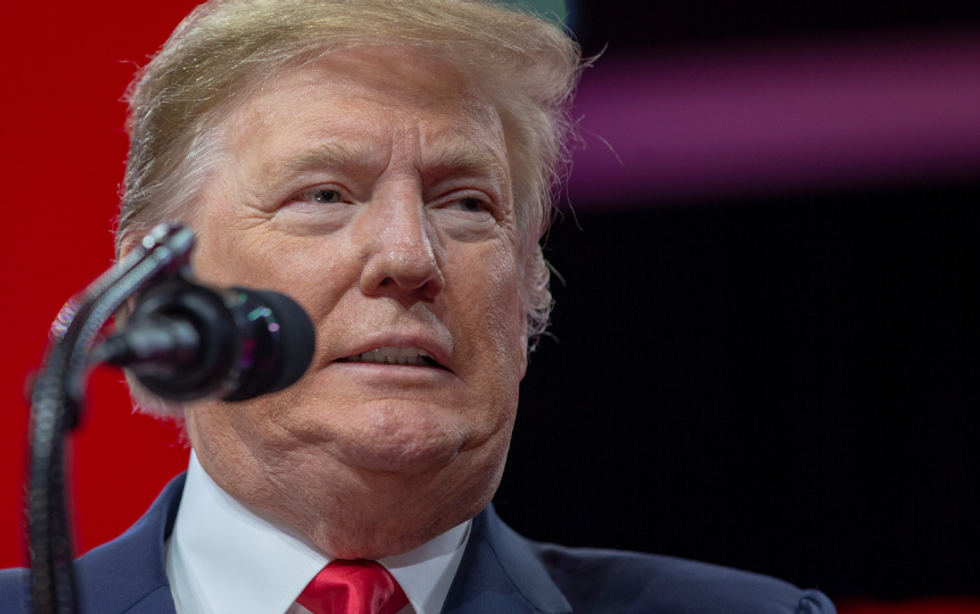 The people have spoken, and it's absolutely brutal.

"When two-thirds of voters think you have committed a crime in your past life, and almost half of voters say it's a tossup over whether you committed a crime while in the Oval Office, confidence in your overall integrity is very shaky," said Tim Malloy, assistant director of the Quinnipiac University Poll.

The bright spot for Trump? 56% of poll respondents said the president should not beimpeached.

A national poll from Quinnipiac University gave a thumbs down to the president, who tweeted just this morning that his Republican approval rating hit 93%.

Maybe that's not surprising: the majority of Americans think he has less credibility than convicted felon Michael Cohen.

"Cloudy and 38. The future of Donald Trump's presidency and the percentage of people who support him mirror the March weather in D.C.," Malloy said. "Add to that, Michael Cohen, a known liar headed to the big house, has more credibility than the leader of the free world."

House Democrats have said that they won't talk impeachment until the release of the Mueller report. That jibes with the will of the people; 59% don't think the president should be impeached on evidence from Cohen's testimony alone, although 58% think that Cohen's accusations warrant further investigation.

This new poll from Quinnipiac has perhaps the most brutal numbers for Trump personally that I've seen. https://t.co/TdvWQBgEqN
— Philip Bump (@Philip Bump) 1551815660.0

@ThePlumLineGS It looks like that NBC/WSJ pre-Cohen testimony and pre-CPAC speech survey released on Sunday was an… https://t.co/1R30MmbTYQ
— Russell Drew (@Russell Drew) 1551813827.0

Hang on to your MAGA hat, Mr. President: the people are speaking, and it's not looking good for you.