Trump Vowed To Sue His Women Accusers If Elected. They Just Hit Back. 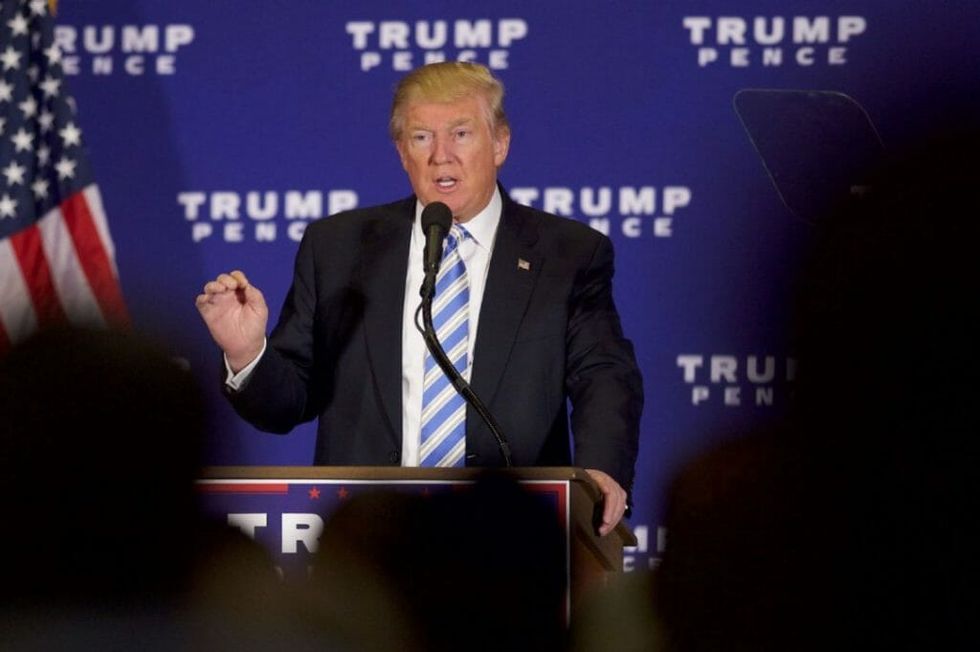 Donald Trump managed on his own to keep allegations of sexual misconduct by what are now 11 separate women front and center in the final weeks of the election. At a rally over the weekend he defiantly vowed to come after his accusers if elected.

"All of these liars will be sued once the election is over," Trump said at a rally in Gettysburg, Pennsylvania. “I look so forward to doing that.” Trump did not say what kind of lawsuit he plans to file against the women, but a libel suit would be complicated by a leaked Access Hollywood videotape from 2005 in which he appeared to advocate and admit to sexual assault.

Two lawyers representing some of Trump’s accusers have released statements saying they are not afraid of Trump’s lawsuit threats.

Lisa Bloom, who represents Jill Harth, the first woman to publicly accuse Trump of sexual assault, said she would “continue to proudly represent” her client through any lawsuits. She also warned that a lawsuit would only make matters worse for Trump. “In that lawsuit I would take the deposition of Trump and all of his enablers,” she continued, “and subpoena his business and personal records as well as any recordings that may exist in which he brags about sexual assault, such as the Access Hollywood recording and potentially, the Apprentice raw footage.”

BREAKING: my client Jill Harth and I respond to Trump's insults and threats yesterday. Spoiler: not backing down. https://t.co/iHhUdD3ZsU
— Lisa Bloom (@Lisa Bloom) 1477254751.0

Bloom released her statement a day after attorney Gloria Allred joined adult film actress Jessica Drake at a press conference in which Drake became the 11th woman to accuse Trump of sexual misconduct. “Be careful what you wish for, Mr. Trump,” said Allred. “If you sue the accusers, the lawyers who represent these women will have the opportunity to depose you. In plain English, you will be required to testify under oath and the women’s lawyers will welcome the opportunity to question you under oath. You may find the questions may include all the women with whom you have had sexual interaction.”

Trump’s misogynistic comments and incendiary campaign have often repelled women voters, but his sexual assault controversy appears to be mobilizing women at the ballot box. A surge of women are casting early ballots, as indicated by early voting data from three key battleground states.

according to Michael Bitzer, an expert on North Carolina’s early vote at Catawba College. “That’s certainly an energy and mobilization indicator this early for the Clinton campaign and Democrats down ballot,” Bitzer said.

A similar situation is underway in Florida: Daniel Smith, an early-voting expert at the University of Florida, noted that 880,000 people voted by the end of the day last Wednesday and that roughly 55 percent of those voters were women, even though women make up only 53 percent of elected voters in the state. And in Georgia, a new poll shows that Hillary Clinton leads Trump by five percentage points among early voters––after a noticeable increase in votes from women––despite trailing Trump by several points among likely voters.

Experts were quick to note that it is too early to tell whether early voting among women will eclipse the total in 2012 and whether Clinton will ultimately benefit.

But the gender gap in national polls and the number of women voting so far, particularly Democratic women, does not bode well for Trump. Experts also noted an increase in women voters after the first presidential debate, a finding reiterated by Clinton surrogate Stacey Abrams, the minority leader of the Georgia House. “It was his behavior during the first debate,” she said. “It was his post-debate tirades against Alicia Machado, and it was his dismissiveness of the critique about how he interrupted and displayed boorish behavior––fundamental disrespect toward Secretary Clinton.”