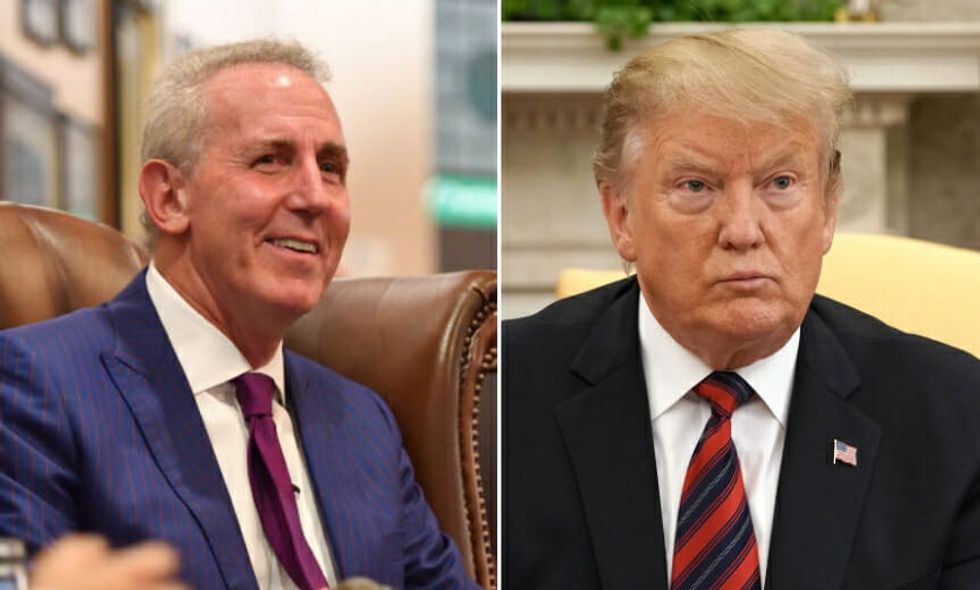 After a bombshell New York Times report uncovering nearly a decade worth of President Donald Trump's tax transcripts from 1984 to 1995 revealed that Trump had lost a total of nearly $1 billion, many people's suspicions that Trump isn't the brilliant businessman he claims to be were confirmed.

The ghost author of Trump's business how-to book Trump: The Art of the Deal is adding fuel to the fire. The journalist and author Tony Schwartz has spoken out against Trump multiple times before, but in light of the new reports, he's discrediting the book he wrote as well—calling for it to be taken out of print or recategorized as fiction.

Given the Times report on Trump's staggering losses, I'd be fine if Random House simply took the book out of print.… https://t.co/6CxnLvLFI3
— Tony Schwartz (@Tony Schwartz) 1557349982.0

During the 2016 election, Trump said that The Art of the Deal was "the best-selling business book of all time." Like many of Trump's claims, that turned out not to be true.

Other critics of Trump were quick to agree with Schwartz.

Some questioned Schwartz about his role in perpetuating the perception of Trump as a successful businessman despite being in mountains of debt.

Schwartz directed them to this article.