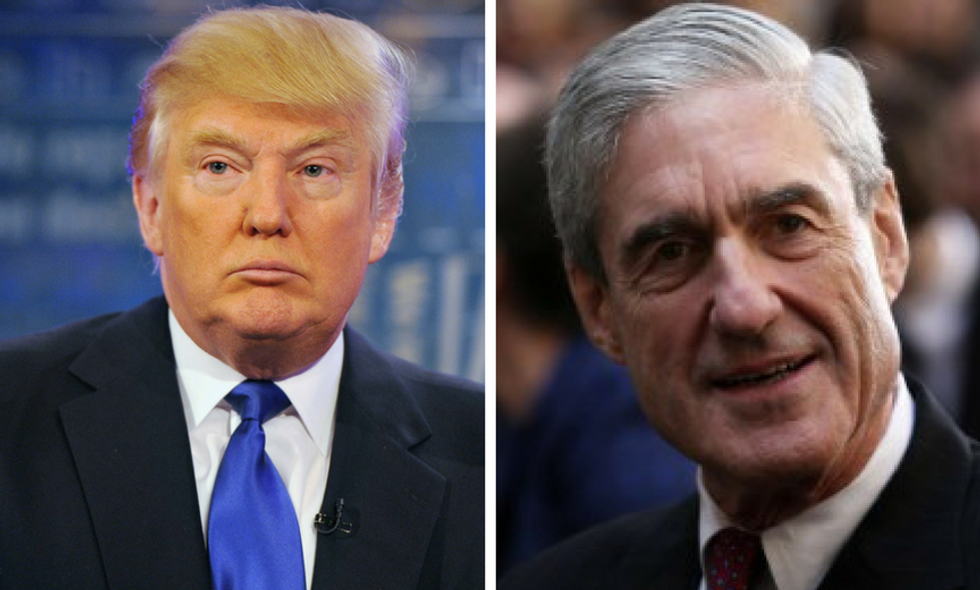 As Robert Mueller has continued to put together an ace investigative team to look into the Trump team's involvement with Russia's meddling in the 2016 election, it's been evident that Mueller is taking the investigation very seriously. But now we have further evidence of just how seriously he's taking it.

On Thursday, The Wall St. Journal reported that Mueller has impaneled a grand jury in the case, which signals a long road ahead for the Trump Russia probe.

Mr. Mueller reportedly requested that Chief Judge Beryl A. Howell of the U.S. District Court for the District of Columbia impanel a grand jury for his use, a request she granted. The grand jury has reportedly been impaneled for weeks.

“Mueller has made an independent determination that there is reason to believe that a crime has been committed and should be investigated – it’s why you would want to open a grand jury."

A grand jury had already been impaneled in Alexandria, VA to look into Mike Flynn's role in the matter. The fact that Mueller sought a separate grand jury indicates this investigation is expanding well beyond Flynn.

Mueller has already issued subpoenas into the meeting Donald Trump Jr., Jared Kushner and Paul Manafort held with a Russian lawyer in June of 2016. According to CNN, the subpoenas seek "both documents and testimony from people involved in the meeting."

Donald Trump has repeatedly called the investigation "a witch hunt" and is widely viewed as trying to undermine Mueller's investigation. Some even fear Trump seeks to fire Mueller, which has caused the Senate to introduce multiple bills to prevent him from doing so.

Recently, Senators Thom Tillis (R., N.C.) and Chris Coons (D., Del.,) introduced a bill that would allow a special counsel to "challenge his or her removal, with a three-judge panel ruling within 14 days on whether the firing was justified. If the panel found no good cause for the firing, the special counsel would immediately be reinstated."

Donald Trump's lawyer in the matter, Ty Cobb, released a statement: “The White House favors anything that accelerates the conclusion of his work fairly.…The White House is committed to fully cooperating with Mr. Mueller.”