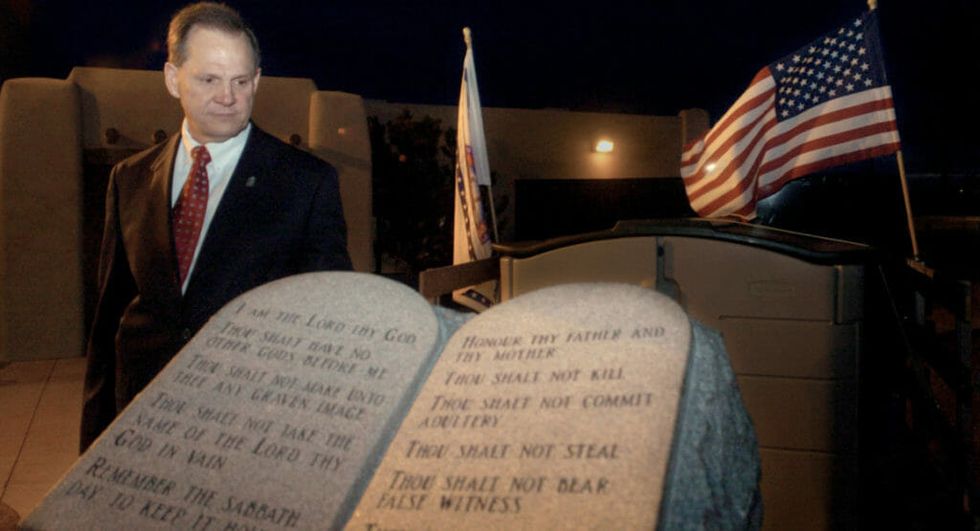 Despite a federal judge’s order bringing Alabama into the fold of marriage equality states, dozens of probate judges in Alabama on Monday refused to issue licenses to same-sex couples, according to the New York Times. Alabama recently became the 37th state in the union to become a marriage equality state (in this case by court order)--but the first where judges in most counties are defying that order. This sets up a rare legal showdown between state officials and federal ones, echoing the tumultuous and often violent struggle to desegregate institutions in that state and others in the South during the 1960s.

Ten same-sex couples, who were hoping to be married that morning instead found the courts closed. “We’re disgusted with it, but we’re dealing with it,” declared Jim Strawser, 51, who with his fiancé, John Humphrey, successfully mounted the legal challenge to Alabama’s ban on same-sex marriage.

The Washington Post reports that "in the majority of counties, officials said they would refuse to license same-sex marriages or stop providing licenses altogether, confronting couples — gay and heterosexual — with locked doors and shuttered windows." Many took the position that they would rather issue no licenses than permit same-sex couples that same right. "Many of the state’s 68 probate judges mounted their resistance to the federal decision at the urging of the firebrand chief justice of the Alabama Supreme Court, Roy Moore," according to the Post.  The Alabama Chief Justice isn't a stranger to controversy, or to flouting direct orders from the court. A decade ago, he refused to remove a monument to the Ten Commandments from the Alabama State Supreme Court's offices, despite it being ruled a clear violation of the separation of church and state.

In the 1960s, Alabama's civic leaders similarly defied federal orders to desegregate their school systems, resulting in a showdown which they ultimately lost. "History is repeating itself," said Christine Hernandez, one of the plaintiffs for the same-sex couples.

The U.S. Supreme Court is set to hear arguments later this spring where the question of marriage equality is likely to be decided once and for all. The decision by the justices to require marriage licenses to issue in Alabama was seen by many as an early indication of how the court was leaning, according to Slate.com. "Typically, the justices will stay any federal court ruling whose merits are currently under consideration by the Supreme Court," wrote Mark Joseph Stern for Slate. "Under normal circumstances, that is precisely what the court would have done here: The justices will rule on the constitutionality of state-level marriage bans this summer, so they might as well put any federal court rulings on hold until they’ve had a chance to say the last word."

"But that is not what the court did here," Stern noted. "Instead, seven justices agreed, without comment, that the district court’s ruling could go into effect, allowing thousands of gay couples in Alabama to wed." Stern also pointed out that only two justices--Antonin Scalia and Clarence Thomas--dissented from the ruling. Normally, their conservative allies in the court, Chief Justice John Roberts and Justice Samuel Alito, join them in such rulings. Their refusal to do so this time may be quite telling.

In the end, Alabama officials will have little choice but to relent. How far they will push their defiance, and whether any will be stripped of their judicial posts as a result, remains to be seen.