The Supreme Court Just Weighed in on the Pennsylvania Redistricting Case, and Republicans Are Not Happy 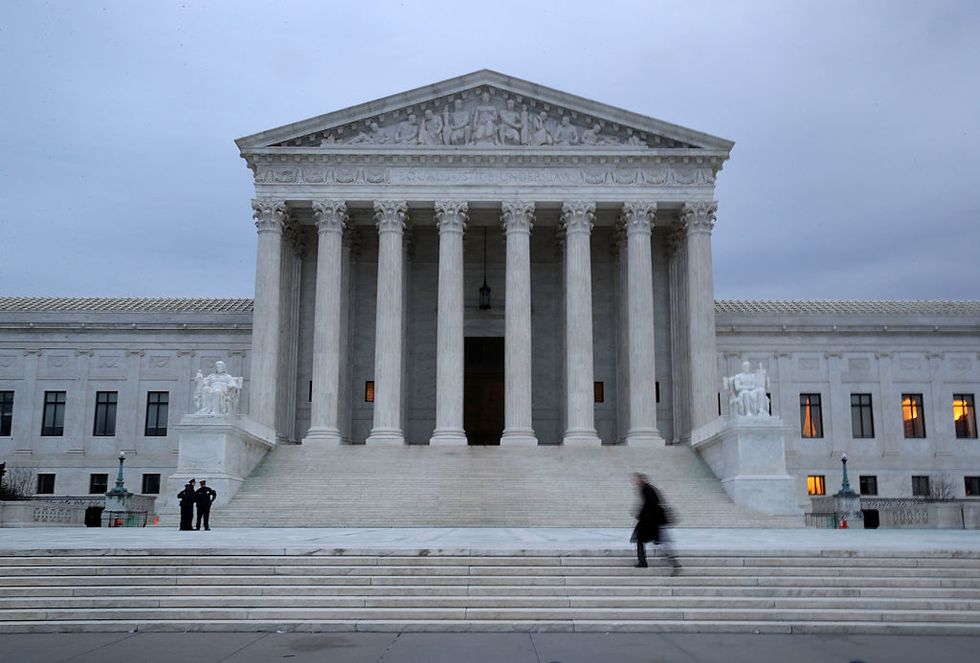 Democrats have a new reason to be optimistic about their chances of taking over the House of Representatives later this year. The United States Supreme Court has refused to halt a lower court ruling that requires Pennsylvania to redraw its congressional districts, which the court determined were drawn in a partisan way to help Republicans. Justice Samuel Alito, a George W. Bush appointee, issued the order.

In their initial ruling, the Pennsylvania Supreme Court noted that Republican-favored gerrymandering "clearly, plainly and palpably violates the Constitution of the Commonwealth of Pennsylvania."

The Pennsylvania Supreme Court said in their ruling, "if the governor accepts the General Assembly's congressional districting plan, it shall be submitted to this court on or before February 15...If no plan is submitted, that court would adopt a plan based on the evidentiary record developed in the Commonwealth Court."

Republicans currently control 12 of Pennsylvania's 18 congressional seats, due largely in part to the way congressional districts were drawn. Monday's ruling has enormous implications for the upcoming midterm elections. Democrats need a net gain of 24 seats to regain control of the US House of Representatives.

With their congressional majority now in real jeopardy, Republicans are expressing outrage over the decision.

Conservative pollster Matt McDermott called the ruling a "legitimate constitutional crisis" on Twitter, and that "a remarkable subversion of our democracy continues in Pennsylvania. After losing their fight at the Supreme Court, Republicans are now threatening to impeach members of the state Supreme Court who found the congressional map to be an unconstitutional gerrymander."

A remarkable subversion of our democracy continues in Pennsylvania. After losing their fight at the Supreme Court,… https://t.co/oEqqLsFMEH
— Matt McDermott (@Matt McDermott) 1517875983.0

One Pennsylvania Republican suggested impeaching the five justices who voted for the change:

This is all really good news for Democrats.

"By any measure, Pennsylvania is a swing state. In 2011, Republican politicians drew rigged maps that locked themselves into 13 of the 18 congressional seats. Today's Supreme Court action means there will be new #fairmaps this year. This is a huge victory for Pennsylvanians," tweeted the National Democratic Redistricting Committee.

A similar ruling in North Carolina in January also required the redrawing of districts, which Governor Roy Cooper described as "technologically diabolical gerrymandering, the redistricting that this Republican legislature has put into place." Just like Pennsylvania, North Carolina will have to redraw its congressional districts before the 2018 midterm elections.