Everything You Assumed About Violent Video Games Might Be Wrong 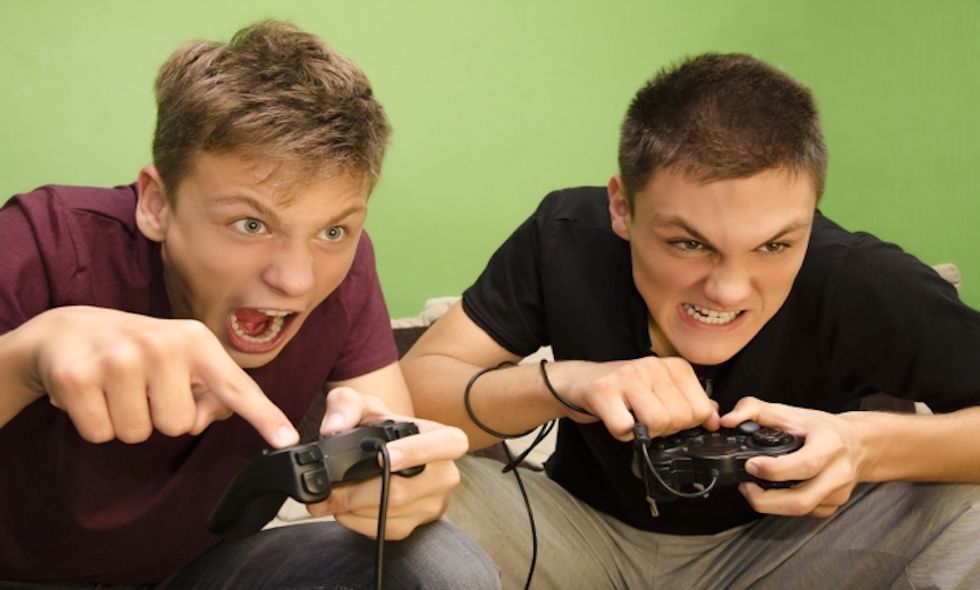 Violent video games have long been blamed for desensitizing players to violent imagery, and leading to real-life aggression. This notion may finally be put to rest, according to a new study published by Frontiers in Psychology, which found that playing certain violent video games has no long-term effect on a person’s empathy.

“We interpret our results as evidence against the desensitization hypothesis, and suggest that the impact of violent media on emotional processing may be short-lived,” the study’s director, Dr. Gregor Szycik of Germany’s Hannover Medical School wrote in his paper.

Their study involved a group of 30 young men – half of whom had played violent video games like Call of Duty or Counterstrike several hours each day over the course of four years. The other half either played nonviolent video games, or did not game at all for the same amount of time.

After not playing the games for several days, each group answered a series of psychological questionnaires which were used to measure levels of aggression or empathy in the participants. The researchers then scanned their brain activity using an MRI machine, while showing them scenarios designed to provoke an empathetic response. As each scenario appeared, each participant was asked how they would “feel” during the depicted situations. The researchers studied the activity of specific brain regions responsible for emotion and aggression, theorizing that the violent gaming group would show dulled activation in these regions after being regularly exposed to violence in their games. Instead, they found that the gamers had the same brain activation to the emotionally provocative images as their non-gaming colleagues – meaning that there was no desensitization taking place.

Szycik and his team were “surprised” by the results, claiming that it was contrary to the general consensus regarding violent games and their effect on behavior. Ultimately, they deduced that any negative effects of violent video games on a player’s empathy may be short-lived.

Previous studies that observed correlations between video games and behavior had used participants who were exposed to violent video games either immediately before or even during the actual experiment. This resulted in players feeling less guilt about their aggressive behavior in-game. This means that previous findings could be influenced not only by a possible “desensitization,” but also by the player’s focusing on their aggressive thoughts as they were playing.

The current study had its shortcomings, most notably a small sample size, which means that the findings may not translate to a larger population. But studies like these may be a start to the highly controversial studies of empathy, video games and desensitization.