Life Expectancy Is Rising in Developing Nations, so Why Is It Declining Here at Home?

Drugs, alcohol and suicide are the primary factors in the recent decline in the life expectancy of Americans. 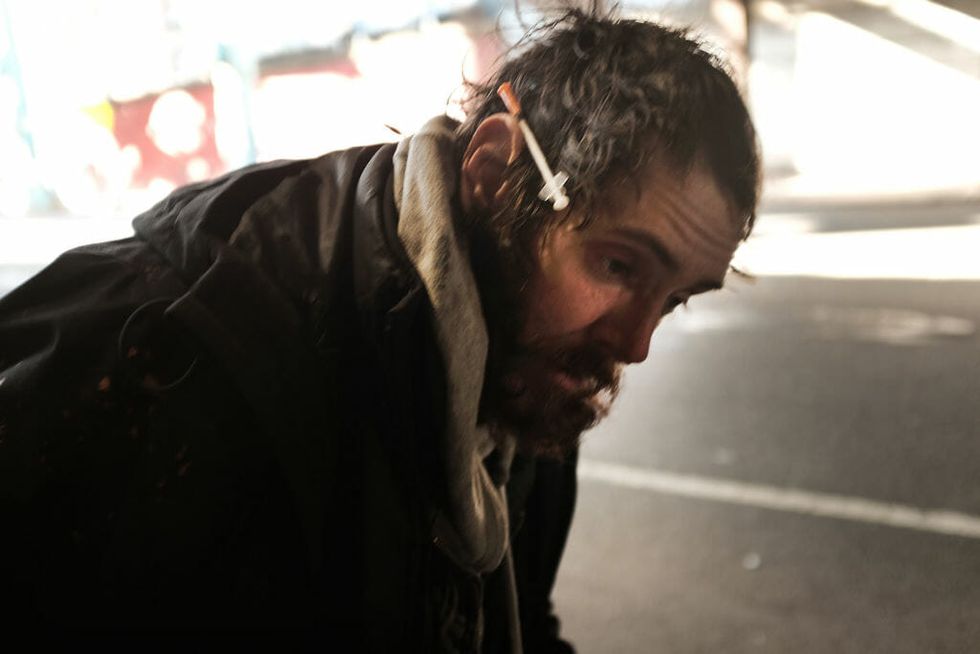 PHILADELPHIA, PA - JANUARY 24: A man uses heroin under a bridge where he lives with other addicts in the Kensington section of Philadelphia which has become a hub for heroin use on January 24, 2018 in Philadelphia, Pennsylvania. Over 900 people died in 2016 in Philadelphia from opioid overdoses, a 30 percent increase from 2015. As the epidemic shows no signs of weakening, the number of fatalities this year is expected to surpass last year's numbers. Heroin use has doubled across the country since 2010, according to the DEA, part of an epidemic. Officials from Philadelphia recently announced that they want to become the first U.S. city to allow supervised drug injection sites as a way to combat the opioid epidemic. (Spencer Platt/Getty Images)

Contrary to popular belief, Americans are not living longer. In large part due to alcohol and drug abuse, as well as suicide, life expectancy has dropped in the US for the second year in a row. This trend is particularly alarming, because life expectancy rates have been rising in many other developed countries over the last several decades. Clearly, something is amiss in American society.

As will surprise no one America is in the midst of a booming opioid epidemic. According to a report by CBS, overdose is now the leading cause of death for American adults under 50 years old. This sobering statistic demonstrates the brutality of addiction, particularly within the United States.

Classically, America has treated addiction (and often mental health) as an issue that requires criminalization. The failure to treat addiction and other mental health issues as a public health issue is likely partially responsible for the decline in life expectancy.

A report in the BMJ (British Medical Journal) indicates that the largest decline in American life expectancy occurred in two population groups; middle-aged white Americans and those living in rural communities.

The current US life expectancy sits at 78.6 years. In the 1960s, America led the developing world in terms of life expectancy, meaning that Americans lived longer than citizens from every other country in the world.

According to USA Today, the health of AMerican is considerably less than people living in other nations. The BMJ indicated that in many areas, including birth outcomes, injuries, homicides, adolescent pregnancy, HIV/AIDS, obesity, diabetes and heart disease, that Americans fall short. There is also a high incidence of risky behavior, including gun ownership and drug abuse, that contribute to the declining life expectancy. In addition, many American lack poper social support and adequate healthcare, two major factors also at play.

"We are seeing an alarming increase in deaths from substance abuse and despair," said Steven Woolf, a co-author of the BMJ report. “The idea of the ’American Dream’ is increasingly out of reach as social mobility declines and fewer children face a better future than their parents. It may not sound like much, but the alarming story is not the amount of the decrease but that the increase has ended. ”

Again, a great deal of the decline in American life expectancy is due in part to opioid epidemic. In fact, the CDC cites the crisis as a major contributing factor to the decline.

"It’s a larger issue, involving addiction to opioids but also fatal overdoses from other drugs," says Wolfe. “The problem is concentrated in rural, largely white counties that have often struggled for many years with stagnant wages, unemployment, poverty and the loss of major industries that fueled local economies.”

The drop in life expectancy is also accompanied by an increase in suicides fueled by drug and alcohol abuse, the BLM report indicates. Interestingly, it seems that politics and our national health policy are contributing factors towards this decline in life expectancy. Recently, Donald Trump has taken several actions that inhibit properly addressing these addiction and mental health issues. Not only has Trump failed to enact a workable solution towards combating the opioid crisis, but his administration has also frozen a national database that serves as a registry for mental health and addiction services.

What can America do to reverse course on the decline of its life expectancy? First and foremost, addiction and mental health need to be addressed. Our government needs to provide better prevention and treatment, increased funding, and clear cut objectives to help the large number of Americans who suffer from those illnesses. Second, it is clear that economic conditions such as wage stagnation and poverty are contributing to the decrease. Again, the government needs to enact policy that properly addresses the economy’s crippling effect on our nation’s health. Unless our government and culture begins to take drastic action, American life expectancy will likely continue to decline.

America is no longer the superpower it was in the last century. In addition to the decline in life expectancy, America now trails many developed nations in healthcare, education, and even voter turnout. A drastic and systemic change needs to occur before America can truly be great again.