Q-Carbon Outshines Diamonds as Stronger and Brighter… and Faster? 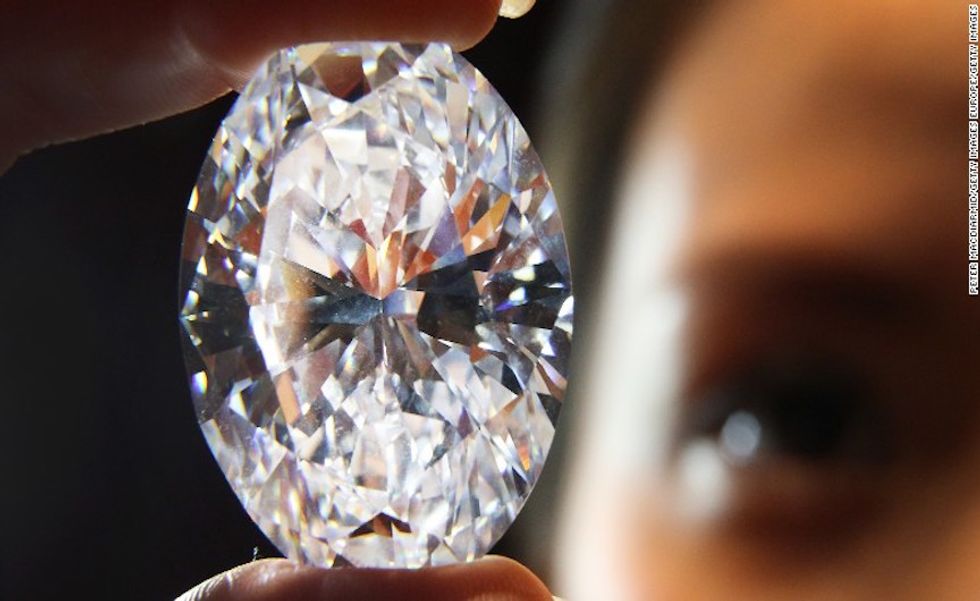 Most people are familiar with the two common solid phases of the element carbon: graphite (as in pencils) and diamond (as in gems). Both substances are composed entirely of carbon atoms, but their structures are different, giving them very different properties. Now a third solid form of carbon may be joining their ranks.

Researchers at North Carolina State University have discovered a new phase of carbon they call Q-carbon. Jay Narayan, the John C. Fan Distinguished Chair Professor of Materials Science and Engineering at North Carolina State, announced, "We've now created a third solid phase of carbon. The only place it may be found in the natural world would be possibly in the core of some planets."

A microscopic view of the Q-carbon diamonds. Credit: Jagdish Narayan and Anagh Bhaumik

This new substance is created at room temperature using a laser similar to those used in eye surgery. The scientists cover substances such as sapphires, glass, or plastic polymers with a carbon coating that does not have the crystalline structure of solid phases. When they heat the object with a pulse from the laser, the rapid heating and cooling create exceptionally thin films, measured in nanometers of Q-carbon. By changing the strength and timing of the laser, they can create diamond structures within the Q-carbon. The

process also allows these objects to be created in less expensive ways because the technology is more readily available and does not require changes to the atmosphere.

Q-carbon is harder than a diamond, glows when exposed to low levels of energy, and is ferromagnetic. Ferromagnetic materials are among the best at supporting a magnetic charge within themselves (highly permeable), while superconductors have low permeability. No previously known form of carbon is ferromagnetic.

According to the researchers, the tiny diamond structures created within Q-carbon can be used to help deliver medication and create high-temperature switches and power electronics by making nanodots or microneedles. Because of Q-carbon’s greater strength, the Q-carbon itself may have additional applications. But first, they need to discover how to make the Q-carbon structure bigger and thicker than it currently is: A sheet of paper is 100,000 nanometers thick, but a film of Q-carbon is only 20 to 500 nanometers.

The results of the research were reported in APL Materials and the Journal of Applied Physics, and the researchers have applied for patents. The researchers hope that Q-carbon can be used to make artificial body parts, better screens for electronics, and improved tools to replace those currently made with diamonds.