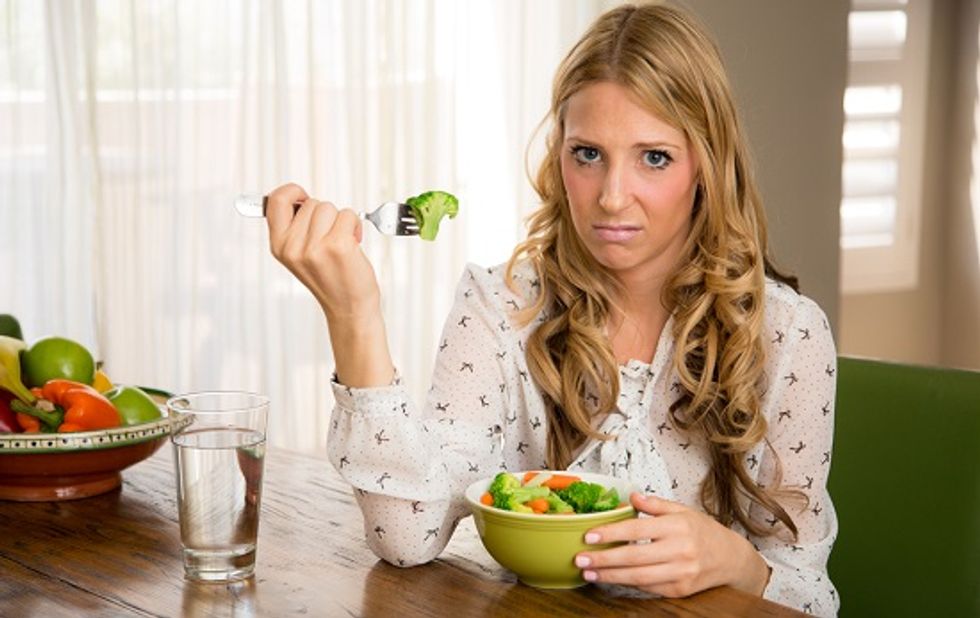 Countries looking to ward off a neighbor's attack benefit from creative defense systems, including chemical warfare. They also have to consider the cost of these defenses. New research indicates this is also true of broccoli.

Plant researchers, Rex Cocroft and Heidi Appel of the University of Missouri have established that plants can "hear" insects chewing on their leaves. The plants respond by producing insecticides. This research is causing farmers to dream of someday broadcasting the sounds of insect pests dining in their fields to spur the crops into producing their own insecticides, saving the farmers money.

Cocroft made a recording of the sound or vibration made by a caterpillar when munching on plant's leaves. When Cocroft’s recorded vibrations were played back, the Arabidopsis plant (a relative of cabbage and broccoli) responded by increasing its production of mustard oil. “The plant that we studied is in the mustard or cabbage family and is known for producing mustard oils in the leaves,” says Appel, who directed the chemistry side of the research. “A caterpillar that eats nothing but mustard oil plants can get poisoned if the levels get too high.”

The research revealed that when the plants felt or heard "munching vibrations" from the caterpillar, they sent out extra mustard oils but didn't react to other vibrations like the feeling of the caterpillar moving around on the leaf or the wind blowing. In other words, the plants responded to vibrations and sounds that signaled danger and did not respond to harmless sounds in their environment.

Another study showed that since plants cannot escape or run away from environmental stresses, they have developed a sophisticated, highly responsive and dynamic physiology. Results suggest that plants are capable of processing information encrypted in light intensity and in its energy. Plants are able to memorize light levels that fluctuate during the day and respond to the changes in light, which they use for photosynthesis. Researchers suggested that plants could be more intelligent than previously thought.

Researchers reported in Trends in Plant Science that plants decrease their defenses against insects and focus more on competition with other plants for light if light becomes scarce in places like the forest floor below a tall tree. Plants have to balance growth and defense. And they have to do it against clever enemies.

Some insects are getting creative with the toxic substances produced by plants. A species of leaf beetle, similar to a lady bug, has adapted a way to eat toxic substances from the plants and package those poisons within their body so that they are no longer harmful to the leaf beetle. The chemicals make the beetle toxic and unpalatable to birds and other beetle predators. These insects have figured out how to hijack the plant’s own defenses against insect pests to protect themselves from their own enemies.

Vegetarians might want to make sure their vegetables can’t hear them chewing at dinner.