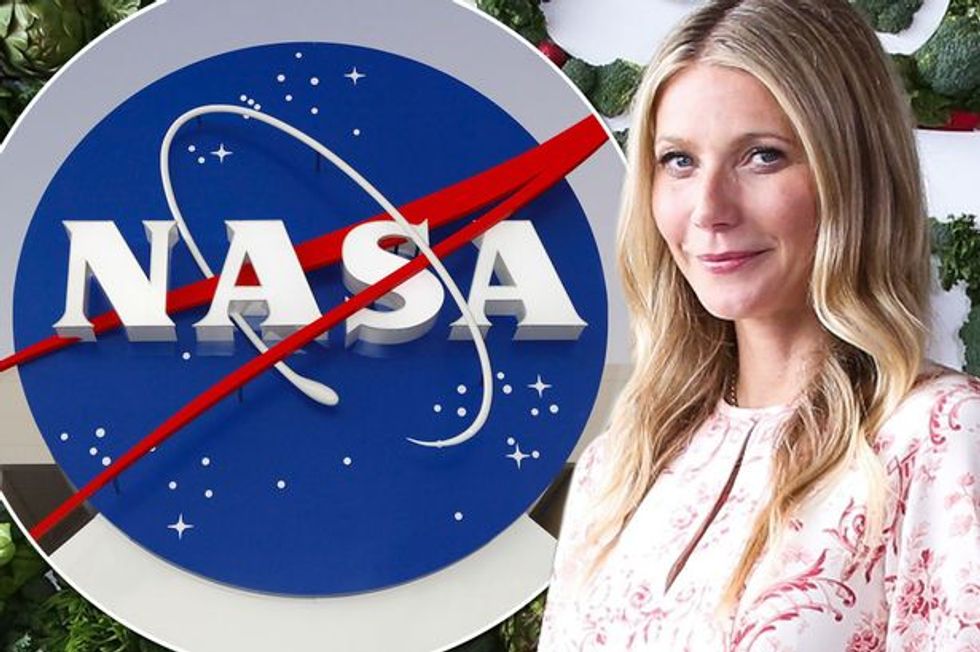 The National Aeronautics and Space Administration (NASA) exposed some of the false science peddled by Gwyneth Paltrow. Goop, Paltrow’s health and wellness website, is promoting stickers that would, according to the vendor’s website, “optimize brain and body function, and increase the body’s natural ability to heal itself.”

Mark Shelhamer, a former chief scientist in NASA’s human research division, also responded to the claims made by Goop and Body Vibes, the sticker manufacturer. “Wow. What a load of BS this is,” he said after Gizmodo shared the explanation given by Richard Eaton, the founder of Body Vibe’s parent company.

Eaton explained, “I found a way to tap into the human body’s bio-frequency, which the body is receptive to outside energy signatures. Most of the research that has been collected is confidential and is held as company private information.”

This magical effect, according to Body Vibes, is “like wearing mobile software that communicates with our body's operating system.” Goop.com described the stickers as “made with the same conductive carbon material NASA uses to line space suits so they can monitor an astronaut’s vitals during wear.”

Except, they aren’t. According to NASA, there is no carbon in spacesuits. In fact, spacesuits are made with Spandex, synthetic fibers, and other materials.

“Not only is the whole premise like snake oil, the logic doesn’t even hold up," Shelhamer said. "If they promote healing, why do they leave marks on the skin when they are removed?”

In response, Goop has removed the claims about NASA, telling The Independent, “We constantly strive to improve our site for our readers, and are continuing to improve our processes for evaluating the products and companies featured. Based on the statement from NASA, we’ve gone back to the company to inquire about the claim and removed the claim from our site until we get additional verification.”

However, they still describe the stickers, which cost $120 for a pack of 24, in glowing terms:

Human bodies operate at an ideal energetic frequency, but everyday stresses and anxiety can throw off our internal balance, depleting our energy reserves and weakening our immune systems. Body Vibes stickers come pre-programmed to an ideal frequency, allowing them to target imbalances. While you’re wearing them—close to your heart, on your left shoulder or arm—they’ll fill in the deficiencies in your reserves, creating a calming effect, smoothing out both physical tension and anxiety. The founders, both aestheticians, also say they help clear skin by reducing inflammation and boosting cell turnover.

Body Vibes has also altered their website, according to a spokeperson:

We have learned that our engineer was misinformed by a distributor about the material in question, which was purchased for its unique specifications. We regret not doing our due diligence before including the distributor’s information in the story of our product. However, the origins of the material do not anyway impact the efficacy of our product.