Move Over Salt, There’s a New De-Icer in Town 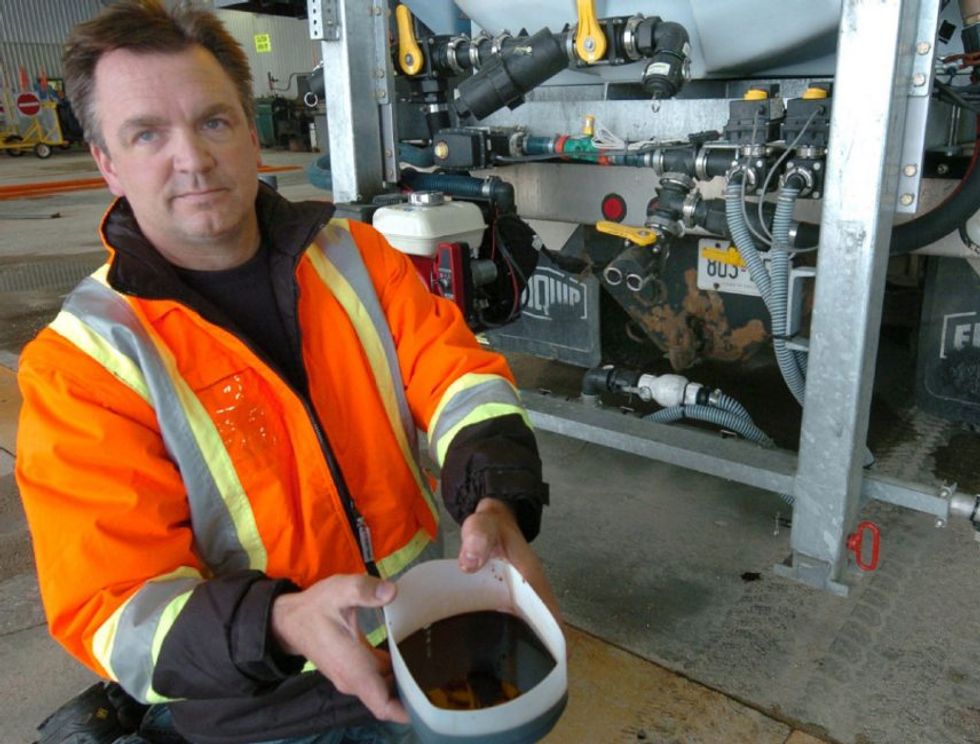 A Canadian town is combatting its winter ice and snow with beet juice. Yes, from the vegetable.

When snow and ice strikes, most cold-weather communities are prepared with snow plows and salt. Salt can help speed up the melting process, since the freezing point of salt water is lower than that of pure water.

But salt also has its drawbacks. Most visibly, the corrosive properties of salt can damage your car. More alarmingly, salt can also damage the environment. When it dissolves, it gets carried away into surface water and groundwater. Canada has found road salt to be such an environmental problem that it categorized it as a toxin in 2004, and put new guidelines in place for its use.

So this winter, in an effort to reduce its ecological footprint, the town of Cowansville in Quebec is adding beet juice to its winter arsenal.

“The beet juice is sprayed directly on the salt,” said Sylvain Perreault, the infrastructure superintendent for the town. “A portion of the beet is given to the animals. The rest is used to deglaze roads.”

There are numerous benefits to adding beet juice to storm-prone roads. Beet juice helps to keep the salt from bouncing off the roads and into water sources. When salt is spread alone, about 30 percent bounces off. When beet juice is added, the number drops to five percent. That means less salt is ultimately needed to keep roads clear.

Beet juice also helps make the salt mixture stickier if sprayed before a storm, which can keep the ice from bonding to the surface of the road. It can help salt melt ice at lower temperatures than it can on its own. And the beet juice mixture also lasts longer than salt alone, up to five days.

The town invested about C$20,000 in installing the necessary equipment. They expect to recover that in less than two years.

“For the moment,” said Perreault, “it’s very conclusive. Especially in cold weather, we noticed a lot of positive effects, on dirt roads or gavel too.”

Cowansville is not the first Canadian town to use beets for non-edible purposes. Other towns across Canada, including in British Columbia and Montreal, have also used beet juice. Toronto and Halifax are considering beets in the future.

Beets have been used in the United States as well, particularly when storm-heavy winters cause rock salt supplies to dwindle. In 2014, a heavy snow year, about 175 municipal agencies used beet juice.

The question on everyone’s mind is, of course, will it turn the snow pink? The juice is derived from the white sugar beet. The sugar beet is processed, leaving a brown molasses-like syrup. This is then thinned and sprayed, leaving an effective ice fighter—and a pleasant aroma. “It’s kind of like caramel. It smells like a Tootsie Roll,” said Kevin Golfuss, municipal director of Williams Lake, British Columbia.