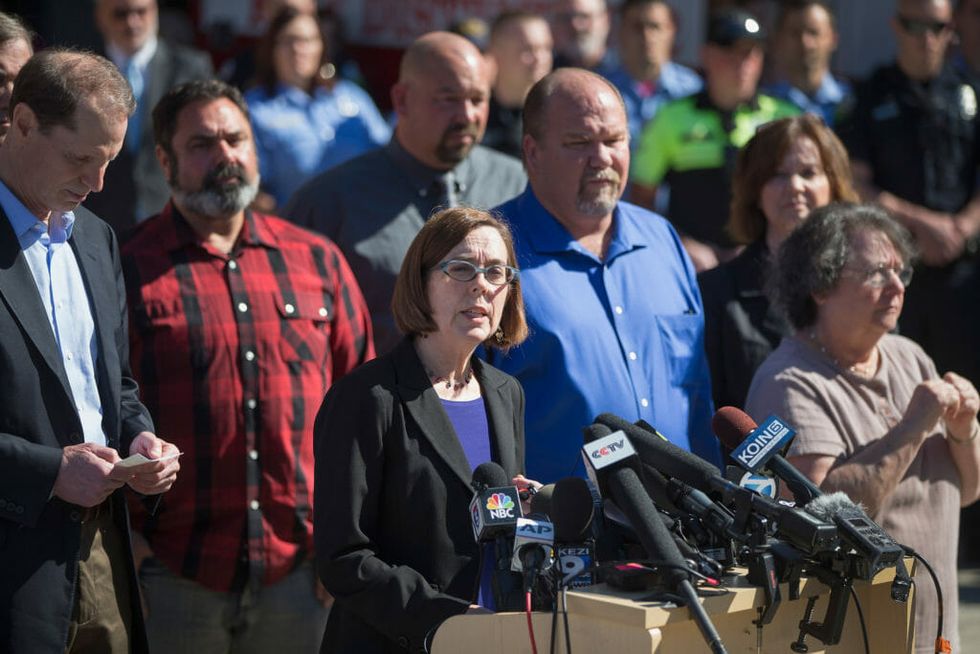 ROSEBURG, OR - OCTOBER 02: Oregon governor Kate Brown speaks to the press about the mass shooting at Umpqua Community College on October 2, 2015 in Roseburg, Oregon. Yesterday 26-year-old Chris Harper Mercer went on a shooting rampage at the campus, killing 9 people and wounding another seven before he was killed. (Photo by Scott Olson/Getty Images)

On Monday, March 5, Oregon Governor Kate Brown signed a bill into law that prevents domestic abusers and those with restraining orders against them from purchasing or owning guns.

The new law expands those who are subject to the prohibition beyond just spouses to include "intimate partners," thus closing the "boyfriend loophole" which allowed domestic abusers who were not married to their victim to evade the gun prohibition previously on the books.

“I’m proud to sign this bill, making Oregon the first state to take action to prevent senseless gun violence since the tragedy in Parkland, Florida. Today marks an important milestone, but we know we have more to do. It’s long past time we hold the White House and Congress accountable. Now’s the time to enact real change and federal gun safety legislation.”

The Governor also took to Twitter to celebrate the milestone:

Governor Brown introduced the bill in January and it was passed by the Oregon state legislature in the wake of the February 14th tragedy in Parkland, Florida where 17 people were gunned down at Marjory Stoneman Douglas High School.

Oregon becomes the first state to pass any sort of gun safety measure after the Parkland shooting.