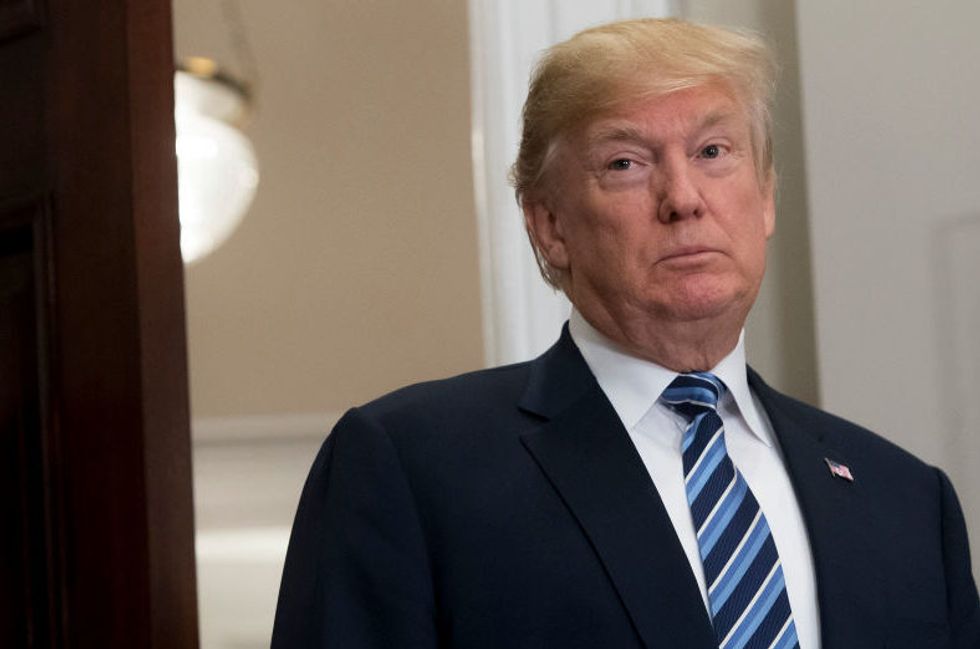 "The first-year grades for Trump are not good," said Lee Miringoff, director of the Marist Institute for Public Opinion. "He remains with his base intact and not much else. People remain doubtful in the institutions of our government, doubtful in how he's communicating things and how he's handling things. It's not a pretty picture for the president after the first year."

Unsurprisingly, President Trump insists his freshman year is going rather well. Early this morning, he tweeted: "The new Rasmussen Poll, one of the most accurate in the 2016 Election, just out with a Trump 50% Approval Rating.That's higher than O's #'s!"

On Wednesday, Trump tweeted a falsehood about his job approval among black voters: "Unemployment for Black Americans is the lowest ever recorded. Trump approval ratings with Black Americans has doubled. Thank you, and it will get even (much) better! @FoxNews"

Based on the NBC/PBS/Marist poll, however, President Trump has the lowest approval ratings of any modern first-year president. Only 37 percent of Americans approve of the job Trump is doing, and 39 percent strongly disapprove of Trump's handling of the presidency.

The differences of opinion regarding Trump's job performance are, of course, highly partisan. Among Democrats, 87 percent rated Trump's presidency a failure, and 71 percent said he failed to meet their expectations.

Trump's abysmally low popularity aligns perfectly with Americans' bleak outlook on the direction in which the country is heading. The NBS/PBS/Marist poll reveals that 42 percent of those surveyed think the country has changed for the worse under President Trump. Thirty-six percent said Trump has changed the country for the better, and 21 percent said they've seen no change at all.