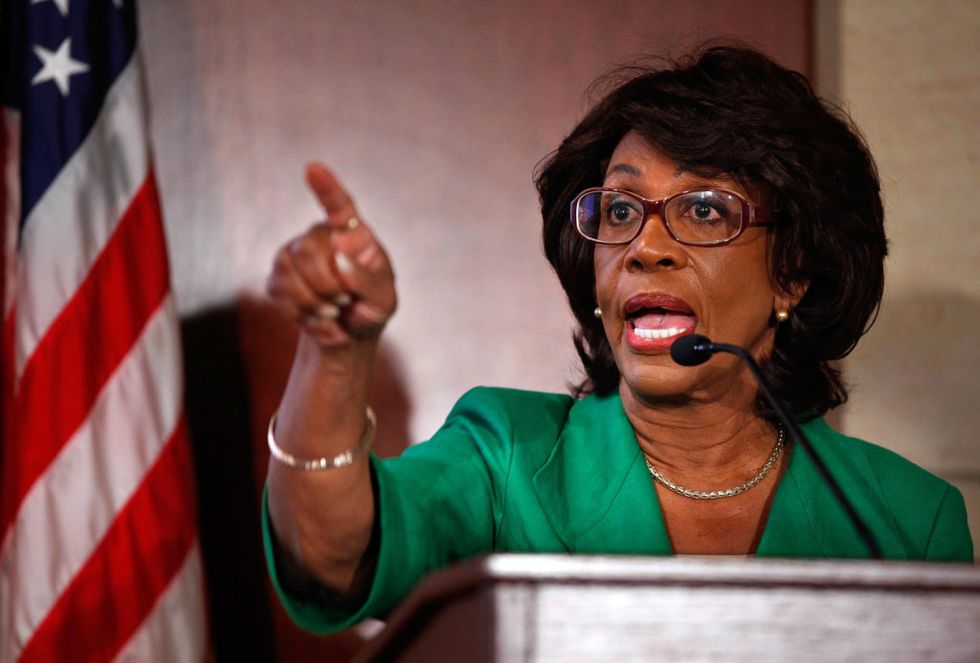 WASHINGTON - AUGUST 13: Rep. Maxine Waters (D-CA) holds a news conference to challenge the charges made against her by the House of Representatives ethics committee at the U.S. Capitol August 13, 2010 in Washington, DC. The House Committee on Standards of Official Conduct said it found sufficient evidence that Waters' chief of staff, her grandson Mikael Moore, granted "special favors" to a struggling Massachusetts-based bank in which her husband owned stock. Waters has requested that a public trial by an ethics committee panel take place before the November election. (Photo by Chip Somodevilla/Getty Images)

On Tuesday, Republicans in the House ended an Obama-era rule designed to reduce racial and gender discrimination by automobile dealers.

During the debate on the floor, things got heated when Rep. Maxine Waters (D-CA) took issue with the remarks of Rep. Mike Kelly (R-PA) who said:

"How in the world can you reduce this down to discrimination?"

"We are trying to make sure that we make America great every day in every way. And the best way to do that is to stop talking about discrimination and start talking about our nation."

I want you to know that I am more offended as an African-American woman than you will ever be. And this business about making America great again, it is your president that is dividing this country... And don't tell me that we don't understand [about discrimination], that is the attitude that has been given about women time and time again.

Don't you dare talk to me like that and think that somehow women don't understand what goes on on the floor of automobile dealers.

And when Kelly asked her to yield the floor to him, well...

And no, I do not yield one second to you, not one second.

And people were here for Waters's clapback:

“Don’t you dare talk to me like that and think that somehow women don’t understand what goes on the floor of automo… https://t.co/xF0NcH2ves
— Public Citizen (@Public Citizen) 1525817479.0