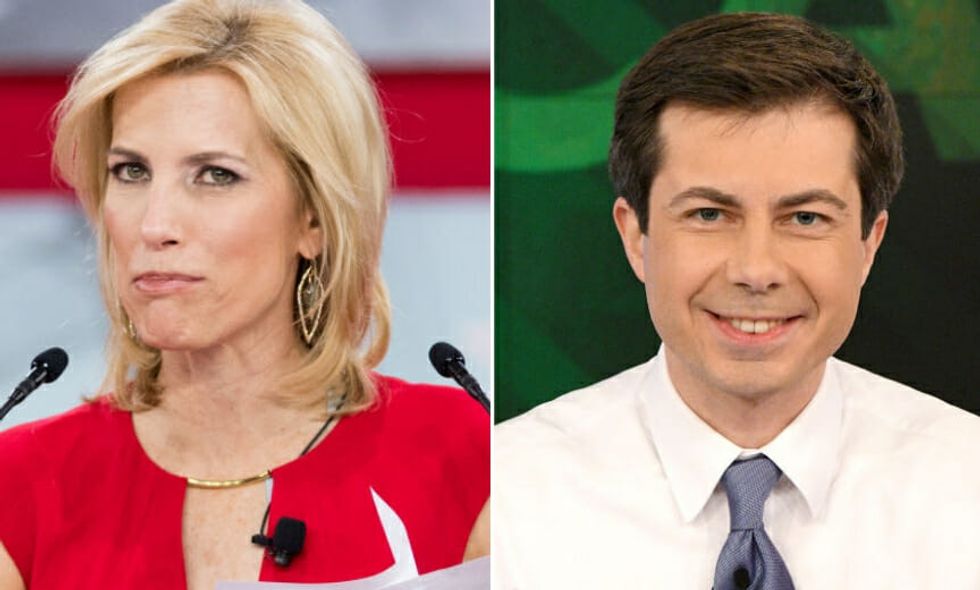 South Bend, Indiana Mayor and 2020 Democratic Presidential candidate Pete Buttigieg didn't mince words when calling out the anti-LGBT stances of Vice President Mike Pence and those who think being gay is a choice.

“If me being gay was a choice, it was a choice that was made far, far above my pay grade, and that’s the thing I wish the Mike Pences of the world would understand. That if you got a problem with who I am, your problem is not with me ― your quarrel, Sir, is with my creator.”

Ingraham—who has a storied past homophobia herself—was quickly dragged in the tweets responding to her claim that Buttigieg is self-righteous.

@IngrahamAngle @CNNPolitics That quote is perfectly accurate. Nothing sanctimonious about it. Sanctimonious would b… https://t.co/jycLjSDL0M
— Jack Murphy (@Jack Murphy) 1554783239.0

But many had kind words for one person mentioned in the tweet.Many tweeted their love for Mayor Pete in response.

@IngrahamAngle @CNNPolitics He comes off as honest, but I know you wouldn’t recognize that
— Observationist (@Observationist) 1554782023.0

@IngrahamAngle @CNNPolitics Mayor Pete doesn’t have a scintilla of sanctimony or self-righteousness in his entire b… https://t.co/QlhGafiXez
— Teresa 🇺🇸 (@Teresa 🇺🇸) 1554769860.0

Buttigieg's popularity has been surging in the polls and the candidate once seen as a long shot is now considered a force to be reckoned with.