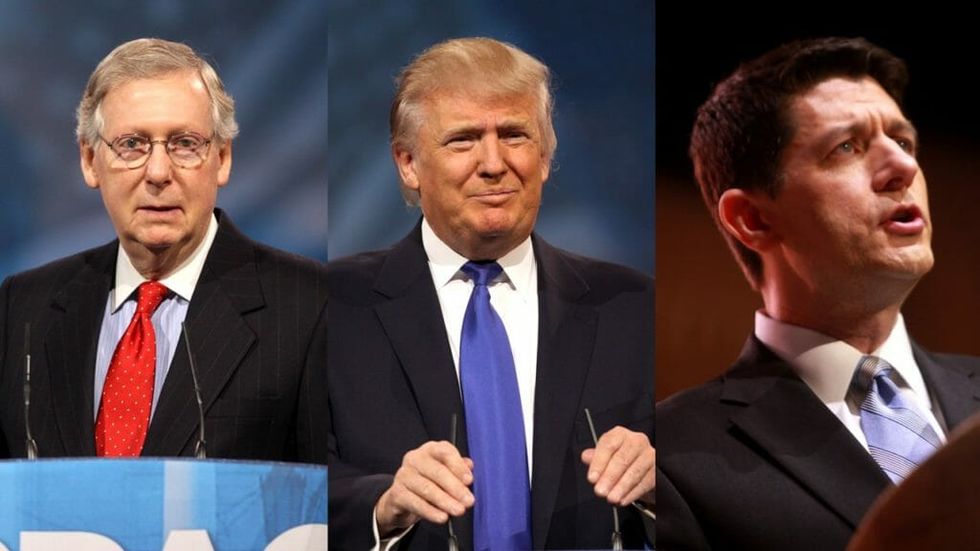 A new analysis of health insurers’ financial data by the nonpartisan Kaiser Family Foundation finds that Obamacare's individual exchanges have seen increased insurer profits and that the individual market is "stabilizing." The study also found that insurer financial results do not indicate any "sign of a market collapse."

An earlier Kaiser Family Foundation analysis of premium and claims data from 2011 – 2016 found that insurer financial performance "indeed worsened in 2014 and 2015 with the opening of the exchange markets," but showed signs of improvement the following year. For this analysis, researchers looked at

...recently-released first quarter financial data from 2017 to examine whether recent premium increases were sufficient to bring insurer performance back to pre-ACA levels. These new data offer more evidence that the individual market has been stabilizing and insurers are regaining profitability.

We use financial data reported by insurance companies to the National Association of Insurance Commissioners and compiled by Mark Farrah Associates to look at the average premiums, claims, medical loss ratios, gross margins, and enrollee utilization from first quarter 2011 through first quarter 2017 in the individual insurance market.1 These figures include coverage purchased through the ACA’s exchange marketplaces and ACA-compliant plans purchased directly from insurers outside the marketplaces (which are part of the same risk pool), as well as individual plans originally purchased before the ACA went into effect.

The results revealed insurance companies are paying a lower share of premiums––75 percent––out in medical claims than in any comparable period since the Affordable Care Act went into effect. That's a significant improvement from the first quarter of 2015 when insurance companies paid out 88 percent of their premiums for claims.

The study also examined average gross margins per member per month, defined as "the average amount by which premium income exceeds claims costs per enrollee in a given month," to gauge individual market financial performance. Gross margins showed a similar pattern to insurer loss ratios; insurer financial performance increased to $99 per enrollee from the first-quarter low of $36 per enrollee in 2015. While the Kaiser report acknowledges that first-quarter data "tend to indicate the general direction of the annual trend, and while annual 2017 margins are unlikely to end as high as they are in the first quarter," the current data suggest that insurers are on track to hit pre-ACA individual market performance levels.

The current mix of enrollees do not appear less healthy than they were in the past:

One concern about rising premiums in the individual market was whether healthy enrollees would drop out of the market in large numbers rather than pay higher rates. While the vast majority of exchange enrollees are subsidized and sheltered from paying premium increases, those enrolling off-exchange would have to pay the full increase. As average claims costs grew very slowly in the first quarter of 2017, it does not appear that the enrollees today are noticeably sicker than it was last year.

The Senate plans to unveil an updated version of their health care bill on Thursday, according to senior Republican aides. The Congressional Budget Office should release its score of the bill next week. Lawmakers plan to vote on the bill the following week. In March, a CBO analysis projected that the measure would result in 24 million Americans losing their health insurance while raising premiums for those covered on the individual market.

When asked about the chances the Senate health care measure will pass at this point, a senior Republican source told CNN, "Better than 1%. Not yet above 2% in my opinion."