Jimmy Kimmel Shopped at Eric and Don Jr.'s New Online 'Trump Store' and Is Exposing Where All the Merchandise Was Made 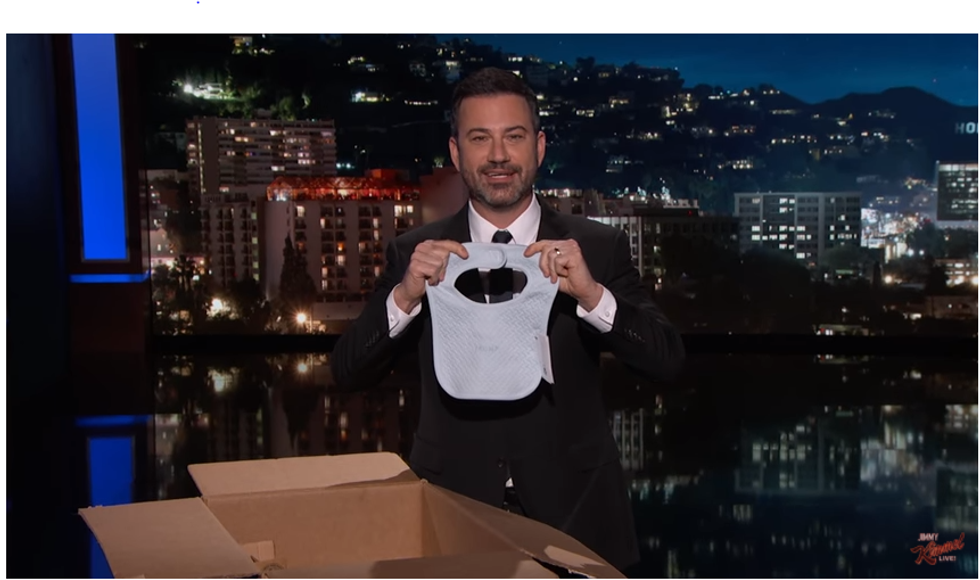 "Buy American!" President Donald Trump and his family love to say. While it certainly has a nice ring to it, is there any truth behind their cheer? Late-night television host Jimmy Kimmel of Jimmy Kimmel Live! decided to put his money where the Trump family's mouths are by purchasing merchandise from the Trump Store. Kimmel came to discover that something was greatly amiss.

None of the items were "Made in America," he discovered, and then Kimmel announced he was going to do something about it.

Kimmel bought some memorabilia from the Trump Store, which Donald Trump Jr. and Eric Trump, sons of the President, currently run.

“I’m sure Eric and Don Jr. take this American thing very seriously. These guys are red, white and blue to the core. They’re like a couple of flags wearing hair gel, these two.”

In light of the White House’s “buy American” rhetoric Jimmy Kimmel bought a bunch of merchandise from the Trump Sto… https://t.co/ECpWFLeFB8
— Patricia (@Patricia) 1521103977.0

Kimmel continued by pulling a black and gold golf club cover, which Kimmel pointed out "was made in China but decorated in the USA, and that's saying something." Kimmel pulled more Trump-branded goodies out of the box.

Showing a baby bib, "just like the one the President wears when he eats cheeseburgers in bed," Kimmel read that it was made in Peru. The Trump golf medallion was made in China, too.

"Trump's whole platform is about supporting American companies...Trump's company doesn't even support American companies," Kimmel said. "I’ll just file an official complaint and let them sort it out."
The crowd went wild. So did Twitter.

Jimmy Kimmel made in america