A Federal Judge Just Ruled Against Donald Trump in a Lawsuit Alleging He's Violating the Constitution, and the Internet Is Cheering

That didn't go his way. 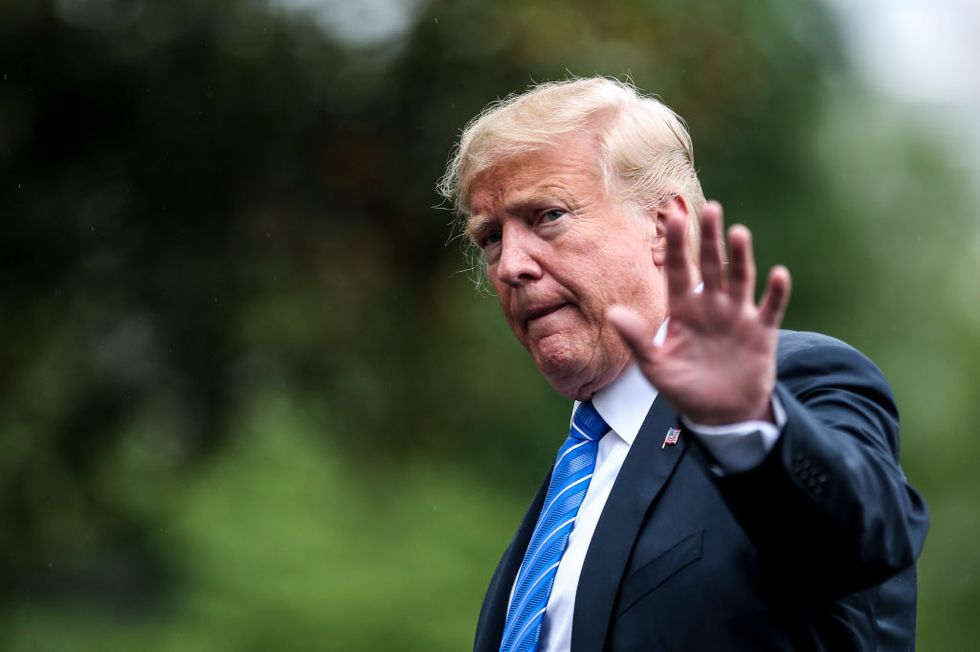 WASHINGTON, DC - JULY 24: US President Donald Trump waves as he returns from Kansas City, Missouri to the White House on July 24, 2018 in Washington, DC. (Photo by Oliver Contreras-Pool/Getty Images)

President Donald Trump may be a year and a half into his presidency, but his business entanglements have yet to stop haunting him. In a stunning development on Wednesday, U.S. District Judge Peter J. Messitte ruled that plaintiffs suing the President for violation of the enoluments clause have standing to continue with their case.

The Emoluments Clause was relatively obscure until concerns over Trump's activities with foreign businesses revived it. The clause states:

No Title of Nobility shall be granted by the United States: And no Person holding any Office of Profit or Trust under them, shall, without the Consent of the Congress, accept of any present, Emolument, Office, or Title, of any kind whatever, from any King, Prince, or foreign State.

However, the Trump Organization and the president's justice department both claim that the founding fathers intended for the clause to hinder bribes, not business. Messitte appears to disagree. Should the ruling stay in place, the plaintiffs will have unfettered access to businesses under the Trump organization and possibly even to Donald Trump's tax returns--which he still has yet to release. The plaintiffs are currently seeking interviews with foreign government officials who stayed at Trump's D.C. hotel--which is located on the site of the Old Post Office, a federal building.

The ruling rekindles the possibility that Trump's business dealings--which, to many, gave him credibility as a presidential candidate--will end up being his downfall. It's a possibility many Americans are welcoming.

This opinion in the Emoluments Clause case is a watershed moment. From the moment Trump took office he was in viola… https://t.co/mTdNKgaSx0
— Zephyr Teachout (@Zephyr Teachout) 1532545233.0

The case presided over by Judge Messitte is far from the only lawsuit Trump is fighting.

Nearly 200 Democratic lawmakers have sued President Trump for Enoluments Clause violations as well, in a case whose standing is still being determined. In a more widely-covered case, former adult film star Stormy Daniels is still in litigation for her defamation suit against the president.

While many see this most recent ruling as a beacon of hope, others remain skeptical.

@bmaz Even IF this case gets ruled for Maryland and Trump is violating emoluments, what is the remedy? Remembering,… https://t.co/fitmXhbnY8
— K Rushing (@K Rushing) 1532537500.0

It is unclear as to whether or not Trump's justice department will move to appeal the case, nor do we know if the precedent will open the door for more lawsuits against the president. What Messitte reminded us today, however, is that the president's business is all of our business.