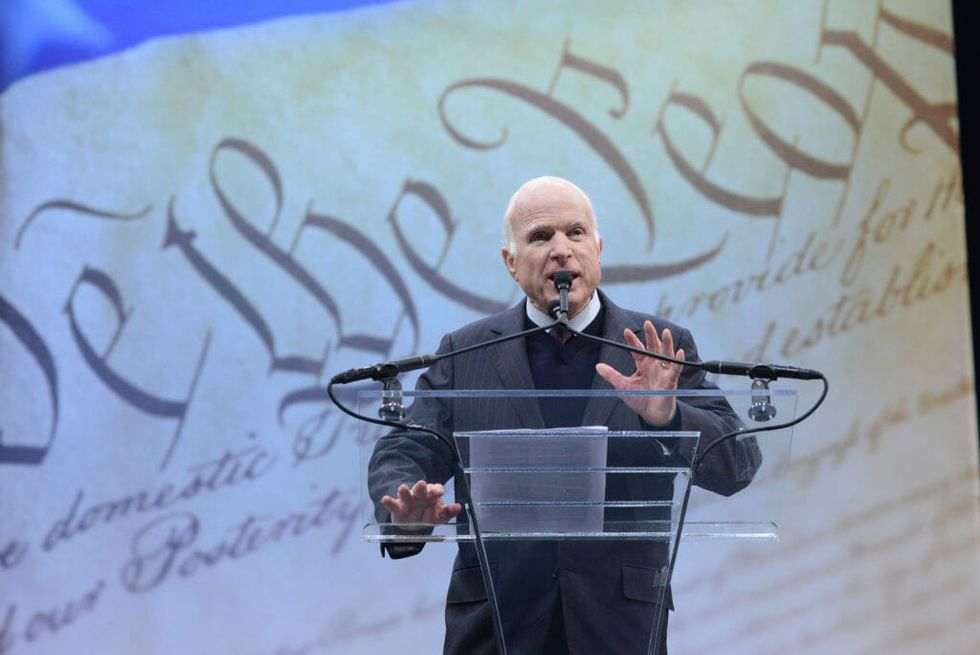 Senator John McCain, in an interview about the Vietnam War, appeared to mock President Donald Trump's draft deferments, pointing to wealthy Americans who were able to get out of being drafted into service. McCain, who during the conflict spent several years as a prisoner of war, notoriously sparred with Trump last year after Trump, then a presidential candidate, doubted his status as a war hero.

Trump received five military draft deferments during the Vietnam War, including one medical deferment after he was diagnosed with bone spurs––protrusions caused by calcium built up on the heel bone––in his foot while a student at the private New York Military Academy. “I had a doctor that gave me a letter — a very strong letter on the heels," he said during an interview with The New York Times last year explaining his deferment, adding that the heel spurs were “not a big problem, but it was enough of a problem.”

As The Washington Postnotes, it "would be a pretty big coincidence for McCain to bring up that particular ailment," particularly after criticizing Trump for his half-baked spurious nationalism" in a speech two days before the interview. In recent weeks, Trump admonished McCain for the role he played in curbing the GOP's attempts to repeal the Affordable Care Act.