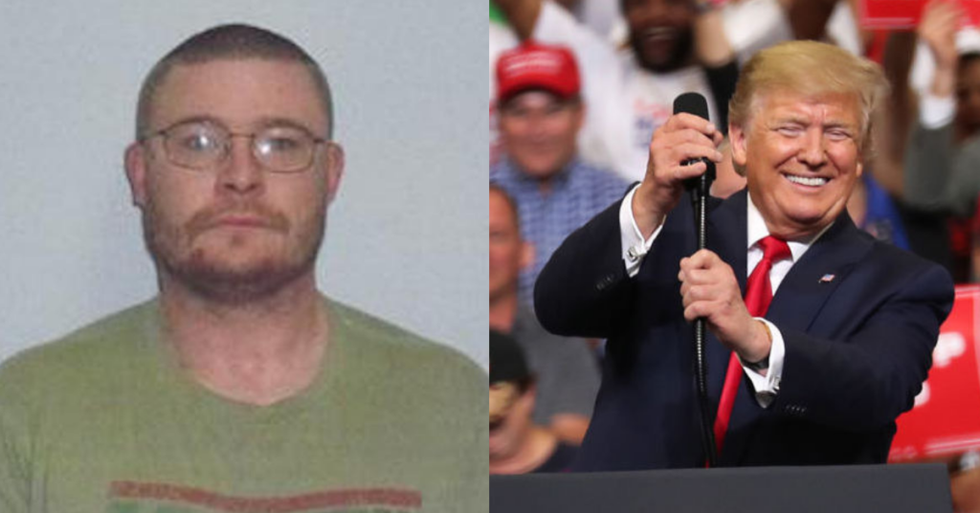 The Trump administration may soon find themselves facing another subpoena. But this time not from Congress.

After a horrific attack by a 39 year-old man in Montana against a 13 year-old boy, his lawyer is citing President Donald Trump as the instigator. Montana resident Curt Brockway was charged Monday with "felony assault on a minor" after choke-slamming a 13 year-old child and fracturing the boy's skull.

Jasper cited a head injury from a vehicle crash in 2000 as a contributing factor to why he attacked the boy—Brockway believed—on President Trump's orders. Brockway stated several times his actions were justified because the boy disrespected the flag and the national anthem by not removing his hat.

Jasper claimed due to Brockway's prior military service:

"[Brockway] certainly didn't understand [slamming the boy to the ground] was a crime."

Witness statements seem to indicate the same. Taylor Hennick heard the assault as she entered the Mineral County Fair and Rodeo.

She told the Missoulian:

She added of Brockway who justified his actions to those around him in the immediate aftermath:

"He said [the boy] was disrespecting the national anthem so he had every right to do that."

The White House was contacted for possible comment, but issued no response to Brockway's defense attorney's claims.

The unusual legal maneuver brings up several questions about other pending cases where violent acts or credible threats of violence were made that also invoked rhetoric from President Trump' Make America Great Again (MAGA) rallies or his Twitter feed.

Is there going to be a "Trump defense"? Will Trump's rhetoric be cited as a defense in the case of the MAGA bomber? Or the domestic terrorism attack in El Paso? Both cited verbatim messaging employed by the Trump administration and the Trump presidential campaigns.

Jasper argued on Brockway's behalf, with the President's repeated calls to weed out those who protested during the national anthem or criticized the nation, Brockway is no longer thinking for himself but responding to a "presidential order."

"Obviously [Brockway] owes a big portion of accountability for what took place, but it's certain that there was other things at work here that definitely contributed."

"Trump never necessarily says go hurt somebody, but the message is absolutely clear. I am certain of the fact that [Brockway] was doing what he believed he was told to do, essentially, by the President."

As for whether the defense will work in Brockway's favor, Jasper is uncertain.

"There is the defense that his mental illness or brain injury that will be raised, along with permission given by the President. Whether that passes muster with the court as a viable defense is for a different day."

People are concurring with Jasper's assessment of Brockway's motivation.

Statements made to law enforcement indicate Brockway told Deputy Micah Allard he "grabbed the boy by the throat, lifted him into the air and slammed the boy on the ground." Brockway was on probation still for a 2010 assault with  a weapon conviction when he attacked the boy.

At his sentencing, the prosecution requested $100,000 bail be set, but the judge decided to release Brockway on his own recognizance.

The book Age of Anger: A History of the Present is available here.