These Aren’t the Subpoenas We’re Used To Seeing

ISIS On The Run? Recapturing Ramadi and the Future of Iraq 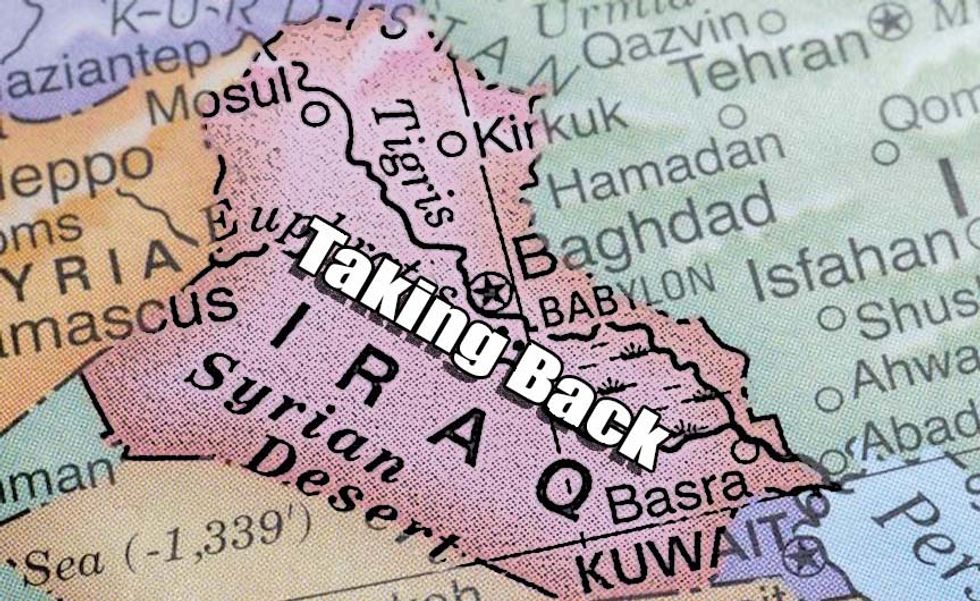 On Monday, December 28, the Iraqi Security Forces (ISF) recaptured the Iraqi city of Ramadi in a victory that comes more than seven months after it fell into the hands of the Islamic State. Ramadi had become the epicenter of a bloody power struggle in Iraq's Anbar province, coveted by ISIS for its proximity to the capital, Baghdad. Through closely coordinated maneuvers, utilizing the combined efforts of Iraqi forces on the ground and coalition airpower, the Iraqi government successfully counterattacked against ISIS, and the Islamic State may be experiencing the beginnings of its loss of control over the region.

ISF did not recapture Ramadi alone. Col. Steve Warren attributed the recent success to “many months of hard work by the Iraqi army, the Counter Terrorism Service, the Iraqi Air Force, local and federal police, and tribal supporters—all supported by over 600 coalition airstrikes since July.” Nevertheless, this victory marks the first time the ISF has led an offensive on the ground without the support of the Kurdish Peshmerga and Shiite-led militias, which Iraq's Prime Minister Haider al-Abadi has been criticized for relying on too heavily in the past. (Indeed, the ISF's contributions to date had been minimal, compared to the Kurdish offensive which expelled much of ISIS from the Nineveh province, or the Shiite campaign which drove ISIS from Tikrit last March.)

Morale is higher than it has ever been, but even this victory remains bittersweet. ISIS still holds towns and villages to the north and east of Ramadi, fueling fears of a potential resurgence and ensuring that it remains an omnipresent threat in Anbar. Thousands of the city's former residents, who escaped in the weeks before the city first fell, were displaced to Baghdad, and newly liberated refugees likely will join them there. The city remains largely uninhabitable following more than 600 airstrikes led by the United States. Imagesfrom the war zone reveal plumes of thick black smoke, crumbling buildings, and streets rendered impassable by mountains of rubble.

It was the loss of Tikrit that first spurred the Islamic State to seize Ramadi. Coupled with their earlier loss of

Iraq’s largest oil refinery at Baiji in May, ISIS’s stranglehold may be diminishing. An assessment by security analysts IHS/Jaynes showed that, despite gaining some ground in capturing Palmyra last June, ISIS now controls 14% less territory than it did at the beginning of 2015.

Now that Ramadi is in the hands of the ISF, Prime Minister Abadi has promised to place police and Sunnis in charge of security over the Shiite militia to ease tensions between factions. Abadi had originally promised to liberate Ramadi from the hands of extremists mere days after it fell in May. The recent turn of fortune has now emboldened him to propose the recapture of Mosul, which many analysts agree may be more difficult than Abadi believes. Mosul, at 1.5 million inhabitants, is the largest population center in Iraq, and ISIS has also dramatically increased security measures around the city in the last year and a half.

Iraqi military strategist Hisham al-Hashimi emphasized that victory in Ramadi “does not mean only defeating the enemy but restoring what it destroyed and robbed.” The city must be made habitable again, with services restored, but this will not be an easy task with the area in ruins and its major bridges destroyed.

Aftermath of the bombing in Ramadi. Credit: Source.

Furthermore, the Iraqi treasury is nearly bankrupt. In recognition of the situation, the World Bank announced a $350 million fund for reconstruction in Iraq last July, while Tikrit and other liberated areas have undergone reconstruction through the U.N. Development Program. In September, the International Organization for Migration reported that roughly 130,000 people had returned to their homes in Tikrit. But there are millions of displaced persons in Iraq; 1.3 million of these are from Anbar province alone. Restoring what was taken may prove as difficult a challenge as reclaiming it has been.