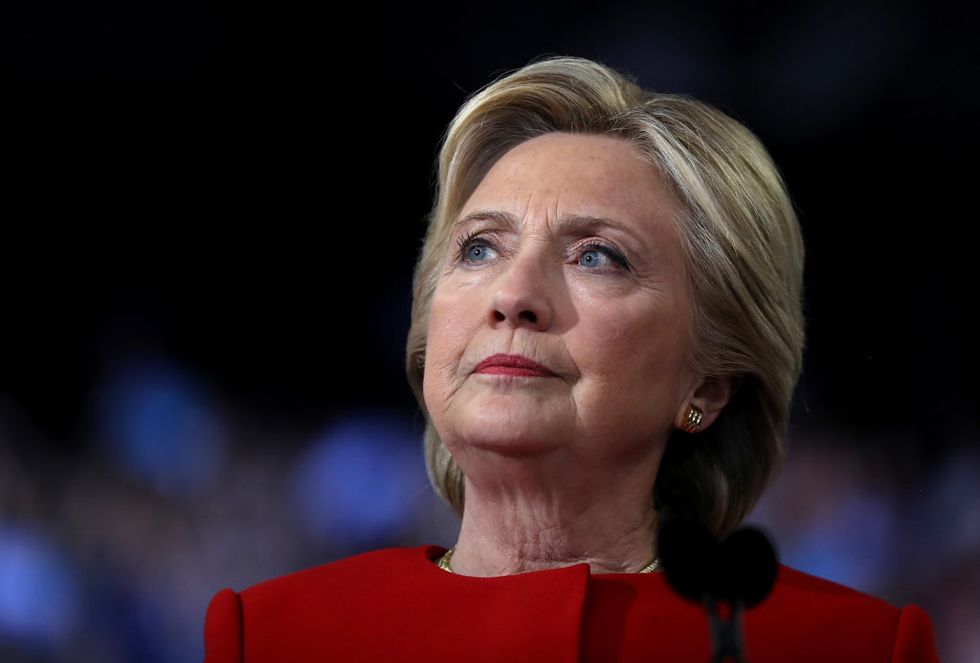 Hillary Rodham Clinton's 2016 nomination was historic, but if members on the Texas Board of Education get their way, it could just be history.

The board convened to change the social studies curriculum across the state to a more "streamlined" format. This included a vote to remove the 2016 Democratic nominee, former Secretary of State, Senator, and First Lady Hillary Rodham Clinton from the curriculum of Texas public schools. The decision also sought to remove historical figures like Helen Keller and Barry Goldwater in favor of Moses and the Alamo.

Clinton has been a mandatory subject in a curriculum on significant political figures alongside Supreme Court Justices Thurgood Marshall and Sandra Day O'Connor.

However, the vote is not final and there have been amendments on the final curriculum decisions in the past. For example, an education group consulted by the board to help in their efforts to streamline the curriculum had suggested the removal of televangelist Billy Graham, who was later added back by the board before the final vote, further emphasizing the "his" in history.

Many Americans are expressing their outrage in the hopes that Secretary Clinton could be reinstated where she belongs: the history books.

Texas State Board of Education wants to erase Hillary Clinton from history. So that’s how they want to deal with t… https://t.co/lytbf2LuoM
— Faith Garland (@Faith Garland) 1536958557.0

It's motivated an already mobilized Democratic party in Texas to look to the future with even more focus.

Because, as this decision says to many, even two years after Hillary Clinton's upsetting loss, people still preoccupy themselves with hating her.

The decision also pushes against what's been a goal of Secretary Clinton throughout her storied career.

While Clinton has long been an icon for feminists everywhere, there's a particular demographic she's always sought to inspire, despite its members not being eligable to vote.

She spoke directly to them in a line from her concession speech in 2016; a line that's pinned to the top of her Twitter to this day.

"To all the little girls watching...never doubt that you are valuable and powerful & deserving of every chance & opportunity in the world."
— Hillary Clinton (@Hillary Clinton) 1478710319.0

Hillary Clinton has constantly made a point to reach out to young women and girls, hoping to inspire the same self-determination that led to her becoming the first woman presidential nominee of a major political party in the United States.

@HillaryClinton You're an inspiration to millions. Especially our girls! Thank you, for all you continue to do for… https://t.co/yR7lSPBo3g
— Lulu Ward (@Lulu Ward) 1509302717.0

my inspiration @HillaryClinton's message to me tonight: "keep teaching as many girls to code" @GirlsWhoCode http://t.co/UtcEPGqcuW
— Reshma Saujani (@Reshma Saujani) 1418166991.0

Clinton's career is constantly seen as an inspiration and symbol of hope to young girls, possibly those who first saw her in a history textbook.

As the backlash shows, however, her legacy will be taught moreso by example than by textbooks anyway.