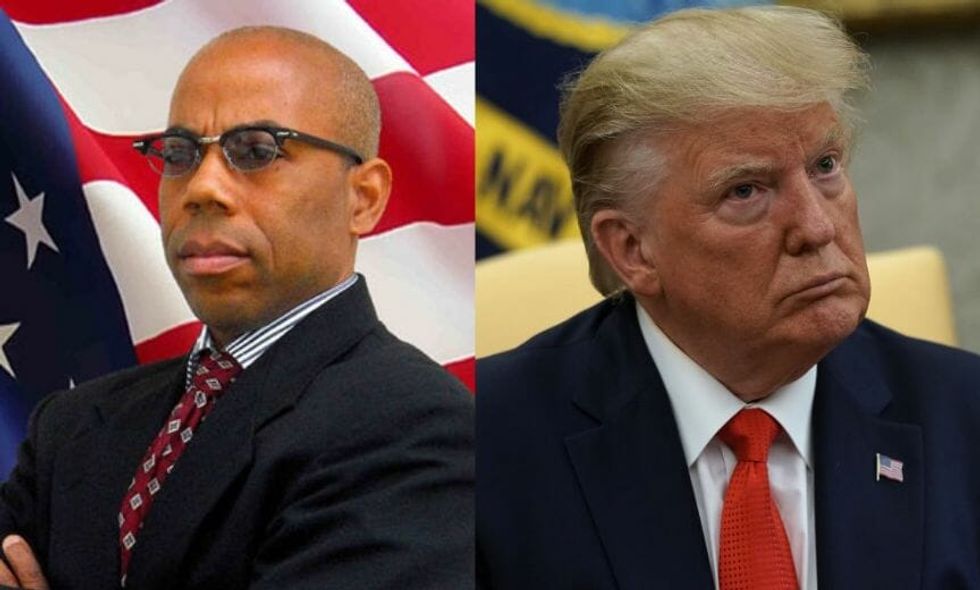 It was at a San Jose, California campaign rally in June of 2016 when then-candidate Donald Trump singled out an African American man in the audience, raising eyebrows by referring to him in possessive terms, saying:

"Oh, look at my African-American over here. Are you the greatest? Do you know what I'm talking about?"

That man was Gregory Cheadle, a then-Republican real estate broker.

Over three years later, Cheadle told PBS News Hour's Yamiche Alcindor that he will leave the Republican party to run for Congress in California's 1st District as an Independent. According to Cheadle, the GOP's "pro-white" agenda overpowered the fiscal platforms that originally drew him to the party.

Trump played a big part in that, with Cheadle saying:

“President Trump is a rich guy who is mired in white privilege to the extreme. Republicans are too sheepish to call him out on anything and they are afraid of losing their positions and losing any power themselves.”

The last straw was Trump's attacks on Congresswomen Rashida Tlaib (D-MI), Alexandria Ocasio-Cortez (D-NY), Ilhan Omar (D-MN), and Ayanna Pressley (D-MA), in which Trump told them to "go back" to the countries from which they came. All four are Americans.

Cheadle, who grew up in the segregation era, said of the reaction:

"[Republicans] were sidestepping the people of color issue and saying that, ‘No, it’s not racist. They were saying these people were socialists and communists. That’s what they were saying. And I thought this is a classic case of whites not seeing racism because they want to put blinders on and make it about something else.”

He described Trump as "mired in white privilege to the extreme," but stopped short of calling him a racist.

People commended Cheadle, but wondered what took him so long.

Cheadle says those who chastise him for taking too long to leave the GOP are "correct," but that he had hoped the party would improve instead of regress.

Trump's approval rating is at 15% among black men and 3% among black women, despite Trump's claims of being a champion for the African American community.

@kylegriffin1 So now that Trump has lost his African-American, Trump's support from black people is now just the 3%… https://t.co/HVbGa9FLdN
— Robert Johnson (@Robert Johnson) 1568310924.0