General Wesley Clark: America Should Revisit The Use Of Internment Camps To Separate Suspected Disloyals 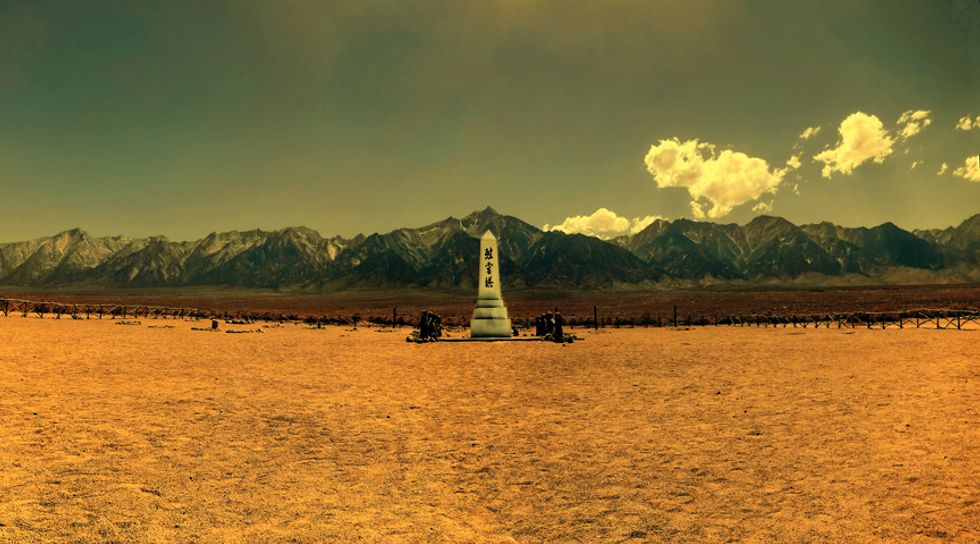 In response to the recent mass shooting in Chattanooga, Tennessee, that took the lives of five American service members, retired General Wesley Clark told MSNBC it was time for America and its allies to consider interning individuals who are “disloyal” to the United States.

General Clark recalled that “[i]n World War II, if someone supported Nazi Germany at the expense of the United States, we didn’t say that was freedom of speech. We put them in a camp; they were prisoners of war.” According to General Clark, that’s exactly what we should do today. Clark argues that “if these people are radicalized and they don’t support the United States and they’re disloyal to the United States as a matter of principle, fine—that’s their right. It’s our right and our obligation to segregate them from the normal community for the duration of the conflict.”

Critics note that General Clark’s statement is deeply problematic on many fronts—including his criteria for selection. Neither “disloyalty” nor “radicalization” has a hard and fast definition, leaving some to wonder how wide a net the former general would cast.

Since uttering his controversial remarks on MSNBC, Clark has issued a statement through a spokesperson defending his position:

“It's a sad choice, but if people choose ISIS, they should be treated as spies or enemy combatants – or both. I’m frustrated with the argument that sedition is free speech because there is a role for government to step in to prevent a dissenter from becoming an active shooter, or worse... The US has the obligation to protect our own population from terrorists. And ‎if the domestic terrorist threat grows due to ISIS, we must act responsibly and promptly."

Civil rights advocates are concerned that General Clark’s position seems blind to the errors of the past. During World War II, over 120,000 innocent Americans of Japanese descent were sent to internment camps on the basis of their race alone. The vast majority of those individuals were citizens who had been born in the United States. Their confinement was without charge or trial, and many were held there for years. The legal justification for their internment—embodied in the Supreme Court’s decision in Korematsu v. United States—also couched itself in the language of loyalty rather than race. Using an eerily familiar rationale in his majority opinion for the Court, Justice Black justified the United States’ segregation of Japanese Americans as a group:

“To cast this case into outlines of racial prejudice, without reference to the real military dangers which were presented, merely confuses the issue. Korematsu was not excluded from the Military Area because of hostility to him or his race. He was excluded because we are at war with the Japanese Empire, because the properly constituted military authorities feared an invasion of our West Coast and felt constrained to take proper security measures, because they decided that the military urgency of the situation demanded that all citizens of Japanese ancestry be segregated from the West Coast temporarily, and, finally, because Congress, reposing its confidence in this time of war in our military leaders -- as inevitably it must -- determined that they should have the power to do just this. There was evidence of disloyalty on the part of some, the military authorities considered that the need for action was great, and time was short. We cannot -- by availing ourselves of the calm perspective of hindsight -- now say that, at that time, these actions were unjustified.”

Today, the Court’s decision in Korematsu is almost universally condemned as counter to both the U.S. Constitution and internationally recognized human rights principles.

General Clark rejected the notion that his suggestion was in any way racially motivated:

“Any implication that I support racial profiling or interning people based on their ethnicity or heritage is dead wrong. I’m for separating people who have made dangerous decisions from the rest of society.”

Critics of Clark’s call note that during World War II, Japanese Americans who were considered “disloyal” because of their written answers on a loyalty questionnaire were also separated further and placed into a special punishment camp reserved for those considered most dangerous by the government. Asked for comment, actor and activist George Takei, who spent his childhood inside two of America’s internment camps, was quick to note the dangers underlying Clark’s proposal: “Once due process and liberty can be erased for some, it can be erased for all.”

Clark had no specific definition of what might constitute “dangerous decisions” by certain suspected individuals, where he would draw the line for what would or would not land you in a camp, or what sort of speech, decision or action might appear to advocate against current U.S. policy towards terrorist organizations or terrorism and thus warrant “separating people” from “the rest of society.”