A Fox News Analyst Claimed That Torture Worked on John McCain, and Twitter Is Dragging Him Hard 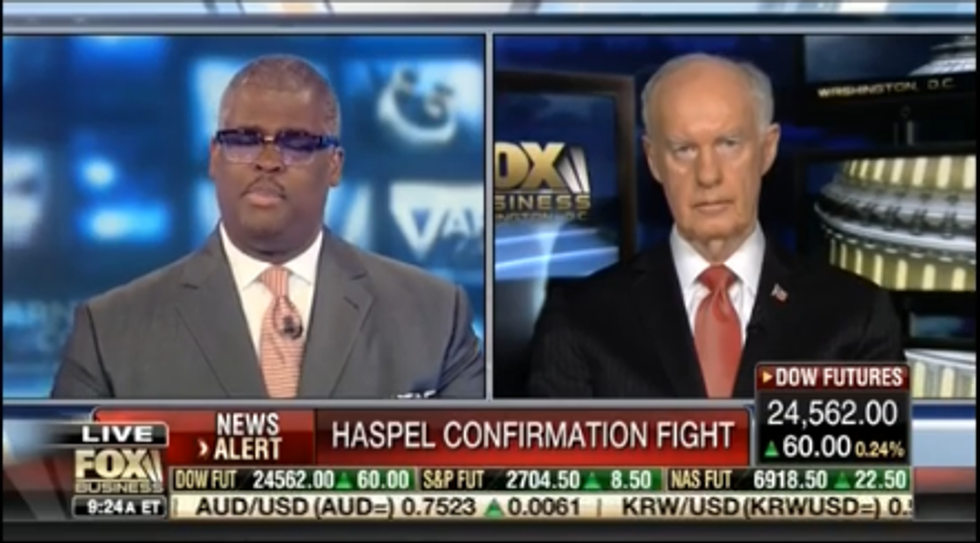 After a contentious Senate hearing on Gina Haspel's nomination to be CIA Director on Wednesday, John McCain issued a statement urging his colleagues to oppose her nomination, in part due to her refusal to acknowledge the immorality of torture.

I believe Gina Haspel is a patriot who loves our country & has devoted her professional life to its service & defen… https://t.co/nSU8tuawsj
— John McCain (@John McCain) 1525912032.0

In response, Retired Air Force Lieutenant General Thomas McInerney went on Fox Business to defend Haspel's nomination and ended up slamming McCain in the process, claiming that torture "worked" on McCain when he was a POW during the Vietnam War.

You sir are a disgrace.

Nobody knows what John suffered except John.

Unless you spent time in Vietnamese POW camp, you can't comment on what he faced. pic.twitter.com/gZdP1iciRg

Well she can't use it anymore because we have determined in Congress that it's not legal. The fact is, is John McCain -- it worked on John. That's why they call him 'Songbird John.' The fact is those methods can work, and they are effective, as former Vice President Cheney said. And if we have to use them to save a million American lives, we will do whatever we have to.

McCain, who is currently absent from the Senate due to battling brain cancer, has been an outspoken critic of torture and of Haspel's role in the CIA. Haspel ran a black ops prison in Thailand after 9-11 and oversaw "enhanced interrogation" methods against suspected terrorists. She then approved the destruction of digital files documenting their treatment.

Hours after the appearance, Fox Business Host Charles Payne issued an apology to McCain on Twitter.

But that didn't keep Twitter from weighing in, pretty much unanimously condemning McInerney's remarks.

Fox guest endorses the use of torture, arguing it is effective—by claiming torture worked well when it was used on… https://t.co/9zKtxESh4b
— Brian Klaas (@Brian Klaas) 1525975712.0

During the 2016 presidential campaign, Trump expressed his support of torture, telling an audience that "torture works."

It should be noted that intelligence agencies and the military have since agreed that torture, or "enhanced interrogation," is not an effective method of extracting information since people are likely to confess to anything to make it stop.