Fox News Tried to Shame Jamie Lee Curtis for Using Firearms in Her New Movie, and It Did Not End Well 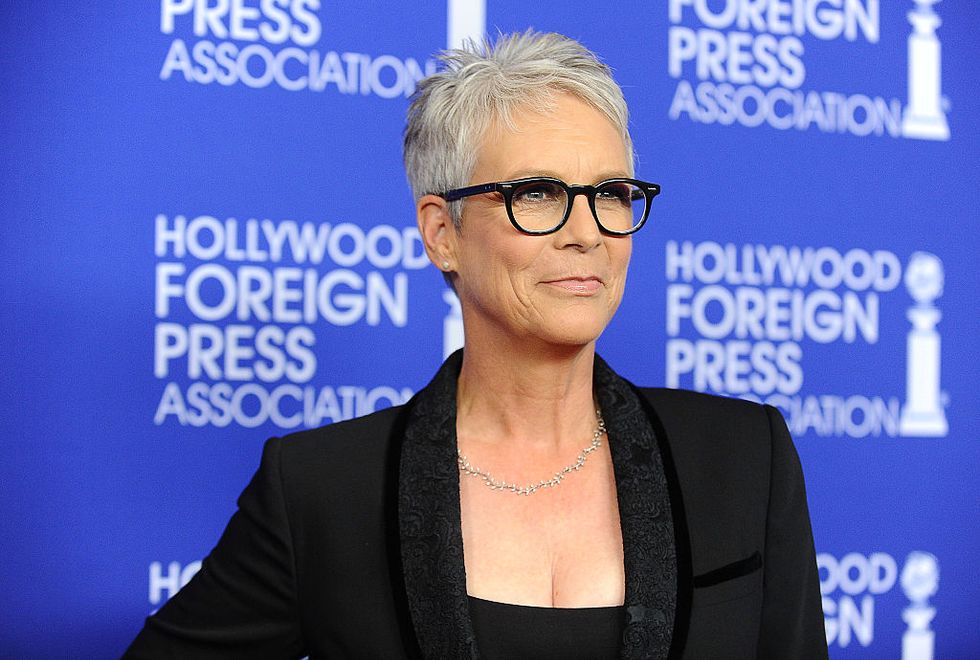 Fox News reporter Louis Casiano takes the absurdity to greater levels, writing that "Curtis’s on-screen actions stand in contrast to her real-life persona as an advocate for gun control -- one of several Hollywood actors who use firearms in their films while preaching against them away from the set."

These comments didn't go over very well with many people who pointed out that Curtis is an actress, that she's the star of a horror film in which she plays a traumatized woman who once escaped a serial killer who––for the second time––breaks out of a mental institution and stalks her and her loved ones, and that her personal views on gun control and the characters she's played onscreen are not mutually exclusive.

@FoxNews Have you heard of acting? It's very similar to what your presenters do when they fake outrage about things like this.
— David (@David) 1539162081.0

@FoxNews Hey Fox do you not realize the difference between fantasy/fiction and reality?
— AltNSA (@AltNSA) 1539162331.0

The Newtown Action Group, a grassroots organization founded after the 2012 mass shooting at Sandy Hook Elementary School in Newtown, Connecticut, which resulted in 27 deaths, most of them young children, also took the network to task, writing, "Weak gun laws in America is what should scare us-not movies."

The article also lent itself to parody: some people responded by purposely conflating actors with some of the famous roles they've played.

Like this person, who pointed out that Leonardo DiCaprio champions environmental causes despite, you know, succumbing to hypothermia after surviving the sinking of an ill-fated ocean liner in Titanic...

...and this person, who notes that Ralph Fiennes is nothing like Nazi war criminal Amon Göth, who was the commandant of the Kraków-Płaszów concentration camp in Płaszów in German-occupied Poland. (Fiennes is a UNICEF UK ambassador who has done work in India and Rwanda, and is also a member of the Canadian charity Artists Against Racism.)

But back to Curtis.

Curtis became a bonafide star with the release of John Carpenter's Halloween, reprising her role as Laurie Strode––who learns she's the sister of serial killer Michael Myers––in the well-received Halloween II, the long-awaited follow-up Halloween H20: 20 Years Later, and the much-maligned Halloween Resurrection, in which she was unceremoniously killed off. Along the way, her character has wielded firearms, knives, and even an axe in an evidently rather exhausting bid to survive. The release of David Gordon Green's Halloween seeks to streamline Laurie Strode's story by creating a separate timeline which ignores everything that came after Carpenter's original (much of which established a mythos of Myers as a supernatural being seemingly impervious to weapons, particularly firearms).

True, Curtis has starred in films like James Cameron's True Lies (as the firearm-wielding wife of a secret agent) and Kathryn Bigelow's Blue Steel (as a firearm-wielding female rookie on the police force forced to play a cat-and-mouse game with a psychopath), but it's worth noting that Fox News has not leveled similar criticisms at performers such as James Woods, who's starred in his fair share of violent films, including Oliver Stone's Salvador (as a journalist caught up in the bloody, firearm-laden Salvadoran Civil War) and David Cronenberg's Videodrome (in which he plays a cable television programmer who stumbles upon a surreal political conspiracy and yes, uses firearms to both defend himself and––eventually––shoot himself).

Woods, however, is a regular consumer of Fox News who has espoused conspiracy theories, such as his claim that left-wing protesters are Democrats funded by George Soros, a billionaire liberal donor whom many conspiracy theorists say is in cahoots with Hillary Clinton to usurp the current world order.

Curtis has not responded to Fox News' article or the jokes which have dogged it, but it's likely she'd simply reiterate what the network's critics have already pointed out. She has repeatedly called for gun reform and has advocated for an assault weapons ban.

Be it Pulse or the Congressional baseball game we need to address the gun issue in 🇺🇸#assaultweaponban… https://t.co/vjhWJQtj3j
— Jamie Lee Curtis (@Jamie Lee Curtis) 1497749657.0

In June 2016, Curtis appeared in a video sponsored by the Human Rights Campaign in which she paid tribute to the 49 victims of the Pulse Nightclub shooting in Orlando, Florida. The shooting was the deadliest mass shooting by a single shooter in the United States until it was surpassed the following year by the 2017 Las Vegas shooting, which resulted in 58 deaths.

Halloween opens on October 19 and is, if Fox News is to be taken seriously, a film about a man who probably enjoys stabbing people in real life.