'Fox and Friends' Just Mistakenly Aired a Graphic Announcing the Death of Ruth Bader Ginsburg, and People Are Not OK 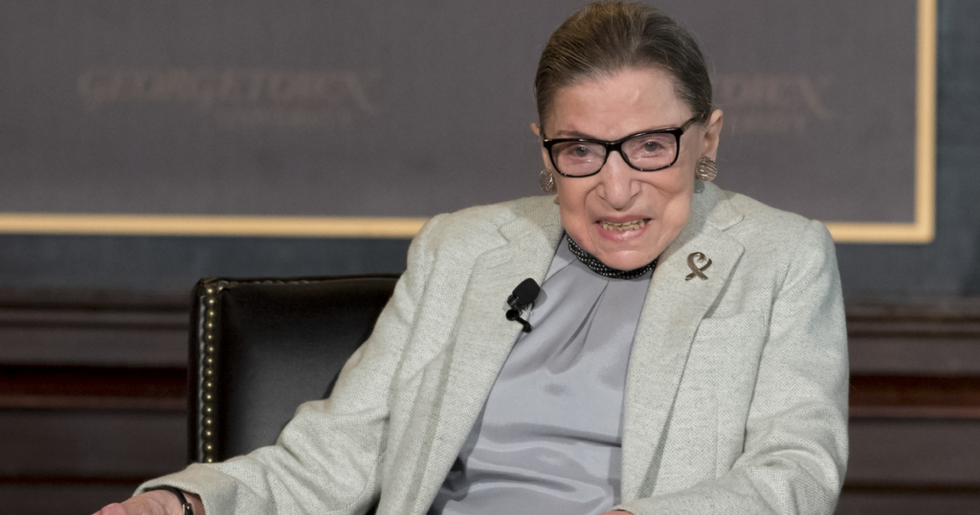 The blurb was an accident. Ginsburg is alive and the error was promptly corrected.

“We need to apologize … A technical error in the control room triggered a graphic of RBG with a date on it,” said host Steve Doocy. "We don’t want to make it seem anything other than that was a mistake. That was an accident.”

Ginsburg, 85, is recovering after having a procedure to remove cancerous nodules from her lung, which were discovered after the Justice broke three ribs in an office fall last November. Her doctors say the Justice is now cancer free and will return to work in the coming weeks. Ginsburg has been reviewing cases and arguments from home.

Having also beaten both colon and pancreatic cancers, Ginsburg said last summer she plans on remaining on the Supreme Court at least another five years.

Despite the apology, people are calling out the hypocrisy of creating and running a wrong death tribute.

Many are asking why the graphic was created and aired in the first place.

Though there are theories.

Earlier this month, a Russian oligarch named Artem Klyushin wrote on Twitter that it was time to remove Ginsburg from the bench.

Trump was tagged in the tweet, which has been translated from its original Russian.

“The time has come to bring Ruth Ginsburg out of the Supreme Court judges,” Klyushin tweeted. “[Ginsburg], the star of liberal jurisprudence, has been in the Supreme Court for 25 years. It’s time for her to rest.”

@thehill not an accident, russia television has been suggesting her death would be great for a month. they are following directives.
— paloma delecto (@paloma delecto) 1548079853.0

Klyushin, whose relationship with Trump goes back years, has also bragged about having gotten Trump elected.

Above is a tweet from 2013 showing Trump and Klyushin "discussing a new project," believed by some to be Trump Tower Moscow.