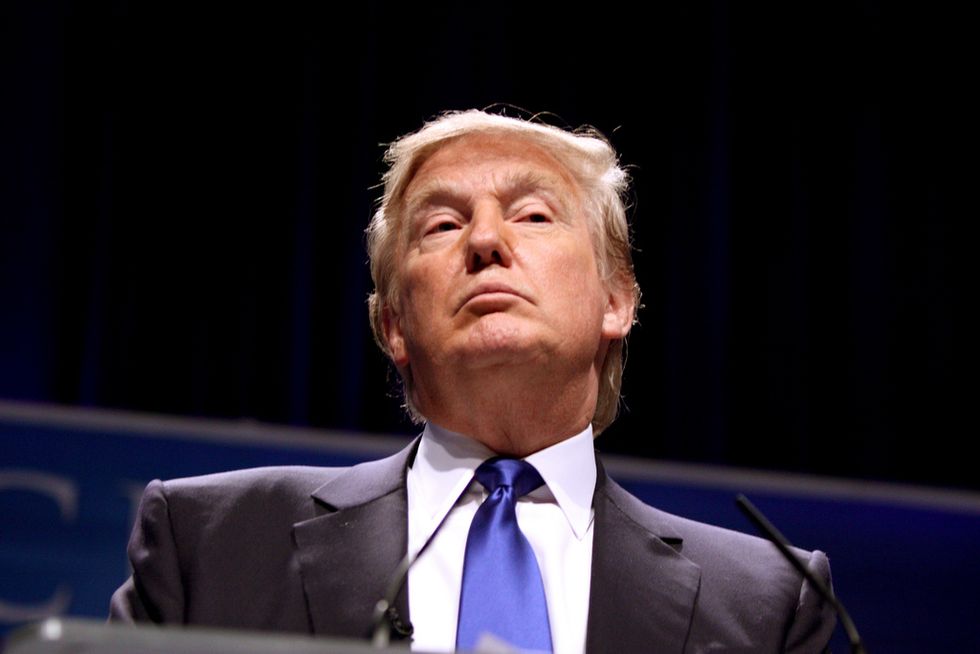 A federal judge in Maryland is the second judge to block President Donald Trump's ban on transgender service members in the U.S. armed forces. Trump's proposed ban involves prohibiting transgender people from serving in the military, as well as from receiving transition-related health care through the military.

Judge Marvin Garbis was struck by the haste and apparent lack of forethought that Trump exhibited this summer when he announced via Twitter his intended new policy, which was a complete reversal of the military's announcement last year regarding the open acceptance and medical care of trans service members.

"A capricious, arbitrary, and unqualified tweet of new policy does not trump the methodical and systematic review by military stakeholders qualified to understand the ramifications of policy changes," Garbis said.

The haste and inconsiderate nature of Trump's ban worked in favor of trans service members who sued the president, claiming the policy violates their constitutional rights. They also argued that the ban violates federal law, but Judge Garbis dismissed that portion of the lawsuit. The case is still pending, though the judge's temporary injunction released yesterday indicates the plaintiffs will likely win their case against Trump.

Earlier this month, Justice Department lawyers asked the court to dismiss the lawsuit because the policy is on hold pending a review by the Defense Department. Judge Garbis rejected their argument that the plaintiff's challenge was premature.

“The only uncertainties are how, not if, the policy will be implemented and whether, in some future context, the president might be persuaded to change his mind and terminate the policies he is now putting into effect,” Garbis wrote.

There is another case pending in Washington, D.C., sitting before another federal judge. U.S. District Judge Colleen Kollar-Kotelly also issued a preliminary injunction three weeks ago, which blocks most of Trump's policy change. But there is distinction between the two injunctions.

Judge Kollar-Kotelly's preceding order did not address military funding nor gender transition costs, citing that neither applied to the plaintiffs in that case, and so those portions of Trump's policy would have moved forward. But the Maryland case involves two plaintiffs who have already begun their transition, and will require additional surgeries in the future. Judge Garbis decided they would be affected by the change in policy, and accordingly, the "Sex Reassignment Surgery Directive" is now blocked as well.

Back in July, Donald Trump tweeted his proposal for banning transgender service members from the U.S. military.

But then in August, Defense Secretary James Mattis announced the Pentagon will not implement President Donald Trump’s directive banning transgender people from serving in the military in any capacity, saying that he would first establish a panel of experts to study the ban’s impact. There is even a rare bipartisan effort in the Senate to combat and reverse if need be Trump's ban.

Earlier this month, the Pentagon paid for an active-duty service member’s gender transition surgery. It was the first such gender-reassignment procedure approved under a waiver allowing the United States military to pay for the operation.