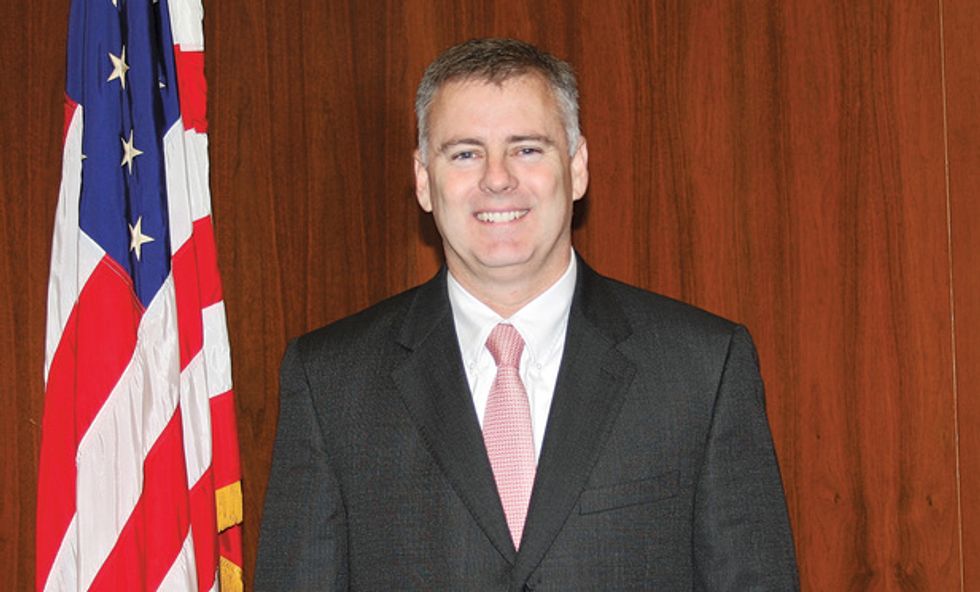 A federal judge in Texas has blocked the Obama administration’s directive to U.S. public school districts to allow transgender students to use facilities matching their gender identity. U.S. District Judge Reed O’Connor of Fort Worth issued a nationwide preliminary injunction on the ground that federal officials did not follow proper procedures in creating the directive. The federal education law, Title IX, he ruled, "is not ambiguous" about sex being defined as "the biological and anatomical differences between male and female students as determined at their birth." Judge O’Connor sided with Republican state leaders who argued that the federal government should have allowed schools to weigh in on the directive before it was announced in May.

Judge O’Connor’s decision, dated Sunday, was made public on the first day of classes for most public schools in Texas. Ken Paxton, the state’s Attorney General, said halting the law was a necessary decision because while the directive does not have the force of law, it states that schools which do not comply could face lawsuits or a loss of federal aid. "This president is attempting to rewrite the laws enacted by the elected representatives of the people, and is threatening to take away federal funding from schools to force them to conform," Paxton said. "That cannot be allowed to continue, which is why we took action to protect states and school districts."

Paul Castillo, an attorney with LGBT rights group Lambda Legal who is based out of Dallas, called Judge O’Connor’s ruling “simply a bump in the road,” but stressed that his decision was only the latest in a series of attacks by the government on transgender people. "I think today is going to be a hard day for transgender students," Castillo said. "The decision is certainly emotional, and certainly an attack on transgender students' dignity." The Education and Justice Departments have not yet responded to the preliminary injunction. Their move back in May quickly drew criticism from Republicans on grounds the federal government was interfering in community matters and imposing its own values. The move came as the Obama administration and North Carolina filed opposing lawsuits in federal court over a controversial law passed in March requiring transgender individuals to use the restroom matching the gender on their birth certificate. The Department of Justice sent letters to both North Carolina Governor Pat McCrory and North Carolina’s university leaders alerting them that HB2, the Public Facilities Privacy and Security Act, violates the U.S. Civil Rights Act. In response, North Carolina filed suit against the DOJ <shttps://thesocialedgen.wpengine.com/wp-admin/post-new.php#TB_inline?width=450&inlineId=insertSlideshowShortcode&width=753&height=665pan style="font-weight: 400;">accusing the federal government of overreach and arguing

that Title VII does not recognize transgender status as a protected class.

The Obama administration’s letter decreed that schools may not ask for a birth certificate or medical diagnosis as soon as a child’s parents or legal guardians declares a gender identity for the student that “differs from previous representations or records.” Schools may––but are not required to––provide other restroom or locker room options for students who seek extra privacy for any reason. “As is consistently recognized in civil rights cases,” the letter states, “the desire to accommodate others’ discomfort cannot justify a policy that singles out and disadvantages a particular class of students.”

In a blog post, officials from the Justice and Education Departments said they issued the directive in response to a growing number of inquiries from educators, students and parents nationwide to clarify both their obligations and “best practices” for the treatment of transgender students. A 25-page document accompanying the letter outlined “emerging practices” in place in schools around the country, including installing privacy curtains or allowing students to change in bathroom stalls per their requests.

President Obama condemned North Carolina’s legislation in April while speaking at a news conference in London. “When it comes to respecting the equal rights of all people, regardless of sexual orientation, whether they’re transgender or gay or lesbian, although I respect their different viewpoints, I think it’s very important for us not to send signals that anybody is treated differently,” he said.

Courts across the United States have addressed the issue inconsistently, and Judge O’Connor acknowledged that his "resolution of this difficult policy issue" will not squash the directive outright. "This case presents the difficult issue of balancing the protection of students' rights and that of personal privacy when using school bathrooms, locker rooms, showers, and other intimate facilities, while ensuring that no student is unnecessarily marginalized," he wrote.