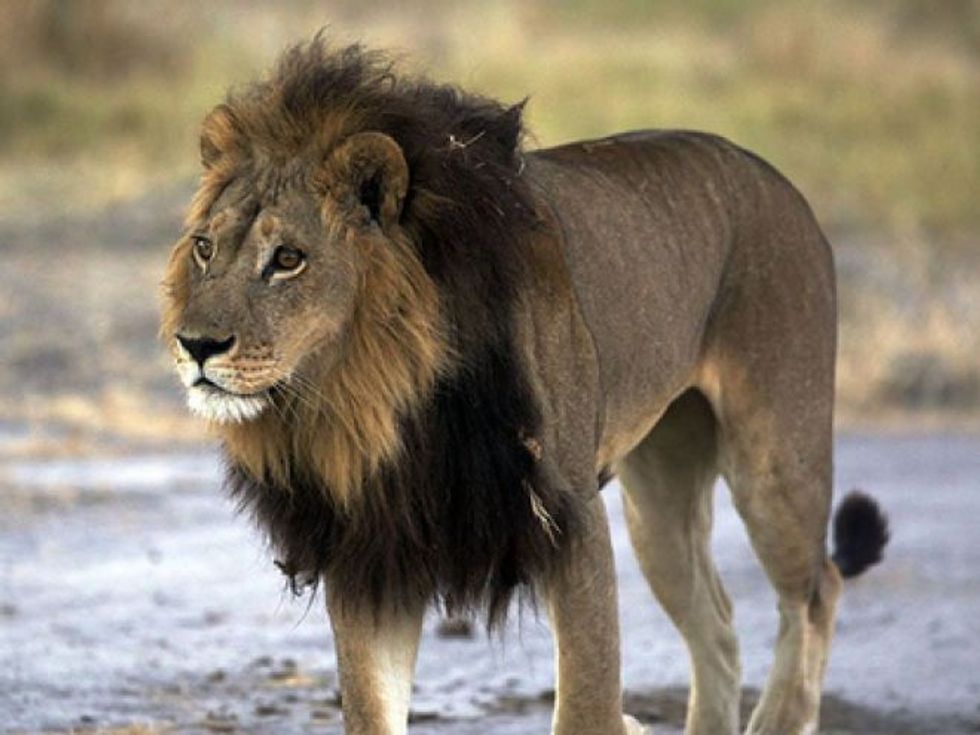 Five lionesses at the Moremi Game Reserve in Botswana have grown manes and are exhibiting typical male lion behavior—including trying to mate with other lionesses and killing lion cubs.

Geoffrey D. Gilfillan at the University of Sussex and his colleagues recently reported their observations of these lionesses in the African Journal of Ecology.

“While SaF05 is mostly female in her behavior—staying with the pride, mating males—she also has some male behaviors, such as increased scent-marking and roaring, as well as mounting other females,” said Gilfallan.

Although other females also exhibit these behaviors, “they usually do so less frequently,” continued Gilfallan. “SaF05, however, was much more male-like in her behavior, regularly scent-marking and roaring.”

SaF05 was also observed mounting female lionesses on seven different occasions—a behavior not seen in maneless lionesses.  The objects of SaF05’s affections were either ignored or met with aggression.

There may also be some benefit to having the maned lionesses in the pride—they can help when competing with other prides. SaF05 once brought down a zebra. A neighboring pride stole the zebra, and in return she killed two of their cubs. This behavior is common in males, but extremely uncommon in females.

Scientists speculate that SaF05 and her counterparts exhibit these unusual traits and characteristics due to an excess of testosterone. In lions, the production of testosterone is

directly related to the production of manes. For instance, when male lions lose their ability to produce testosterone due to castration, they lose their manes.

While less common, it appears the same principle may apply to lionesses. In 2014, a 13-year old lioness named Emma at the National Zoological Gardens of South Africa started to grow a mane. The zoo, concerned about Emma’s hormones, removed her ovaries and conducted a biopsy.  “Surprisingly, the ‘ovaries’ that were removed only contained cells normally seen in the testicles of males. This was obviously where the testosterone was being produced,” said the zoo’s clinical veterinarian Adrian Tordiffe. Once her ovaries were removed, Emma’s mane fell out.

Scientists are not sure why some lionesses have higher levels of testosterone than others. However, it is likely the lioness’s development was somehow compromised either due to the sperm received at conception, or during gestation.

Said Luke Hunter, president of the conservation group Panthera, “If the former case, the genetic contribution of the sperm—which determines the sex of the fetus in most mammals—was probably aberrant, giving rise to a female with some male characteristics. Alternatively and perhaps more likely, the problem may have occurred during gestation if the fetus was exposed to increased levels of androgens—male hormones such as testosterone.”

Whatever the cause, lionesses are unlikely to be able to pass on the trait: they appear to be infertile. “While some of the maned lionesses were observed mating, none of them became pregnant, suggesting they are infertile, a known consequence of high levels of androgens such as testosterone in females,” said Kathleen Alexander at Virginia Tech.

The maned lionesses otherwise appear to be able to live healthy, long lives.

While puzzling to scientists, they are not worried about this group of maned lionesses. “I don’t think there is anything to be concerned about, said Hunter. He continued that “from a conservation perspective, there is nothing to suggest the pattern is increasing or will ever be anything more than a rare, local phenomenon.”