54,000 Solar Panels are Headed To Paradise 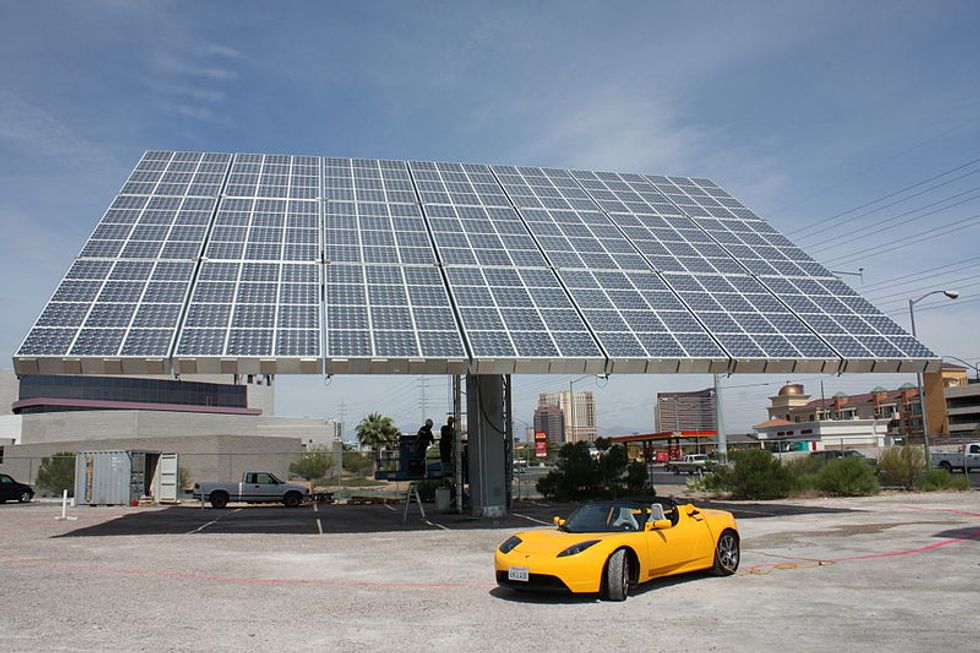 The island of Kauai will harness the power of the sun (and Tesla’s solar power grid) to provide solar energy and reduce fossil fuel use by approximately 1.6 million gallons per year.

Tesla, partnering with the Kauai Island Utility Cooperative (KIUC) and David Ige, governor of Hawaii, plans to install 54,978 solar panels with 13 megawatts of solar generation capacity on the island of Kauai. Tesla has already installed 272 of its large commercial battery, Powerpack 2, to store solar energy for nighttime use.

The utility will not own the storage facility and the solar panels; Tesla does. Tesla has contracted to provide power to Kauai for 20 years at 13.9 cents per kilowatt-hour, making Tesla a power provider, not merely a battery storage company, a new role for Tesla.

Known as the garden island, Kauai is home to 71,735 people and increasing at a rate of three people per day. Located only 1,465 miles from the equator, Hawaii can boast 56 sunny days a year and 184 partially sunny days for a total of 240 days with sun. Even in the dead of winter, it receives 11 hours of daylight. All that sun brings eager visitors.

“People come here first as visitors,” said realtor Phil Fudge. “They come here and think, Oh my gosh. This might be a great place to stay or visit. Then they get a condo and decide they may come back retire here. Others figure they can work and do everything on the Internet.”

Since Kauai and its surrounding islands have no natural gas pipeline or rail line to haul in coal, they have traditionally generated electricity by shipping in many barrels of diesel fuel, making them ideal candidates for solar panel installation. The Kauai solar grid is Tesla's second major solar power project since acquiring SolarCity last November. In American Samoa, Tesla is powering nearly the entire island of Ta’u with its Solar Powerpacks.

Despite Trump's aggressive support for fossil fuel production and his denial of climate change, a growing number of corporations have pledged to draw power from renewable sources, and lawmakers on both sides of the aisle have renewed subsidies for solar and wind energy firms.

Ethan Zindler, head of U.S. research at Bloomberg New Energy Finance, said solar and wind are competitive with coal in some parts of the country and natural gas ranks as the lowest-cost source of electricity generation overall. The sector that could suffer the greatest hit from the elimination of the Clean Power Plan is nuclear energy, which provides about a fifth of U.S. businesses and home with power.