During the Internment, We Were Urged To 'Go Back To Japan.' My Mother Was Nearly Sent There. 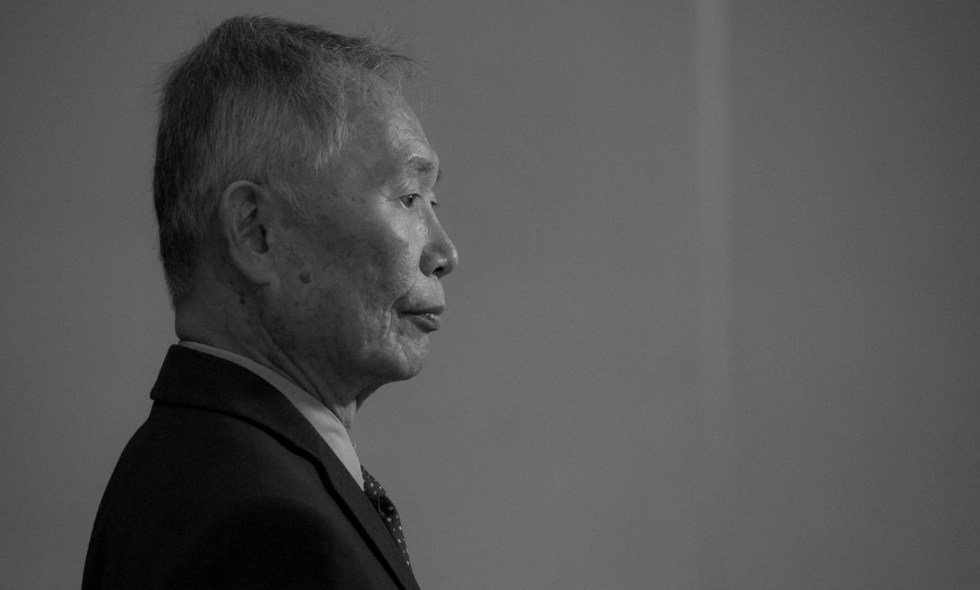 Earlier this week, President Trump tweeted that certain Congresswomen should “go back” to the country they “come from,” even though three out of four of them actually were born in America and all are American citizens. He followed up with a tweet suggesting that anyone who “hates this country” can “just leave.”

This is language most minorities have heard before. But for my family during World War II and our years of internment, it was language that came from the government itself.

During our third year of confinement, on February 23, 1944, the House passed, by a wide margin, H.R. 4103, the so-called "Denaturalization Bill" drafted by then-Attorney General Francis Biddle. The Senate approved the bill on June 23 with little debate and zero opposition, and a week later President Franklin Delano Roosevelt signed it into law. We incarcerated Japanese Americans now had the "right" to officially become "enemy aliens.”

This was a racist taunt on a governmental scale. If we hated America, as our detractors alleged, then now we could “just leave.” In fact, they wanted us out, so they kicked open the door to say, “Go on back to Japan.” But two-thirds of us in the camps were American citizens, and most of us had never even set foot there.

My mother, sister, brother and I were all natural-born Americans, presumptively entitled to all of the privileges and protections of citizenship, even if we already understood this was a lie. And yet, if we renounced our U.S. Citizenship, we would belong to no country at all.

Why would anyone agree to renounce?

At the time, there was great fear that the camps would be closed and we would be released, without any protection, into a nation that feared and despised us. We would be at the mercy of unruly mobs, and the government had already shown it could turn a blind eye to it. A few radical elements at the Tule Lake camp where we were imprisoned had urged their fellow internees to renounce; after all, given how American citizenship had failed to protect any of us, what use was it anyway?

Despite this pressure, very few internees initially renounced. So the radicals began a sustained campaign, arguing that if enough people would give up their citizenship from within the barbed wire fences of the camp, then they would have to keep the camp operating, and our families would be safe from vigilantes on the outside.

After many anguished, tearful discussions with my father, and to help ensure the safety of her family, my mother decided to make a personal sacrifice, and she signed up to renounce her American citizenship. With so many acting as she did, the government indeed had to keep Tule Lake operating.

But the plan struck back with a vengeance. After the end of the war, my mother, who had been born in Florin, California, was now on a list for the first ship sailing for Japan, a war-ravaged, devastated land that was not her home. The ship would carry deported "enemy aliens" and was scheduled to depart on November 15, 1945. Her fate was spared only when a true American hero, an attorney named Wayne Collins, took up her case and hundreds of others, arguing successfully before the courts that, "One can no more resign citizenship in time of war than you can resign from the human race." Many years later, her citizenship was restored, thanks to Collins’ untiring efforts.

When the head of our government throws around words like “go back to where you came” and “why don’t you just leave,” and directs them at U.S. citizens, the traumatic events of our past echo and rebound. For me, it is more than a mere schoolyard taunt, because the nativist and racist underpinnings of it have been deployed before to devastating effect. That is why I cannot simply remain quiet, or dismiss Trump’s words as just more white nationalist dog-whistling. If Trump could have his way, things like citizenship and birthright would be totally irrelevant to whether someone “belonged” in this country. “Belonging” would instead be something that politicians and presidents simply decreed, to be granted or taken away to suit the politics of the day.

My mother barely escaped being sent away, but others were not so fortunate. They were “repatriated” to Japan--a country they had never known. A form of this happens still today, as the Trump administration deports Dreamers who came over to America as children and have spent years or decades here as contributing, taxpaying members of society, only to be summarily dumped into to a completely foreign land. For them, as it was for my mother, there is no going “back home” because America is and has always been home. For any politician to suggest otherwise is a terrifying step that has led, and could lead again, to destroyed lives and unbelievable family anguish.

We must be better than our past history. It is incumbent on all of us to honor the lessons of our shared history so that we do not repeat our past mistakes. My family is American.

The congresswomen are American.

We cannot and will not “go back.”